12 Etz’nab’: Calendar Round return of a prophetic dream
Posted by Marguerite Paquin in Maya Daysigns, Mysteries and unusual events
← Back to Horoscope Blog Home

Jeane Dixon has been referred to as one of the best-known astrologers and psychics of the 20th century, primarily due to her syndicated astrology column, her many books, and some well-publicized predictions. January seemed to be her month, as she was born in January, on as 12 Ik’ day (a “gathering together” type of energy associated with wind/breath/spirit) in 1904 and passed on in January in 1997. 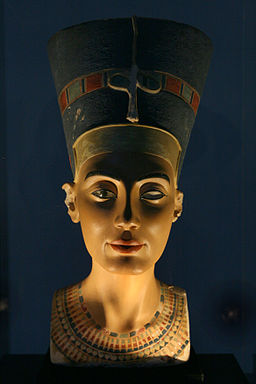 One of her most famous predictions was associated with a dream that she had on Feb. 5th, 1962, at the time of a total solar eclipse. It was a date – so the story goes – that had been predicted by many as being important, as the Sun, Moon, Mercury, Venus, Mars, Jupiter, and Saturn were all reportedly within 16 degrees of each other. The Maya calendar energy of that day was 12 Etz’nab’, a flashpoint type of energy associated with both “flint” and “smoking mirrors” (sometimes aligned with divinationary scrying). And today (Jan. 23, 2014) is the Calendar Round return (or New Fire anniversary) of the same 12 Etz’nab’ 16 Muwan energy that was in place at that time.

In essence the dream involved a visitation by Queen Nefertiti of Egypt, who stepped out of the brightness of the sun’s rays and “thrust forth” a baby, “as if offering it to the entire world”. As the dream continued Dixon saw the baby grown to manhood, and people from all over the world lifting their arms to him, as in adoration. Jeane Dixon felt that this was a dream about someone, a descendant of Queen Nefertiti and the Pharaoh Akhenaton (who was known for his devotion to the Aton – the Sun), who would be “the answer to the prayers of a troubled world”, someone who would revolutionize the world. (Click here for a more detailed description of the dream and her interpretation of it.) 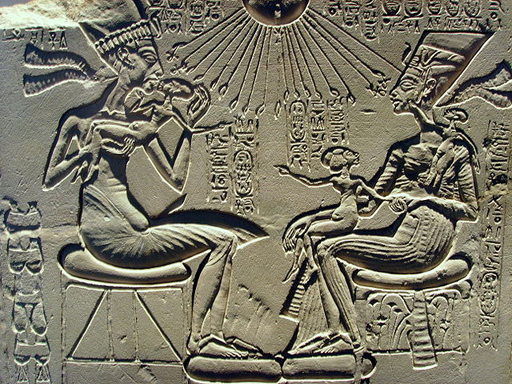 18th Dynasty Egyptian Pharaoh Akhenaten with Queen Nefertiti and their children, from the Egyptian department of the Staatliche Museen zu Berlin; photo by Gerbil via Wikimedia Commons

So what WAS that all about, if anything? Was it simply the strong influence of 12 Etz’nab’ playing tricks at the time of those rare planetary conjunctions, along with the eclipse? Was that day simply the date of the dream or was it referring to someone born on that date? Could it have been related to someone born “around” that time? If it WAS a prophetic dream – and if it was related to someone born “around” that time then now (or close to now) would be an important time for that individual. So who are the candidates? Who is working with the energy of their New Fire at this time? Is he (or she) in the Middle East . . . . or in the White House . . . . or somewhere else?????????

As noted in the report of the dream, Jeane Dixon “experienced perfect peace” in the context of this dream. It is also highly possible, of course, that it was just a lovely dream that took place under a highly “divinatory” kind of energy influence. It could also be symbolic of the work being done by many to bring peace to the many corners of this planet that are in need of this kind of blessing.