Wind, Breath, Spirit, Inspiration, Communication – these are all key aspects of the Ik’ trecena, where there is often strong emphasis on things of an airy nature. On its last appearance, when it transitioned from the end of 2015 to the beginning of 2016 there was severe weather, including blizzards, in many regions. Indeed, some of the most powerful typhoons, hurricanes, and tornadoes ever recorded have roared through this energy frame, so the “wind” aspect is often prominent. At the present time this trecena is arriving just three days after the official “peak” of the Atlantic hurricane season, so some action in that area would not be surprising. 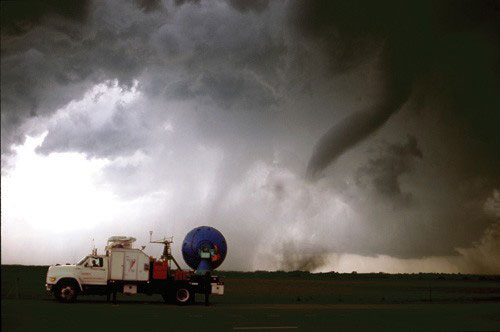 Two cycles ago, on One Ik’ (One Wind), the energy that initiates this trecena, Hillary Clinton announced her campaign to become the Democratic candidate for the U.S. presidential election. And now, with less that two months left until the election, she has been diagnosed with pneumonia and advised to get some rest before continuing with her hectic campaign schedule. Nevertheless, even through this the emphasis will continue to be placed on communication and bombastic rhetoric in the battle to win votes. So there will continue to be a lot of “air turbulence” in that regard. Fittingly, former SNL head writer and current Late Night talk show host Seth Myers, who offers amusing cutting-edge commentary on all this campaign fuss for five evenings a week, was born under this One Ik’ influence.

But as much as there can be much “huffing, puffing, and raging of winds” during this time frame, it is not just about rampaging air. This is a period also associated with the energies of breath, spirit, and communication – aligned with the Mesoamerican deity known as Ehécatl, the wind/breath/spirit form of Quetzalcoatl. While Ehécatl is symbolic of wind, he is also representative of the breath of life, communication, inspiration, and many other things of a spiritual nature. For this reason this trecena was seen traditionally as being oriented around high magic, as in the rare transit of Venus across the face of the sun in 2012 on the first day of this trecena, the birth of a rare white buffalo calf (named Miracle) in 1994, and the opening of the amazing poppy exhibit at the Tower of London in 2014.

On the last appearance of One Ik’ PBS aired a documentary about Amelia Earhart, the pioneering avatrix who was the first woman to fly across the Atlantic, echoing the fact that she made that flight during this trecena in 1928. This is also the trecena that brought the first flight of the twin-engine all-metal Lougheed Model 10A Electra (the type flown by Earhart on her ill-fated final trip) in 1934. As it happens this is also the Maya birth energy of Charles Lindbergh, the aviator who made the first nonstop solo transatlantic flight, from New York to Ireland in the “Spirit of St. Louis”, in 1927. Little could he have imagined that a mere 71 years later the first module of the International Space Station would be transported into space (also during this trecena). 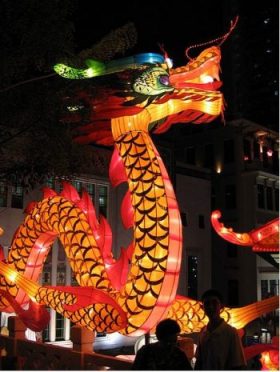 Dragon lantern from the Mid-Autumn Festival in Singapore in 2006

At the present time it appears that there will be much emphasis on things of an uplifting nature as many significant festivals and special events are taking place over the next 13 days, providing many opportunities to be involved in events of importance to the earth and its inhabitants. These include the U.N.’s International Day of Peace, World Car Free Day, Remember Me Thursday, Playing for Change Day, and World Rivers Day. So this is an excellent time to “tune in” and use the magic associated with this energy frame to breathe life into new possibilities.

We begin the trecena with One Ik’, with the energy of the Moon Goddess (generally aligned with the waters of life as well as with healing and divination) working in conjunction with the great “Wind/Breath/ Spirit” deity. These forces influence the entire thirteen day period. Chantico, the Goddess of Terrestrial Fire, who serves as the patron of this time frame can sometimes add fire to the wind but she can also help to provide balance through the warmth and nourishment of her hearth fire if the “winds” that blow through this time frame become too ferocious. During this time of “high magic”, inspiration, and communication, these are the energies that will come into play: 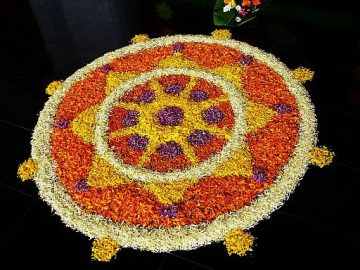 1 Ik’ (Sept. 13th) – the “initiation of wind/breath/spirit”, coinciding at this time with the focal point day for the colourful 10-day Onam harvest festival in India where the ground in front of homes is decorated with wonderful floral carpets called pookkalams, and people celebrate with feasting, new clothes, games, and snake boat races.

Precisely two cycles since Hillary Clinton announced her campaign to become the Democratic candidate for this U.S. presidential election.

2 Ak’b’al (Sept. 14th) – a “dynamic” type of energy associated with the temple or “house” of deep esoteric mysteries, this time in tandem with end of the Hajj, this year’s Islamic pilgrimage to Mecca

3 K’an (Sept. 15th ) – an “activation” type of energy associated with both germination and opulence; this time correlating with the start of the Chinese Mid-Autumn Moon Festival, considered to be very auspicious, and the gala “Tony Bennett Celebrates 90” event at Radio City Music Hall in honour of Tony’s milestone birthday last month. At the current time a Google doodle is honouring aviatrix Jean Batten (also born in an Ik’ day), who has been called the “golden girl” of 1930’s aviation for her record-breaking solo flights.

On this day U.S. Secretary of State John Kerry will host the 2016 Our Ocean summit in Washington, D.C., with the focus being on such issues as marine protected areas, sustainable fisheries, marine pollution, and the impact of climate on the oceans. At this time President Obama will announce the creation of Northeast Canyons and Seamounts Marine National Monument, to protect an ecologically sensitive area off the coast of Cape Cod. 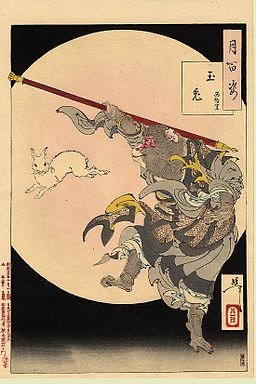 4 Chikchan (Sept. 16th) – the “defining” of Lifeforce, a Burner Day associated with “running with the fire”, in conjunction with Quetzalcoatl’s connection with Liberation and Higher Consciousness, coinciding at this time with the Harvest Full Moon and a Preumbrial Lunar Eclipse (when Earth’s outer shadow falls across the face of the moon), the last eclipse of the year. In many parts of the world this day will be celebrated as the Monkey God/Monkey King Festival. In Mexico parades, feasting, and fireworks will mark Independence Day. On this day Canada will host the Global Fund’s Fifth Replenishment Conference to fight AIDS, Tuberculosis, and Malaria. (Last May Justin Trudeau announced that Canada will donate $785 million to this fund over the 2017-2019 period.)  Second day of the Our Ocean summit in Washington D.C.

5 Kimi (Sept. 17th) – a “precision” type of energy associated with “absolute foundations” – often a “game changer”, as it was when this energy was in place on New Year’s Day of this year. This is the Maya birthday of gun inventor Samuel Colt, so it was interesting to see President Obama announce, on the last appearance of this day, that he was directing his staff to look into executive actions that he might take to revise U.S. gun laws to address the “epidemic of gun violence” in that country. On that same day a new law came into effect in Texas that allows gun owners to carry their guns in holsters (for the first time since 1871). At the present time this energy correlates with the opening of the 183rd Munich Oktoberfest, one of the largest festivals in the world (600 million visitors are expected) and the last day (the key day) of the Chinese Mid-Autumn festival. 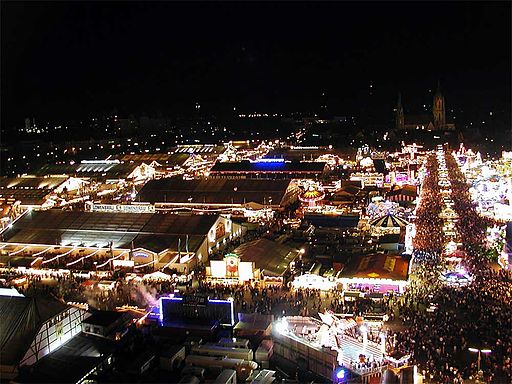 6 Manik’ (Sept. 18th) – the energy of the six directions in conjunction with the reciprocity-oriented (but sometimes “sacrificial”) energy of the deer (traditionally seen as a “carrier for the sun” on Earth), at the time of Terry Fox Day (the 36th anniversary of the Terry Fox run), the closing of the Paralympics in Brazil, and parliamentary elections in Russia. A New Fire anniversary of the energy in place when an assassination attempt was made on Teddy Roosevelt. Maya birth energy of Mother Theresa who was canonized on Sept. 4th

7 Lamat (Sept. 19th) – “self-generating star” or beacon; a strong “heralding” type of energy, as well as a force that has been historically associated with strong winds (even hurricanes). On this day the UN will host a high-level summit to address issues associated with immigration and migration, with the aim of finding a humane and coordinated approach for offering assistance to large movements of refugees and migrants.

9 Ok (Sept. 21st) –an “outwardly-projecting” type of energy associated with love, loyalty, and guidance that can have long lasting influence; a “double-fire” type of energy often aligned with “hearth-fire” or even “heart-fire”, this time in conjunction with the 32nd anniversary of the U.N.’s International Day of Peace. It is also the 240th anniversary of the Great Fire of New York (in 1776). 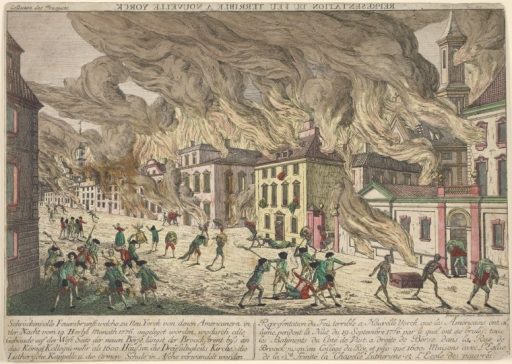 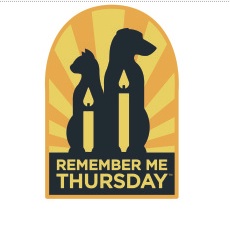 from the Remember Me Thurs. campaign

10 Chuwen (Sept. 22nd) – “foundational play”; a creative time-weaving type of force, this time in conjunction with the Autumn Equinox, World Car Free Day , Elephant Appreciation Day and .Remember Me Thursday, a day that is the focal point for a global campaign to increase awareness of pet adoption organizations around the world – a campaign to help orphaned pets to find forever homes. 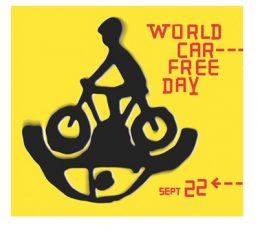 11 Eb’ (Sept. 23rd) – inspirational “animating vitality”, aligned with change and new possibilities, on the last day of UN General Assembly week. One cycle since the release of David Bowie’s Lazarus video, three days before his passing last January. Maya birthday of the much-loved Gene Wilder, whose passing at the end of last month left the world just a little bit sadder. As movie reviewer Devin Faraci put it: “What made Wilder so special was the sense of decency inside every one of his characters . . . There was a constant sensitive intelligence that Wilder had running under the surface at all times.” 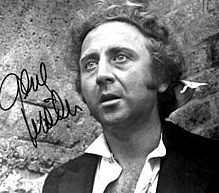 Also the Maya birth energy of the multi-talented Garry Marshall, who was the leading force behind many beloved television series (such as Happy Days, Mork & Mindy, and The Dick Van Dyke Show) and many movies. Garry Marshall was born just two Tzolk’in cycles after Gene Wilder, and his passing came just 6 weeks before Gene’s. His loss shook both the entertainment industry and the millions of fans who continue to watch these shows long after their original production. At the present time this day marks the beginning of early voting in the U.S.

12 B’en (Sept. 24th) – a “grouping together” type of force aligned with personal authority, a double-Quetzalcoatl type of force, at the time when Victoria welcomes the arrival of Prince William, his wife Kate, and their family to British Columbia. Also  Playing for Change Day (a global event for social change through music) and International Rabbit Day. Eight cycles since the beginning of the revolutionary wave (in January 2011) that became known as the Arab Spring. 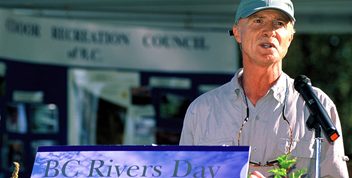 13 Ix (Sept. 25th) – “transformational Jaguar” – a double transformation type of energy associated with the Jaguar, earth mysteries, and high magic, this time in conjunction with World Rivers Day, in celebration of the world’s waterways. The UN Security Council meets on this day to discuss the military escalation against Aleppo in Syria. This is also the day when Prince William and the Duchess of Cambridge are scheduled to visit Vancouver as part of their B.C. and Yukon tour.