Glitzy, glamorous, sparkling, and influential – that is the nature of today’s 9 Etz’nab energy. And today all of that and much more has set Toronto abuzz at the Art Gallery of Ontario’s opening of the highly acclaimed “David Bowie Is”, a 50 year retrospective of the singer/performer’s life and influence as a groundbreaking artist, pop icon, and stylistic trend-setter. 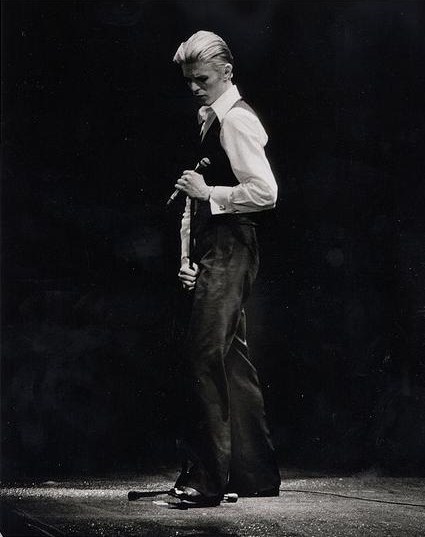 Described as the “most talked about exhibition of the year” during its record-breaking run at the Victoria and Albert Museum in London (where the show opened one day after his 4 Chuwen Maya birthday – and has since been seen by over 300,000 people), this show features over 300 of Bowie’s personal objects, including dazzling costumes, art works, drafts of “works in progress” of his musical creations, and interactive presentations that highlight Bowie’s various stylistic explorations. Today’s opening marks the start of an international tour that will include Sao Paulo Brazil, Chicago, and Paris. In Toronto the show runs through to Nov. 27th.

And speaking of performers and performances – today’s 9 Etz’nab was the attention-grabbing energy that was in place when the first riot following an Elvis Presley concert broke out, in 1955 – followed precisely one cycle later by Elvis’ national TV debut, on 9 Etz’nab’ in Jan. of 1956.