After a stormy 13 days that has brought both extreme weather and massive protest demonstrations in many regions, the Eb’ trecena holds the possibility of bringing some much needed relief. Affilated traditionally with renewed vitality and fertility, the healing potential of this Eb’ timeframe was often recognized through feasting, dancing, and general celebration.

In the past the forces in play during this energy frame have brought forth many new ideas, new visions of possibilities, and new opportunites, as seen in 1789 when George Washington was unanimously elected as the first president of the United States on the first day of this Eb’ trecena; in 1861 when President Abraham Lincoln was inaugurated on the fifth day of this period; and in 2007 when Barack Obama announced his candidacy for the U.S. presidency on the eight day of this time frame.

On the last appearance of One Eb’ in March of this year Vladimir Putin took advantage of this energy as he signed a treaty to annex Crimea, and – in a televised speech – dismissed Western criticism of the Crimea referendum. That was also the day when the last Canadian soldiers returned home from their mission in Afghanistan, a mission that took the lives of 162 Canadians.

With Eb’ being representative of the “dew of life” there is often a “refreshment” aspect to this time sequence, a kind of “go with the flow”, or even path-finding type of energy that can bring forth new opportunities or initiatives. This can be seen in the lives of many leaders who have been born during this trecena, such Queen Elizabeth I, who turned her country into major political and economic power during the 16th century, and John F. Kennedy, who infused new vitality into the presidency of the United States. 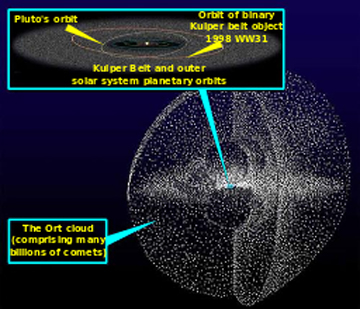 One of these leaders was Jan Henrik Oort, born in 1900 under the same 4 Men (“Burner”) influence as was JFK as few years later. Referred to “the great oak of astronomy”, Oort was the Dutch astronomer who stimulated radio astronomy, mapped our spiral galaxy, and discovered the very Eb’ looking Oort cloud or “galactic halo”.

Perhaps it was this halo that triggered the fireball (likely an extra-bright meteor) that shot through the early morning sky over Eastern and Atlantic Canada just as this trecena was coming into place last March. It was described as a great flash of light that lit up the sky; and a “great big orange ball,  like the sun dropping out of the sky”. Not to be outdone, the sun also contributed energy towards the end of the trecena, as it first shot forth twin M2 class solar flares and then a brief but intense X1-class flare.

This was also in keeping with the renowned celestial event that took place in 2007 under the same energy influence as was in place at the time of Jan Oort’s birth. That 2007 event was the huge outburst by Comet Holmes as it unexpectedly increased in magnitude by a factor of about half a million in the largest known outburst at that time. Many saw it as being one of the candidates relating to the “Blue Kachina” prophecy of the Hopi that suggested that a blue sphere such as this would mark the end of time.

This particular trecena is now coming into place right around the time when a Ukubuyisa (bringing back the dead) ceremony is scheduled to be held in Nelson Mandela’s village of Qunu, approx. one year after his funeral (which was on Dec. 15th last year). As this is a joyful ceremony that enables the deceased to come back to look after the family as a respected ancestor, this trecena would be a good time for such a ceremony to take place. 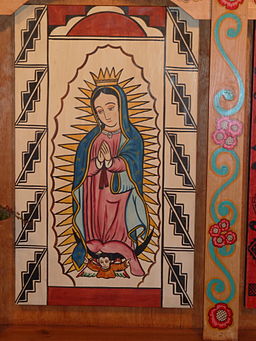 The Mexican festival day devoted to Tonantzin, the Nahuatl name for Our Lady of Guadalupe, the “Venerable Mother” who miraculously appeared in 1531 near present day Mexico City, will also be held during this trecena. It is Our Lady of Guadalupe who eventually became known as the Patroness of Mexico.

With many new energies flowing through this time frame, there is the potential for things to get a little “heady”, particularly as the energies build up towards the end of the trecena, as happened in Sumatra just after Christmas in 2004 when a 9.1 earthquake ripped apart the ocean floor off the coast of that region and sent a humungous wall of water crashing into 14 countries in Southeast Asia, killing over 230,000 people and washing away entire villages. Last March the last day of this trecena pummelled Hong Kong with a “biblical” rain/hailstorm. So – “finger crossed” as 13 K’an approaches.

Over this thirteen-day period these are the energies that will unfold:

1 Eb’ (Dec. 3rd) – the “initiation” of “animating vitality”, the stream-of-consciousness, “find your own path” type of force that influences this 13-day time frame

2 B’en (Dec. 4th) – a dynamic type of energy aligned with the “generation” of personal authority, as was in place at the birth of Queen Elizabeth I in 1533. Airing of a special live musical performance of Peter Pan.

3 Ix (Dec. 5th) – the “activation” of mystery and magic, this time on the 87th birthday of King Bhumibol Adulyadej of Thailand, the world’s longest-serving current head of state. Beginning of the spectacular Festival of Lights in Lyon, France, and the rescheduled day for the historic first test launch  of the Orion spacecraft, designed to eventually send astronauts out beyond Earth’s orbit. 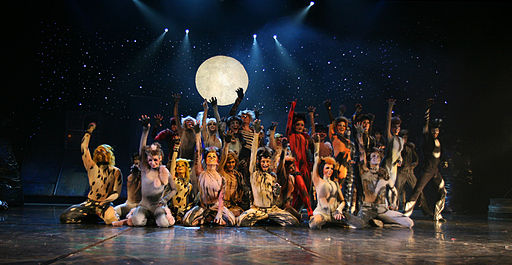 4 Men (Dec. 6th) – a “defining” energy related to the “high vision” of the Eagle, this time in conjunction with the Full Moon, on the opening day of the London revival of the Cats musical.  This “double solar” energy is a Burner Day associated with “running with the fire”, an energy that can sometimes bring a great deal of “firepower”, as in the outburst of Comet Holmes, just after the Orionids meteor shower in 2007.

5 Kib’ (Dec. 7th) – a “blessing” or “precision” type of energy associated with the “Vulture’s” high- flying ability to survey and its ability to “clean things up”, as when President Abraham Lincoln was inaugurated under this influence in 1861

6 Kab’an (Dec. 8th) – a “movement (or earth movement)” type of energy combined with the “all directions” force of the number six, as when Russia held its first democratic elections in 1991; this time in conjunction with the feast of the Immaculate Conception in the Catholic tradition and the first day of Hanukkah in the Jewish tradition 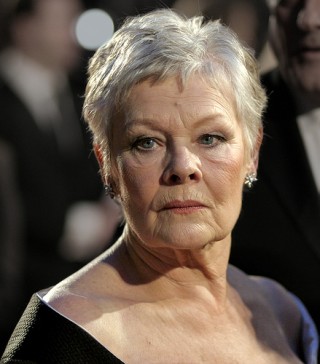 Judi Dench at the BAFTAs at the Royal Opera House in London in 2007.
Photo Credit: Caroline Bonarde Ucci [CC-BY-3.0, via Wikimedia Commons]
Dame Judi will celebrate her 80th birthday during this trecena.

7 Etz’nab’ (Dec. 9th) –“self-generating flint” – an energy that sparked major solar flares in 2005; Also representative of the “knife-edge” of discrimination, this energy spawned a Global Day of Action in 2007 that involved anti-war demonstrations in cities across the U.S. and in many other countries. This also marks the New Fire anniversary of the beginning of the “Big Freeze” in the U.K. in 1963; after this there were no frost-free nights until March 5, 1963. On this day at the mid-point of the trecena the superlative British actress Dame Judi Dench celebrates her 80th birthday. 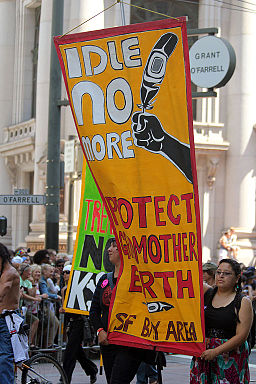 This energy comes in at the time of the funeral of beloved Canadian hockey icon Jean Beliveau, whose death came on the final day of the last trecena. (He was born on an 11 Ik’ day in 1931, also in this current trecena).

On this day Canada’s Assembly of First Nations is scheduled to elect  a new National Chief – on this second anniversary of the start of the Idle No More movement which have included a number of protest demonstrations to draw attention to pressing issues associated with First Nations.

9 Ajaw (Dec. 11th) – an “outwardly projecting”, double-fire type of force associated with the full sun, as manifested in the eruption of the Grimsvötn volcano in Iceland in 2011. Jupiter at its stationary point. Last day of the 3-day Special Chief’s Assembly in Winnipeg.

10 Imix (Dec. 12th) – a “source” based energy aligned with birth; sometimes associated with idea of “the exalted” person, this time in conjunction with the Mexican festival day devoted to Tonantzin, Our Lady of Guadalupe; also the opening day for the Star Trek Convention in Seattle.

11 Ik’ (Dec. 13th) – “inspirational” wind/breath spirit; the energy that was in place on January 1, 2000 when millions of people celebrated the coming new millennium, and also at the birth of Jean Beliveau in 1931. At this time this energy coincides with the Geminids Meteor Shower.

12 Ak’b’al (Dec. 14th) – a “grouping together” type of energy associated with darkness, in conjunction with the second night of the Geminids Meteor Shower and World Monkey Day. 12 Ak’b’al was the energy in place at the time of the 2004 Sumatra tsunami and again in 2011 when the ash cloud from the Grimsvötn volcano grounded about 500 flights in the U.K.

13 K’an (Dec. 15th) – transformational “generative vitality”; a powerfully exuberant force that can instigate a great deal of action on many fronts, as in 1992 when a massive fire broke out at Windsor Castle, damaging or destroying over 100 rooms and many priceless treasures, and in October of 2012 when Hurricane Sandy churned off the coast of Florida en route to the New York/New Jersey coast. One year since Nelson Mandela’s state funeral. The 75th anniversary of the opening of Gone With the Wind.