The Wind: It was a wild day that for some reason brought out hordes of people – why everyone wanted to be out doing “whatever” in the midst of the torrential downpour was a mystery to me – and yet there we were as well. It was last Sunday’s 13 Ik’ – transformational wind, breath, spirit – at the end of the last trecena, and “something” was in the air. It was something disturbing and unnerving, that seemed to be playing havoc with electronics – “something” that even zapped the exit terminal that was supposed to read our parking receipt to let us out of an underground parking lot, but didn’t  . . . . requiring an on-foot search for the reclusive parking lot attendant who eventually appeared (30 min. later) to manually lift the bar that was holding us (and many others) hostage.

We found out later that this “transformational spirit” energy was doing just that – as one of Canada’s most honoured, respected, and beloved journalists passed to a higher plane. On this day Canada lost Roy Peterson, one of the greatest political cartoonists the world has ever known. His work had graced the pages of The Vancouver Sun for 47 years. He had won seven National Newspaper awards, more than any other journalist, and he had been awarded the Order of Canada. His work never ceased to amaze – the unsurpassed artistry of his pieces, his wit, his humour; it was a joy to open the paper in the morning to see what magic he had created to highlight the latest political absurdity. And he was now gone. No wonder it was unnerving!!

Over the past few days a number of tributes to Roy have appeared in print and on the internet. One of the best can be found here, at filibustercartoons.com, in an article that includes many exquisite examples of his works.

For those who would like to reflect back on his amazing body of work SFU has a great online library of his masterpieces, which can be found at http://edocs.lib.sfu.ca/cgi-bin/Cartoons (just type in Roy Peterson and 695 glorious cartoons will present themselves for your viewing pleasure).

Fare thee well, Roy. Your passage was felt by many and I know that I speak for hundreds of thousands when I say that you will be greatly missed.

The Darkness:   It was also the eve of 1 Ak’b’al – the dreaming, darkness-oriented energy that has a history of  bringing forth such things as blackouts and shutdowns. And the U.S. government was in the midst of doing just that. Among the many spectacular shutdowns that have happened under this enigmatic influence was the Fall of Rome, attributed specifically to the day that Rome was sacked in the year 410, which equates to Maya day 1 Ak’b’al.  Turmoil reigned on that day and thousands of lives were changed or lost. And so as this trecena unfolds at the present time hundreds of thousands await – some with empty stomachs and empty coffers – to see what the fates will bring. 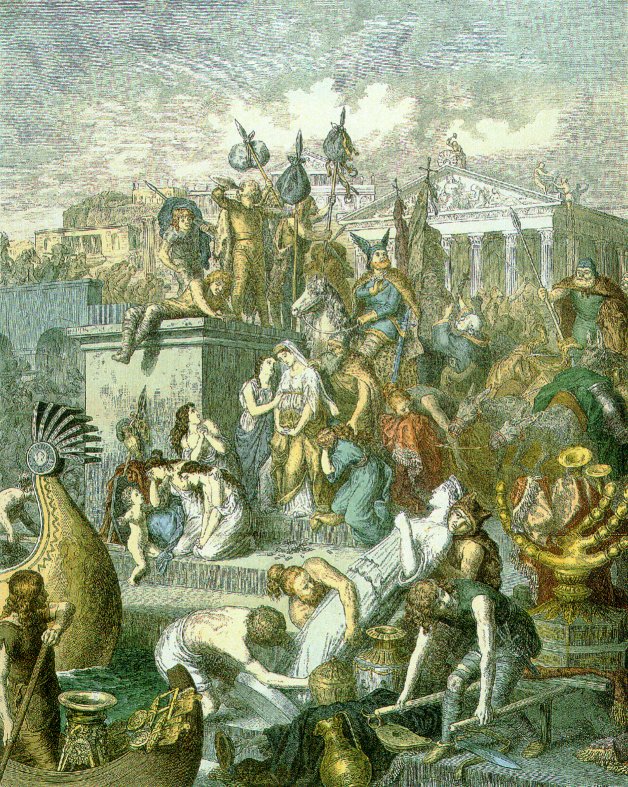 Sack of Rome (by Heinrich Leutemann)

The Red-Crested Woodpecker:   Ah, lovely 3 Chikchan (Oct. 2) – the “activation of Lifeforce” – this is a Burner Day that always seems to hold some sort of promise. And on a morning walk with my four-legged goddess yesterday a Lifeforce vision appeared in the form of a gorgeous red-crested woodpecker that flew in and landed on a large tree right in front of us – and then tapped its way straight up to the top. 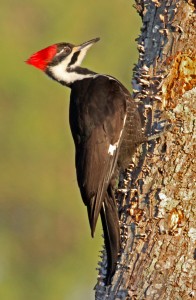 “It’s time for renewal,” he seemed to be saying, and his gorgeous red plumage seemed to be emblematic of the East and the rising sun, an echo of the red aligned with Chikchan’s serpentine energy. Known for its drumming, the pileated woodpecker is symbolically connected to the heartbeat and the sacred rhythms of life.  Its superb demonstration of how to climb and drum at the same time provided a spectacular illustration of what can be accomplished through balance and focus – a great reminder that even in the darkness there is hope – and light – and the promise of new possibilities.