As we have seen, the last trecena unfolded very much in alignment with the energies that were outlined in the Sept. 2nd post. From the “Countdown”  at the beginning of the trecena, to the Vatican prayer vigil on 4 Ajaw, to the intense energetic developments on 9 Chikchan (including weather-wise), to the US-Russia agreement on 11 Manik’, to the torrential rains and hurricanes at the end of the trecena – as well as a powerful typhoon that hit Japan on the last day – the Kab’an trecena certainly delivered according to its own mandate. Even the righting of the shipwrecked Costa Concordia under the “transformational water” influence of 13 Muluk was “right on schedule”. 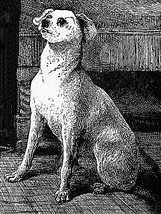 Perhaps because of the fact that the Kab’an trecena has a history of “shaking things up”, the beginning of the Ok trecena, that comes into being on Sept. 17th, was celebrated traditionally as an ancient feast day of renewal, oriented around the idea of guidance, justice, and the renewal of life. With Ok (the dog) as the guiding force throughout this time frame, this trecena often has a tendency to push things towards the light so that “justice can be served” and new possibilities can be opened up.

During this trecena, which was traditionally seen to be under the influence of Xipe Tótec, the Lord of Renewal, a strong sense of guidance in conjunction with the energies of renewal come into play. Often there is some carry-over from the Kab’an trecena, with follow-up developments sometimes unfolding at this time, as happened when Apollo 13 safely landed after an aborted moon flight in 1970. During the Ok trecena in 1974 U.S. President Nixon’s impeachment hearings, begun in 1973, were approved by the House Judiciary Committee, leading to the release of the “smoking gun” tape that precipitated Nixon’s resignation.  Other significant events that have occurred during this trecena include the revival of the Olympic Games in 1896; the enormous Dunkirk rescue operation during World War II; the inauguration of President John F. Kennedy in 1961, and his assassination in 1963; the transfer of political authority back to Iraq in 2004, the approval of the U.S. financial bailout in 2008, and the passage of the U.S. debt bill in 2011.

Historically, the day known as 4 B’en, coinciding this time with Sept. 20th, has been one of the key days during this time frame. It was this “defining of personal authority” influence in 1948  that brought forth the adoption of the Universal Declaration of Human Rights by the United Nations, and it was this same influence that stopped everyone in their tracks on that fateful day in November of 1963, when the U.S. lost a president who had represented hope for a great many people. Nearly forty years later, in 2003, the space shuttle Columbia set out on its final flight on a 4 B’en day, and carried out its mission throughout this trecena before its tragic demise in the trecena that followed. Five years after that this was the day that saw the largest U.S. bank failure in 25 years.

As this trecena immediately follows the “movement” related trecena associated with Kab’an– a time when new ideas or pathways can often appear – this Ok trecena often provides opportunities to hone those ideas, particularly if there is a “guidance” or “justice” aspect that comes to light – as noted below with regard to 2 Chuwen.  During this time frame these are the energies that will come into play:

1 Ok (Sept. 17th) – the “initiation of love, warmth, guidance” – an energy that can be seen as having an ability to shine light on things previously unseen; an ancient Maya Feast Day of Renewal; the birth energy of Gordon Tootoosis, the acclaimed actor, activist, and Order of Canada recipient who was dedicated to preserving aboriginal culture

2 Chuwen (Sept. 18th) – a dynamic type of energy traditionally aligned with creativity, and often involving some kind of “intense heat”, as seen last year on the Two Chuwen day when a mid-range (M1.7-class) solar flare blasted out into space. As this is a solar force within a fire-oriented time frame, this energy can trigger intense action. Arriving one Tzolk’in cycle after New Year’s Day, this energy is coinciding at this time with the start of the Reconciliation Week events in Vancouver, which are dedicated towards opening new possibilities and building stronger relationships between Aboriginal peoples and the wider community. The Truth and Reconciliation Commission hearings in Victoria on residential school abuses had taken place exactly one cycle earlier.

3 Eb’ (Sept. 19th) – the activation of “animated vitality”, a pathfinding/stream-of-consciousness type of force, as was in place in 2010 when the massive 8.8 Chilean earthquake slightly shifted the earth’s axis; this time arriving at the time of a Full Moon

4 B’en (Sept. 20th) – a “defining” energy associated with personal authority; a highly consequential day in world history, as this was the energy in place at the time of the assassination of President John F. Kennedy in 1963; this was also in place at the time of the largest U.S. bank failure in 25 years (in 2008), and then in place again last year when a new U.S. debt bill was passed and signed into law. This year this is the first day of the  “10 Billion Beats” global event (see http://www.10billionbeats.com/intro.html)

5 Ix (Sept. 21st) – a “blessing” or “precision” type of energy associated with mystery and    transformation, as was in place at the opening of the Paris Peace Conference for negotiation of treaty settlements after World War I; this time coinciding with the UN International Day of Peace

6 Men (Sept. 22nd) – an “everywhere” type of energy associated with the high vision of the eagle, this time coinciding with the Autumn Equinox; in Vancouver this will be the day of the Reconciliation Walk, where thousands of people representing political parties, schools and universities, religious organizations, health workers, workers’ unions, cultural groups, and many other facets of society will walk together in support of reconciliation with Aboriginal peoples

Namwayut (“We Are All One”)
Reconciliation Canada banner

7 Kib’ (Sept. 23rd) – a self-generating type of energy, often associated with an effort to restore order; Tzolk’in anniversary of the energy in place at the time of the state funeral and burial of President John F. Kennedy in 1963

8 Kab’an (Sept. 24th) – a “resurrection” type of energy associated with “evolutionary” movement; Tzolk’in anniversary of the energy in place at the time of the inauguration of John F. Kennedy in 1961

9 Etz’nab’ (Sept. 25th) – representative of “outwardly-projecting” flint, a “spark-oriented” type of energy that can be quite attention-getting

10 Kawak (Sept. 26th) – “foundational storm” – an energy associated with intense catalyzation that can manifest in strong weather systems, or in the launching of influential endeavors

11 Ajaw (Sept. 27th)  – an “inspirational sun or inspirational enlightenment” Burner Day, as in the birth energy of Albert Einstein; under this influence in August of  2011 there was a rebound in the North American stock market and the price of gold rose to an unprecedented $1743/oz., on the same day as the sun emitted an Earth-directed X6.9 solar flare

12 Imix (Sept. 28th)  – a “gathering together” type of force oriented around new beginnings (often “cosmic”), as in the announcement on 12 Imix in 2006 of the redefining of the solar system

13 Ik’ (Sept. 29th) – transformational wind, breath, and spirit, as was in place last year when the space shuttle Enterprise, riding piggyback on a modified jumbo jet, made a low altitude flight over the Statue of Liberty, Lower Manhattan, and Long Island before landing at Kennedy Airport, prior to being installed at the Intrepid Sea, Air, and Space Museum in Manhattan. This time this energy coincides with Michelmas, the Feast Day of St. Michael