Love, Justice, Loyality, Warmth, Fire, Guidance – these, and so much more, are key ideas associated with “Ok”, the Yucatec Maya word for Dog. This is the theme for this time frame. 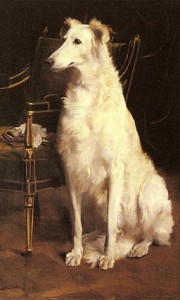 As usual, a considerable amount of “evolutionary movement” took place during this past Kab’an trecena, through such events as the military coup in Thailand, the history-making elections in places such as Egypt, Ukraine, and the EU, the highly controversial Syrian elections, and the withdrawal of large numbers of pro-Russian forces from the Ukraine border. So as we revisit the Ok trecena, the emphasis shifts towards pushing things towards the light so that “justice can be served” and new possibilities can be opened up.

The last opening of this trecena coincided with the opening of a significant event for Aboriginal communities in Canada, as representatives from more than 150 First Nations groups, in 60 canoes and other vessels, took part in an All Nations Canoe Gathering at the opening of the Truth and Reconciliation week in Vancouver. Devoted to addressing issues associated with the horrific abuses inflicted on children in the context of the dreadful church-run residential-school system that was designed to assimiliate these children into mainstream society, this provided an important opportunity for survivors to tell their stories, and to continue the work needed to address the impact of that shameful period of history.

The timing for this event was perfect, as the first day of this trecena was celebrated as an ancient Feast Day of Renewal, oriented around the idea of guidance, justice, and the restoration of life. As this energy comes into place this time it will coincide with the 25th anniversary of the Tiananmen Square massacre in China when the Chinese army opened fire on anti-government demonstrators. So with this anniversary those same issues will be brought into focus once again. Such opportunities to refocus are very much in line with this trecena as this is an energy sequence that was traditionally seen to be under the influence of Xipe Tótec, the Lord of Renewal, a time when a new sense of guidance in conjunction with the energies of renewal come into play. Frequently there is a carry-over from an earlier time, with this trecena providing opportunities for follow-up developments. 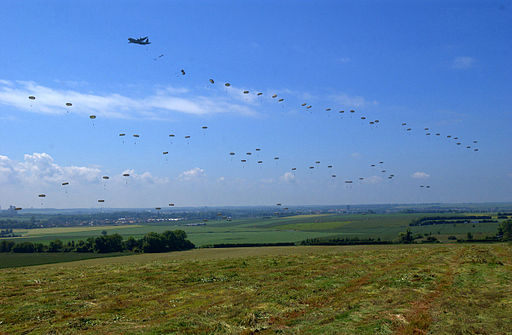 Now, as this trecena opens, commemorative events associated with the 70th anniversary of D-Day are underway, with the main event being honoured on June 6th. As this was such a monumental event in world history – the greatest amphibious assault ever staged, marking the beginning of European liberation, the importance of this commemoration can’t be over emphasized. This is a time to remember the extraordinary effort put forward by the 160,000 Allied Forces (along with 11,600 assorted aircraft and close to 7,000 vessels) who faced enormous odds when they landed on the beaches of German-held Normandy.

As this commemorative day unfolds, 19 heads of state including Queen Elizabeth II, Barack Obama, Angela Merkel, and Vladimir Putin will be in attendance at the ceremonies, along with 200,000 visitors. Once again the timing is perfect, as this event will be held on Maya date 3 Eb’, associated with the “activation of healing”.

Lest we forget, in the past this trecena has also brought forth the enormous Dunkirk rescue operation in 1940, when over 330,000 Allied troops were evacuated by 861 vessels; the adoption of the Universal Declaration of Human Rights by the United Nations in 1948; and both the inauguration of President John F. Kennedy in 1961, and his horrific assassination in 1963.

So often monumental events such as these can leave the “ordinary citizen” feeling somewhat helpless and insignificant. And yet, it is amazing to see what “grass roots” initiatives can do to create change. Indeed, hundreds of “ordinary citizens” jumped into boats and headed across the English channel to participate in that amazing 1940 evacuation. And two years ago it was just a small idea in Bogotá that encouraged people to “intervene” for the betterment of society by creating street art, urban gardens, beautification projects, and social events oriented around the enhancment of life. In just a short time that “100 in I Day” idea developed into a global movement that is now inspiring and empowering people to infuse positive energy into the world around them. This year Vancouver is going to give it a whirl as it engages in its own “100 in I Day” festival on June 7th under the highly consequential influence of 4 B’en. Perhaps this will encourage more people to engage in such interventions on a more frequent basis. 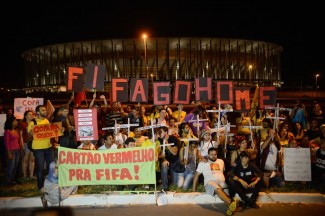 Members of of the Cup Popular Committee protest with crosses next to Mané Garrincha National Stadium, as a hommage to nine people who died at work in the Cup stadiums. Photo Credit: By Fábio Rodrigues Pozzebom/Agência Brasil [CC-BY-3.0 (http://creativecommons.org/licenses/by/3.0)], via Wikimedia Commons

And then there is Brazil, as in the opening of the World Cup on the decisive ninth day of this trecena, which brings the reminder that this is the point that can foment some highly attention-getting action. With some 900,000 visitors expected to arrive in Rio, large numbers of protestors speaking out against the raids on slum areas, and some 10,000 riot troops on patrol in the 12 cities that will host the games, it will be a volatile mix. Combine this with the intense energies associated with the last four days of this trecena and it will very likely be a “hot time” in Rio as these games get underway.

So as we go through this period of guidance, justice, and the restoration of life, many benefits may be forthcoming through the return of these themes, both globally and personally. During this time frame these are the energies that will come into play:

1 Ok (June 4th) – the “initiation of love, warmth, guidance” – an energy that can be seen as having an ability to shine light on things previously unseen; an ancient Maya Feast Day of Renewal, coinciding at this time with the opening of the 40th G-7 summit in Brussels, which the leaders of seven major nations will focus on the Ukraine situation, as well as energy security and the global economy. Also the 25th anniversary of the Tiananmen Square massacre in China, and the 25th anniversary of the historic first free post-war elections in Poland, which marked the end of communism in that country. President Obama will be speaking in Warsaw to mark the occasion.

2 Chuwen (June 5th) – a dynamic type of energy traditionally aligned with creativity, and often involving some kind of “intense heat”. As this is a solar force within a fire-oriented time frame, this energy can trigger intense action, as it did last September when this trecena coincided with Reconciliation Week events in Vancouver, which was oriented around building stronger relationships between Aboriginal peoples and the wider community. On this particular day of creativity and “play” Jane Fonda will receive the 42nd AFI Life Achievement Award.

3 Eb’ (June 6th) – the activation of “animated vitality”, a pathfinding/stream-of-consciousness type of force, coinciding with the 70th anniversary of the D-Day landings

4 B’en (June 7th) – a “defining” energy associated with personal authority; a highly consequential day in world history, as this was the energy in place at the time of the assassination of President John F. Kennedy in 1963, at the time of the largest U.S. bank failure in 25 years (in 2008), and in place again in 2011 when a new U.S. debt bill was passed and signed into law. This time this energy coincides with the swearing-in ceremony in Kyiv of Ukrainian president-elect Petro Poroshenko, and with Vancouver’s first 100 in 1 Day.

5 Ix (June 8th) – a “blessing” or “precision” type of energy associated with mystery and transformation, as was in place at the opening of the Paris Peace Conference for negotiation of treaty settlements after World War I; this time this energy coincides with World Oceans Day

7 Kib’ (June 10th) – a self-generating type of energy, often associated with an effort to restore order; start of a 4-day Global Summit to End Sexual Violence in War Zones

8 Kab’an (June 11th) – a “resurrection” type of energy associated with “evolutionary” movement; Tzolk’in anniversary of the energy in place at the time of the inauguration of John F. Kennedy in 1961

9 Etz’nab’ (June 12th) – representative of “outwardly-projecting” flint, a “spark-oriented” type of energy that can be quite attention-getting; this time in conjunction the elections in Ontario, and with the opening of the 2014 FIFA World Cup in Brazil, with 32 national teams participating

10 Kawak (June 13th) – “foundational storm” – an energy associated with intense catalyzation that can manifest in strong weather systems, or in the launching of influential endeavors; this time in conjunction with the Full Moon

11 Ajaw (June 14th) – an “inspirational sun or inspirational enlightenment” Burner Day, this time in conjunction with the “official” celebration of Queen Elizabeth’s birthday. Under this influence in 2011 the price of gold rose to an unprecedented $1743/oz. on the same day as the sun emitted an Earth-directed X6.9 solar flare.

12 Imix (June 15th) – a “gathering together” type of force oriented around new beginnings (often “cosmic”), this time in conjunction with Father’s Day

13 Ik’ (June 16th) – transformational wind, breath, and spirit, Maya anniversary of the final day of the enormous Dunkirk rescue operation during World War II. Also Youth Day in South Africa in honour of the struggle for better education for youth.