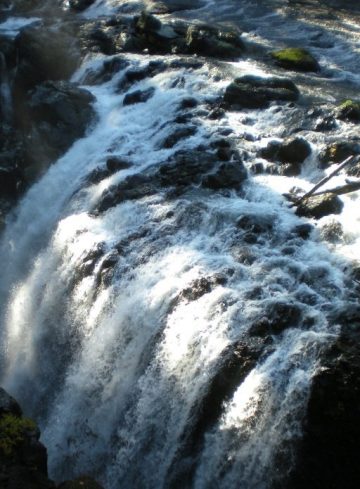 Water – cleansing, nurturing, refreshing, lifegiving –  don’t we all need more of that these days?

“Oh sacred water – we come to you with great reverence and appreciation . . . . (from “We are Protectors of the Water”)

Keeping the focus on these kinds of positive aspects of water, we can see that this water-oriented Muluk trecena will be bringing forth a number of events of an energizing, “life engaging”, nature, such as the opening of Carnival in Rio and Mardi Gras in New Orleans, the continuation of the Carnevale de Venice, the Quebec Winter Carnival, and the opening of the Winter Olympics in Pyeongchang, South Korea.

All of these events amalgamate well with the “jewelled” turkey, the Maya calendar patron of this trecena. A symbol of abundance, this is an energy that has been known to open the door to many new and exciting possibilities, an energy frame than can trigger major unexpected shifts in direction.

Chalchiuhtlicue (“She of the Jade Skirt”), from the Codex Borgia. Public domain, via Wikimedia Commons.

As One Muluk (the water-oriented Moon Goddess partnering with the generative energy of water) will correlate at this time with another strong water-oriented influence, this amalgamation represents a force that can be both stimulating and cleansing, holding the potential to shift things within personal lives or even change the world.

Even without the added factor of this current intersection with the Kauil cycle, the forces in play at the beginning of the final 52-day period in the Tzolk’in cycle can bring about significant change. In the past the shifts that have taken place during this trecena have included the Black Tuesday crash of the New York stock exchange in 1929, King Edward VIII’s abdication of the English throne in 1936, the beginning of the Battle of Britain in 1940, the Japanese attack on Pearl Harbor in 1941, India’s declaration of independence  in 1947, the invasion of South Korea by North Korea in 1950, the Detroit race riots in 1967, the resignation of Prime Minister Yatsenyuk after the collapse of the ruling coalition in Ukraine in 2014, and the ousting of Brazil’s President Dilma Rousseff by an impeachment vote on the first day of this trecena in 2016, at the same time as Trump’s highly disruptive visit to Mexico.

Due to the nature of the last few days of this particular trecena, its watery aspects are often felt quite intensely, as could be seen in December 2015 when a massive tornado outbreak in the southern U.S. destroyed or damaged hundreds of homes. Christmas day that year (on 11 Kawak – “storm”) was particularly intense as the U.K. was hit by severe flooding and vast areas in South America suffered some of the worst inundations in 50 years. As it happened, almost exactly the same thing happened in the UK on the last appearance of 11 Kawak last spring. 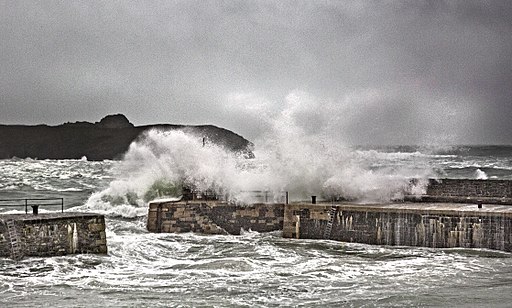 But as much as deluges have been engendered by these forces in the past, there have also been many inspirational events, many of which have taken place on 4 Eb’, representative of a solar force in combination with Eb’s “animating vitality”, which can create an uplifting, refreshing type of energy marked by a sense of the opening up of new possibilities.

This 4 Eb’ energy was in place in June of 1965 when the first spacewalk took place, and then again in 1968 when the “Earthrise” photo was taken from Apollo 8, becoming the iconic first photograph taken by a human of Earth from Deep Space. In 2008 this also was the energy in place when Barack Obama became the first African-American to win the U.S. presidential election. Four cycles ago, on Maya New Year’s Day in 2015, this same energy brought the announcement by President Obama that agreement had been reached on the framework for an historic nuclear reduction agreement with Iran, which was seen as a significant political breakthrough, the most important foreign relations negotiation of the Obama presidency up to that point.

Last year this trecena got underway just hours after former FBI Director Robert Mueller was named as a special counsel to oversee the investigation into Russia’s alleged interference in the U.S. election, an appointment that was seen as a very positive step due to his bipartisan credentials. Since then, of course, he has made significant progress, but the situation in Washington has become so vicious and so toxic that it is now anyone’s guess as to what might happen next. Without question it seems that democracy itself is under attack in the U.S., and no doubt this trecena will bring forth many dramatic confrontations in that arena. Even the U.S. budget is on thin ice, as a return to that issue is also due to take place during this time frame. 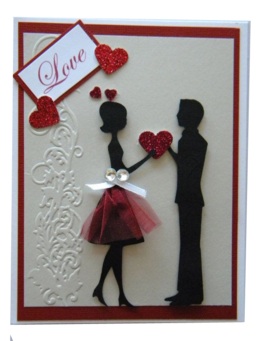 As discussed, the forces of water are particularly strong at this time, much more so than “normal”, so this could foment a great deal of creative, energizing energy. Overall, this would be a particularly good time to “go with the flow”, to let go of rigidity, and allow for purification and refreshment, whenever possible.  It is also a good time to think about ways in which you might co-create with this energy as it brings forth inevitable change. During this watery, animating, shapeshifting, purifying – and sometimes electrifying – time frame these are the energies that will come into play:

1 Muluk (Feb. 2nd) – “the initiation of water”, a kind of “double water” day associated with the Moon Goddess (symbolic of the Number One) in conjunction with the refreshing, shape-shifting energy of water. As noted above, not only is this an important 52-day shift-point within the 260-day cycle, but this time this energy coincides with the beginning of another important (but often overlooked) cycle within the larger system as a whole. This is the “seating” of a new 819-day “Kauil” cycle, which always correlates with the beginning of a trecena, in sequence, and always with the same Night Lord (G6), known to the Aztec as Chalchiuhtlicue (“She of the Jade Skirt”), the Goddess of Running Water. This goddess was associated with childbirth, baptism, purification, and fertility.

As the Muluk trecena often brings forth dramatic shifts in state even on its own, and at this point has the added dimension of coinciding with the new “Kauil” cycle (often associated with the general idea of “emergence”) it will be interesting to see what will be “called forth” at this time. The Kauil cycle also has a strong connection with Jupiter, with Jupiter being in close proximity to the moon on Feb. 7th.  In the Gregorian calendar this day is also Groundhog Day and the opening day for Hobiyee 2018, a Nisga’a Ts’amiks New Year festival of song and dance.

2 Ok (Feb. 3rd) – a dynamic yin/yang type of force relating to love, warmth, guidance, and loyalty (associated with the Maya glyph for Dog), this time correlating with the Charlesbourg Night Parade, part of the Quebec Winter Carnival. 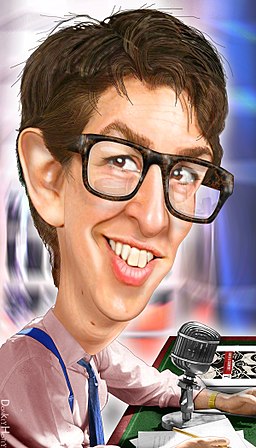 3 Chuwen (Feb. 4th) – the “activation” of creativity; an important “time-weaving” type of energy that can often bring forth powerful shifts, coinciding at this time with Superbowl Sunday in the U.S.  Maya birth energy of the dynamic and personable television journalist Rachel Maddow, who has become “the most popular personality in prime-time cable news”

Given how compelling and magnetic she is, it is interesting to see that she has the same Maya birth energy as Michael Faraday, who so significantly contributed to the creation of electric motor technology through his
work with electricity and electromagnetism, forces that are directly in keeping with the nature of this particular Maya day.

4 Eb’ (Feb. 5th) – the “defining of animating vitality”; an uplifting, refreshing type of energy
that often brings a sense of new possibilities, often significantly eventful. Up until recently this day was scheduled to be the start of the landmark Juliana vs. U.S. Climate trial (young people against the Trump administration over the issue of climate change), but at least one judge has resigned in the midst of these negotiations as the Drumf administration has been pushing “to silence the voices of youth“. An effort is being made to set a new trial date.

5 B’en (Feb. 6th) – the “blessing of personal authority”, coinciding at this time with the 66th anniversary of Queen Elizabeth II’s accession to the throne

6 Ix (Feb. 7th) – the energy of the six directions in conjunction with the jaguar (and Jaguar Warrior) and the fate of the earth, at a time when Jupiter is in close proximity to the moon. In 1973 this was the energy in place when the Endangered Species Act passed legislation.

7 Men (Feb. 8th) – a “self-generating” type of energy associated with the Eagle’s “higher vision” correlating at this time with yet another deadline associated with U.S. government financing, which seems to be lurching along a few weeks at a time as lawmakers debate deeply contested issues. 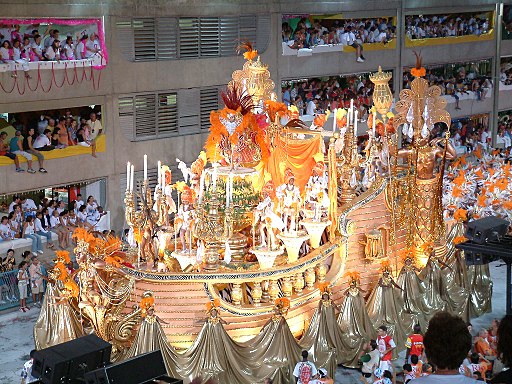 8 Kib’ (Feb. 9th) – the “resurrection” of the transmutation oriented force that can lead towards the restoration of order, this time in conjunction with the opening ceremony for the 2018 Winter Olympics in Pyeongchang, South Korea, and the opening of Rio’s Carnival 2018.

9 Kab’an (Feb. 10th) – representative of “outwardly-projecting” longevity in connection with the earth and evolutionary movement; in the early morning sky at this time the moon will be perfectly sandwiched between Mars and Saturn

10 Etz’nab’ (Feb. 11th) – foundational “flint”; a sparkling, “knife-edged” type of energy that can either dazzle or divide and separate, as was in place in 1861 when President Abraham Lincoln addressed the U.S. Congress in his call for 500,000 militia for the Civil War, followed by ratification by Congress. At this time this energy marks the 160th anniversary of the first appearance of the Virgin Mary (to a 14 year old girl named Bernadette) at the grotto at Lourdes.  On its last appearance this energy brought a spectacular aurora display seen all the way to California.

11 Kawak (Feb. 12th) – inspirational “storm of compassion”, this time in conjunction with Louis Riel Day in Manitoba; and Family Day in several provinces of Canada (B.C., Alberta, Manitoba, Ontario, Sask). On its last appearance this energy hammered the UK with torrential rains, hurricane force winds, and some 70,000 lightning strikes. 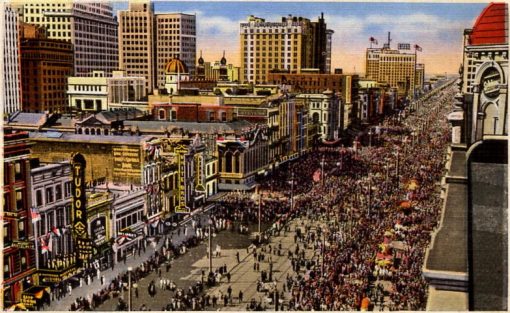 12 Ajaw (Feb. 13th) – a “gathering together” force aligned with the full sun, as Mardi Gras in New Orleans gets underway and as the Carnevale de Venice draws to a conclusion.

One cycle (260 days) ago exactly a sacred fire ceremony was held in Whitehorse to mark the opening of the first public hearings into the long awaited National Inquiry into (some 4000) Missing and Murdered Indigenous Women. On this current 13 Imix the 28th Women’s Memorial March will be held in Vancouver, in memory of those missing and murdered women. At this present time hundreds of millions of people will be also on the move to join families and friends to celebrate Chinese New Year, forthcoming in the next trecena.