It seems, as the year 2014  gets underway, that much of the world is struggling with extremes. On one end of the scale there was the “polar vortex” that blanketed much of North America over the past few days (click here for a frozen Niagara Falls). At the other end is the severe heat wave that has parts of South America and much of Australia sweltering from heat exhaustion (click here for a report on record numbers of bats falling out of trees).

As the Manik’ trecena comes into being there are a great many people trying to find their way back to a more comfortable “normal”, trying to find balance – which tends to be the “specialty” of this particular timeframe. Symbolized by a Deer or Stag, these energies are often oriented around the provision of sustenance, aligned with the idea of bringing harmony back into various situations. 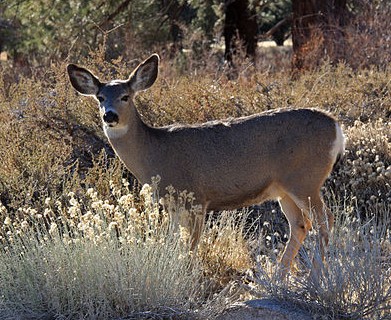 In tandem with this, the overall theme for this 13-day time frame is Sacrifice and Reconcilation, which suggests that a considerable amount of “give-and-take” may be required in order to achieve equilibrium. Fortunately, one of the main patrons of this time frame is a deity who is oriented towards the erasing of transgressions, so this may be a good time to seek forgiveness or pardon for past issues.

Sometimes extraordinary efforts have been required during this time frame, due to intense situations that emphasize the “sacrifical” aspects of this energy, as in the dreadful car crash that took the life of the much-loved Princess Diana in 1997, and in the horrendous earthquake and tsunami in Japan in 2011.

Sometimes the emphasis is more on reconciliation, as in July of 2000 when The Hartford Courant newspaper apologized, on the first day of the trecena, for having published advertisements for the sale of slaves in the 18th and 19th centuries. In 2013 this energy brought forth the large Idle No More protests in Ottawa which called for fundamental improvements in the way the government deals with aboriginal rights and agreements. This trecena also saw the beginning of the Citizen Hearing on Disclosure before former members on the U.S. Congress in Washington DC, at which time over 40 researchers and assorted witnesses (incl. military) provided testimony over five days regarding UFO activity. The goal was to end the 65-year government imposed truth embargo on information pertaining to extraterrestrial involvement with Earth.

Sometimes this trecena can be extraordinarily favourable, as it has been for President Obama. Indeed, his winning of the N. Carolina primary by a landslide in May of 2008 was under the influence of 4 Ok’s “Burner” energy – and this was the real beginning of his march to the White House. Precisely one Tzolk’in cycle after that win he was residing in the White House after his inauguration the day before, on 3 Muluk. Then one cycle and two days later (on 5 Chuwen) came the announcement that he was to be awarded the Nobel Peace prize for his efforts to bolster international cooperation among world leaders. 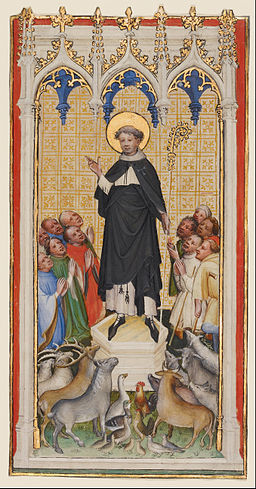 The middle of the trecena brings in 7 B’en, the authoritative energy that was in place in 2006 when Twitter founder Jack Dorsey made the first Tweet. This was also the energy in place when the Syrian revolution began in March of 2011, exactly four cycles ago. Since then the death toll in that country has surpassed 120,000 people, millions have been displaced, and millions more are just barely existing in desperate conditions.

Other major events that have occurred under the influence of the Manik’ trecena include the surrender of the Confederate army under the leadership of General Robert E. Lee’s to General Grant, precipitating the conclusion of the U.S. civil war in 1865; Dr. Martin Luther King Jr.’s founding of the civil rights oriented SCLC in 1957; the acceptance of the Dalai Lama and his retinue into India after their escape from Tibet in 1959; the declaration of the dissolution of the U.S.S.R. in 1991; and the initiation of the dismantlement of the Berlin Wall in 1989.

The two days at the end of this Sacrifice and Reconcilation time frame have tended to be particularly intense in the past, sometimes bringing forth world rattling events that have fomented “storms” of one kind or another, as when thousands of people took to the streets of Moscow under the influence of the last two days of this trecena in December of 2011 to protest against procedural violations in the previous day’s Russian parliamentary elections. At the same time in the U.S. the final day of the trecena (13 Kawak – “transformational storm”) brought forth a National Day of Action by the “Occupy” Movement as activists in more than 20 U.S. cities occupied bank-owned homes to demonstrate against home seizures and foreclosures by banks.

Although it is not possible to predict the exact nature of the “Sacrifice and Reconcilation” that may unfold during the 13 days of this trecena, it can be a time of “testing” that can require people to deal with issues that may have arisen during the previous “transformation” oriented trecena, as they work towards regaining some sense of balance in their lives.  Given the extraordinary disruptions that occurred during those intense weather extremes, and the fact that this is still mid January, the challenges are clear. Nevertheless – there are places where significant energy will be placed on dissipating the darkness and bringing back the light – as will be seen in India and Nepal on Jan. 14th at the time of the Makar Sankranti festival, a Hindu astrological “holy phase of transition” event that marks the return of the sun – and light – and wisdom. Perhaps if we all contribute to that idea (perhaps with a few “light thoughts”) we will all have a better chance to achieve the potential that is offered by this time frame.

As this current trecena unfolds, these are the energies that will come into play (days of particular importance are highlighted in red):

1 Manik’ (Jan. 12th) – the “initiation of reciprocity”, Tzolk’in anniversary of the announcement that NASA’s Opportunity rover had landed on Mars (in 2004)

3 Muluk (Jan. 14th) – the “activation of water”, often a powerful “shape-shifting” type of force; celebration of the Makar Sankranti festival in India and Nepal

4 Ok (Jan. 15th) – a “defining” Burner Day representative of fire (or heart-fire); this particular energy can often stir the emotions as it is a “double-fire” type of force; in 2011 the explosion at the Fukushima nuclear power plant in Japan (after the tsunami) took place under this influence 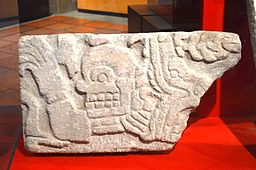 Image of Quetzalcoatl as the Morning Star, at the Jorge R. Acosta museum at Tula (Photo Credit: Alejandro Linares Garcia via Wikimedia)

5 Chuwen (Jan. 16th) – a “precision” oriented energy in combination with play or even mischief; a “timeweaver” type of energy that can bring about change; this time in conjunction with the Full Moon – a micro-moon, the smallest full moon of the year. This is also the Gregorian anniversary of the large Idle No More day of protest in Ottawa in January of 2013.

6 Eb’ (Jan. 17th) – representative of “restorative vitality everywhere”; the day Venus rises as the Morning Star, the “Bringer of the Dawn”; Feast day of Feast day of St. Anthony the Abbott, the patron saint of domestic animals, when many Blessing of the Animals ceremonies are held

7 B’en (Jan. 18th) – a “self generating personal authority” type of energy, as occurred at the time of the Million Worker March in Washington D.C. in 2004 and again in 2011 when two million workers went on strike in the U.K.

8 Ix (Jan. 19th) – “resurrecting Jaguar” – this is Santo Mundo, a special Maya day devoted to the Celebration of the Earth and its sacred mysteries

9 Men (Jan. 20th) – the “outward projection” of vision (as in the high-flying vision of the Eagle); this time in conjunction with Martin Luther King Jr. Day; on this day Iran will open its nuclear program for daily inspection by international experts

10 Kib’ (Jan. 21st) – a “foundational restoration” type of energy which can fluctuate between the setting up of important foundations (as in the setting up of the nuclear non-proliferation treaty in 1968) to the kind of massive “clean up” that was required in China in 2008 after the Szechuan earthquake

11 Kab’an (Jan. 22nd) – the energy of “change” combined with the force of evolutionary movement; the day that the Friends of Syria peace talks begin in Geneva

12 Etz’nab’ (Jan. 23rd) – a powerful “knife-edge” type of force that can bring forth powerful separation (or “sacrifice-related”) events, as in the execution of Anne Boleyn in 1536 and the assassination of Abraham Lincoln in 1865

13 Kawak (Jan. 24th) – “transformational storm”, a highly intense force that has coincided with a number of devastating natural disasters such as the 9.2 earthquake in Alaska in 1964 (the most powerful ever recorded in North America), and Hurricane Dennis that caused billions of dollars worth of damage across four states in 2005.