After battling our way through the first nineteen trecenas with the current Tzolk’in cycle, we come once again to the last one, before the whole 1 Imix to 13 Ajaw sequence begins again. This, of course, is Lamat, the trecena that tends to herald change. Aligned with Venus, the star that was seen by the ancient Maya as the herald of forthcoming shifts, this was also seen in some Mesoamerican cultures as a Rabbit that can signal “warnings”.

The beginning of this trecena signifies the start of a time frame that can bring forth the kind of leadership that can shed light on new possibilities. Three cycles ago One Lamat saw the unleashing of an intense solar flare from a M5.6 solar storm. Two cycles ago the start of this trecena brought a “seismic shift” in Rome, as One Lamat, representative of the “initation of Leadership and Renewal”, saw the election of Pope Francis. The last appearance of this energy coincided with the last gasps of the 4.5 billion year old Comet ISON shortly after its dramatic rendezvous with our sun.

Other momentous “game-changing” events that have occurred under this Lamat influence include the discovery of gold in California in 1848; the assassination of Czar Nicholas of Russia and his family in 1918; the bombing of Hiroshima and Nagasaki in 1945, followed by the unconditional surrender of Japan at the end of World War II; the coronation of Queen Elizabeth II in 1953; the passage of the Civil Rights Act in the U.S. in 1957; the first major Greenpeace event, in 1975; the completion of the deconstruction of the Berlin Wall in 1990; and the storming of Baghdad by U.S. forces in 2003. This is also the trecena through which dramatic changes in leadership have occurred, as seen when the revolutionary wave that became known as the Arab Spring began during this time frame in 2011. Indeed, over the past few years events associated with leadership in Egypt have often dramatically played out within this trecena, as the 260 day energy cycle has drawn to a close. 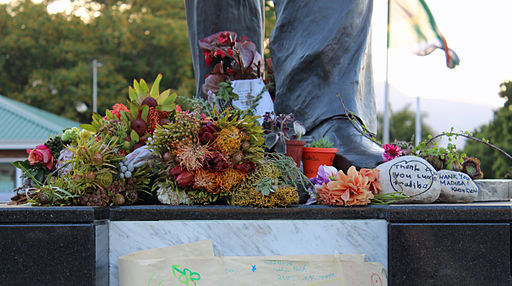 Flowers laid outside Drakenstein Correctional Centre, with South African flag flying half-mast in the background, during the national mourning period for Nelson Mandela during the Lamat trecena in December, 2013.

On the last occurrence of this trecena the death of Nelson Mandela on the second day of the trecena drew the attention of the world to South Africa. The official mourning period spanned most of the trecena, with a massive memorial service attended by the largest ever gathering of world leaders taking place at the centre point of this time frame. Mandela’s funeral took place on 12 Kawak, just before the trecena’s end.

All of this was amazingly in line with the major patrons of this trecena, one of whom is associated with Renewal and Liberation, with the other being known as the Lord of Fire and Time – a deity connected with time related change, as in cycle endings. As could be seen last year, events aligned with this trecena often set the stage for new beginnings. So what will it be this time? 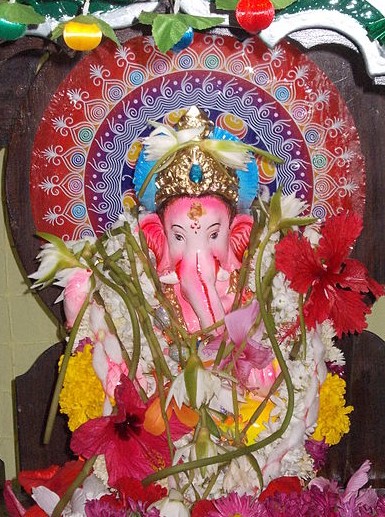 During this current Lamat trecena two very vibrant, and very different, celebrational events will be taking place. One of these is the elaborate and highly anticipated Ganesh Chaturthi festival, a popular Hindu festival in honour of Lord Ganesha, the Lord of New Beginnings, that begins on August 29th and spans 10 days. Associated with the cycle of creation, the timing for this festival, at this particular time, is highly in synch with this Lamat trecena. Intriguingly, the second part of this festival will carry over into the Imix trecena in early September, which is also all about new beginnings.

Taking place completely within this Lamat trecena will be the Burning Man festival in Black Rock City, Nevada.  One of the wildest, wackiest, most art-oriented events on the planet, this would be one of the most fantastic ways to celebrate the end of ANY cycle. Click here for some of the amazing imagery from last year’s event. 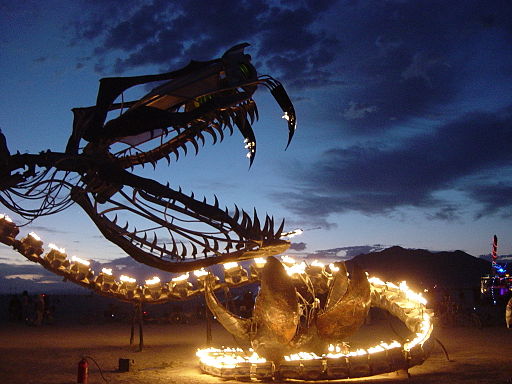 As this final trecena of the cycle unfolds one additional aspect has the potential to make this time frame particularly interesting, as this time through the numbers associated with the daysigns will be mirrored by the numbers related to the month, with the first day being 1 Lamat 1 Mol, the second day being 2 Muluk 2 Mol, the third day being 3 Ok 3 Mol, and so on. This suggests that the nature of these numbers (ie. the energy force connected with the numbers) would be doubled during this particular Lamat trecena. The “initiation” force of 1 Lamat, for example, could be augmented by the “initiation” power of 1 Mol (associated with water), at the beginning of this Maya month. At the end of the trecena we will arrive at 13 Ajaw 13 Mol – not only the final day of this particular 260-day cycle, but a doubly-transformative type of force to boot! 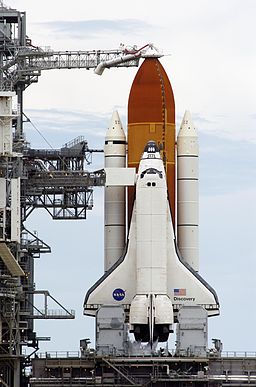 The space shuttle Discovery being prepared for one of its launches. Its first launch was on Aug. 30, 1984. Photo Credit: NASA/Scott Andrews [Public domain], via Wikimedia Commons

As it happens this trecena will bring the 30th anniversary of the first voyage of the space shuttle Discovery. The final day of the trecena (13 Ajaw) will see a numerical parallel to the day when the contract for construction of both Atlantis and Discovery was awarded, which was also a double 13 day, specifically 13 Ajaw 13 Muwan. It will be intriguing to see what kind of impact this doubling of the numerical forces will have on the powerful “Leadership and Renewal” qualities that already define this period. Whatever they bring the next 13 days will set the foundations for the start of the new “birth” cycle that will follow at the start of the next trecena. As this Lamat trecena unfolds these are the energies that will come into being: 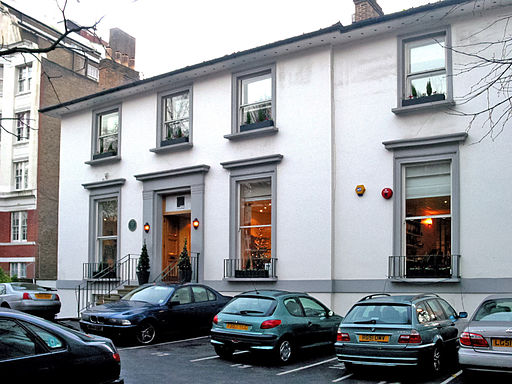 Abbey Road Studios, notable as the venue for many innovative recordings, including those by the Beatles. Photo Credit: By portum (Source) [GFDL, CC-BY-SA-3.0, via Wikimedia Commons]

3 Ok 3 Mol (Aug. 23rd) – a Burner Day representative of the “activation of fire or (heart-fire)”, as this day dawns with the appearance of Venus and Jupiter with the Crescent Moon

4 Chuwen 4 Mol (Aug. 24th) – a “defining” day associated with play (and sometimes mischief); a “time-weaver” type of energy that can be quite eventful, as when Wikileaks released 2.4 million emails from Syrian government officials to different countries under this influence in 2012

5 Eb’ 5 Mol (Aug. 25th) – the “blessing” of restorative vitality, this time in conjunction with the New Moon and start of the Burning Man festival (see above)

6 B’en 6 Mol (Aug. 26th) – representative of “personal authority everywhere”, this time in conjunction with Women’s Equality Day (an anniversary of the day in 1920 when women became part of the U.S. Constitution)

7 Ix 7 Mol (Aug. 27th) – a “self generating transformation” type of energy, as was in place last December at the time of the national memorial service for Nelson Mandela

8 Men 8 Mol (Aug. 28th) – a “resurrection” type of energy associated with the high vision of the Eagle; historically a turning-point type of day in terms of national leadership

9 Kib’ 9 Mol (Aug. 29th) – an expansive, “restoration of order” type of energy, sometimes associated with making “adjustments”, often with long term implications; this time in conjunction with the popular Ganesh Chaturthi festival (see above) which is celebrated not only throughout India, but in many other countries; also the ninth anniversary of the onslaught of Hurricane Katrina

10 Kab’an 10 Mol (Aug. 30th) – a foundational type of energy associated with the earth and evolutionary movement, this time in conjunction with the Monarch Butterfly Festival in New York and the 30th anniversary of the maiden voyage of the space shuttle Discovery; also the New Fire anniversary of President John F. Kennedy’s second speech relating to reaching the moon, given in 1962. Beginning of the 10-day long Onam harvest festival (associated with happiness and prosperity), in the Indian state of Kerala.

11 Etz’nab’ 11 Mol (Aug. 31st) – an “inspirational flint” type of force that can be quite dazzling and attention-getting, as happened during the summer of 2012 when Venus achieved her greatest brilliance under this influence in conjunction with an “extreme” X1.4 solar eruption. Birth energy of actor Christopher Reeve, who will long be thought of as “Superman”. This time this energy marks the beginning of World Water Week.

12 Kawak 12 Mol (Sept. 1st) – the “gathering storm” that provides the final big PUSH toward enlightenment, this time in conjunction with Labour Day and the 75th anniversary of the beginning of World War II, when Germany invaded Poland

13 Ajaw 13 Mol (Sept. 2nd) – “transformational Full Sun”, on a day when even the Maya Long Count of 13.0.1.13.0 echoes the number 13, on this final day of the 260 day cycle that began in December of 2013; 13 Ajaw is often a day of high drama and great change – and sometimes even great light. Tzolk’in anniversary of the awarding of the contract for construction of the Space Shuttles Atlantis and Discovery on 13 Ajaw 13 Muwan in 1979.