Stripped down to the bare bones – that is how much is looking these days after so much dreadful weather . . . and the tense and demanding events of the past trecena that saw enormous anti-government protests in the Ukraine, Bosnia, Venezuela, and Thailand; the rescue of hundreds of people from Homs in Syria; and millions of people struggling with extreme conditions such as flooding, ice storms, and enormous amounts of snow.  Much is looking and feeling bare, white, and skeletal – just like the imagery associated with Kimi, with its “return to basics”. 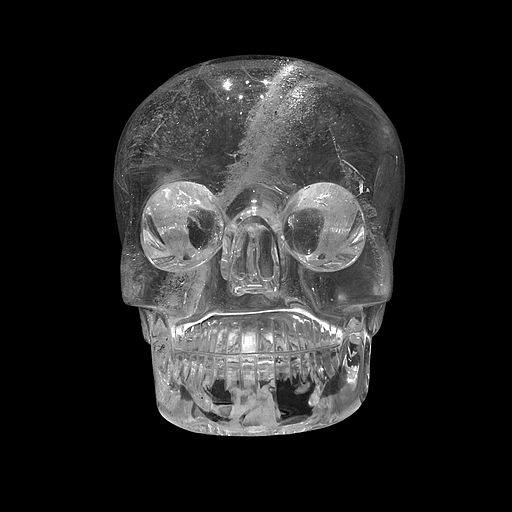 In accordance with the skeletal imagery that pertains to the first day of this time frame, there is sometimes a “death” and “acknowledgement of ancestors” aspect to this energy. It was the former that was in play on the One Kimi day in November of 2009 when Roland Emmerich released his “2012” movie, with its apocalyptic images of cataclysmic events prophesied (by the media and other muckrakers) for that year – a film that frightened legions of people and significantly diverted attention away from authentic Maya Calendar “end of cycle + renewal” meanings associated with 2012. The latter, more spiritual, aspect is addressed in the attached video (click here) in which Maya spiritual leader Tat Pedro Cruz discusses how his ancestors saw death and resurrection, and how this influences life.

As the governing energy for this 13-day period Kimi represents the idea of returning to spiritual foundations as the genesis point for regeneration. That process of going “back to source” has, at times, brought forth many world-shattering events, such as in the assassination of the Archduke Ferdinand in 1914, that precipitated World War I, one of the most horrific wars in history. In 1989 the Exxon Valdez oil tanker spill off the coast of Alaska took place during this trecena, becoming one of the world’s most devastating human-caused environmental disasters, with the death of untold numbers of birds, animals, and marine species. In 2010 this trecena brought the dreadful cave-in at a copper and gold mine in Chile that left 33 miners trapped and fighting for their lives nearly 2300 ft. underground. And then – the following April – this trecena laid the foundations for the “Arab Spring” with the eruption of massive protest demonstrations in areas such as Yemen, Libya, Morocco, Syria, and other places in the Middle East.

As such events suggest, this trecena does not necessarily bring a gentle return to “basics”. Sometimes this occurs through massive flooding, as happened in England in 1928, when an inundation from the Thames swamped Central London and forced people to come up with plans to protect that city from future devastating storm surges. As it happens, a similar kind of effort is needed once again to offer greater protection to towns that are currently being subjected to horrific flooding in other parts of that region. Sometimes it’s other elements such as fire that forces new directions, as in the ignition of the West Fork and Black Forest wildfires in Colorado last year during the Kimi trecena, that destroyed hundreds of homes.

While the Kimi trecena often requires people to “step back” and regroup, it doesn’t necessarily have to be “bad”. Indeed, it can be rejuvenating , as seen in the signing of the Treaty of Versailles between Germany and the Allies in 1919, after the conclusion of World War I. In 2010 another battle came to an end when the BP oil spill in the Gulf of Mexico was finally “killed” under the influence of this energy. Indeeed, much of the energy associated with this 13 day period revolves around the idea of letting go of restrictions so that restoration and renewal can be initiated. 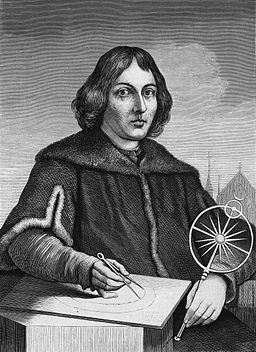 Sometimes this requires a whole new way of thinking, as demonstrated by the work done by Nicolaus Copernicus in the 16th century. Born under the hugely transformative influence of this trecena’s last day, Copernicus literally changed the axis of “reality” when he formulated a heliocentric model of the universe with the Sun at the centre rather than the Earth. This provided a revolutionary new “baseline” for thinking and being.  Gene Roddenberry, the creative genius behind the Star Trek universe, was born under the same influence.

On a more “frivolous” note, pop star Justin Bieber finally leaves teen years behind when he turns 20 near the end of this trecena. Over the past few weeks he has had run-ins with the law several times, with his trial in Miami coming up two days after his birthday. Looks like this may be a time for him to do some serious “re-thinking” about the direction his life has been taking.

So although things may look bleak, “dead”, or lost, this can also be a point where the only thing to do is rest and let things “blow over”, prior to the “return to life”. Overall this presents an opportunity to clean out whatever is not wanted or needed, to give concerted thought to what IS wanted, and to set up new foundations for what you want to rejuvenate or bring into your life. During this time frame these are the energies that will come into play.

1 Kimi (Feb. 20th) – the “initiation” of “death/return to Source”/foundations; the birth energy of Frederick Catherwood, the extraordinary artist who accompanied John Lloyd Stephens on his lengthy explorations of Central America, Chiapas, and the Yucatan in the early 19th century. Catherwood’s exquisite drawings, published along with Stephens’ tales of their journeys to the lands of the Maya, helped to inform the world of the existence of once-great civilizations in that part of the world. His detailed imagery helped to lay the “foundations” for the rediscovery of this realm. 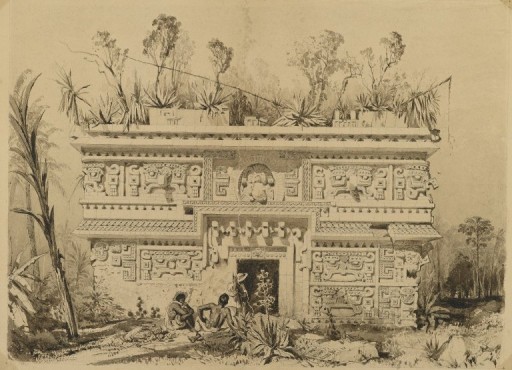 2 Manik’ (Feb. 21st) – a dynamic type of energy aligned with the idea of reciprocity; the energy that brought forth a major coronal mass ejection from the sun in 2010

3 Lamat (Feb. 22nd) – the “activation” of the “bright star” heralding energy, aligned with leadership; Calendar Round (New Fire) return of the 3 Lamat 6 K’ayab’ Maya energy (Gregorian: March 7, 1962) that brought the Beatles to BBC radio for their broadcasting debut, and contributed to the launch of OSO 1, the first astronomy satellite that gathered solar flare data

4 Muluk (Feb. 23rd) – a “defining” day associated with the shape-shifting energy of water; closing day for the Sochi Winter Olympics. Premier date for the first screening of a new film by Night Fire Films called “Dance of the Maize God”. Click here for more information.

5 Ok (Feb. 24th) – the “blessing of love”, also associated with fire, protection, guidance, and justice; the energy in place when the “solar tsunami” hit the earth in 2010 from the coronal mass ejection noted above 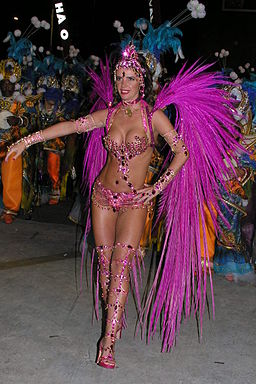 6 Chuwen (Feb. 25th) – a “six directions” type of energy aligned with creativity and play, but sometimes associated with the unexpected, as when the EF4 tornado struck Missouri under this energy influence in April of 2011

7 Eb’ (Feb. 26th) – a “self-generating stream-of-consciousness” type of energy; a revitalizing force representative of a fertile “mid-point” to the trecena, this could be a turning point towards the opening up of new possibilities, at a time when Venus will be visible near the crescent Moon

8 B’en (Feb. 27th) – the “resurrection” of personal authority – a major “push” day in Rio in preparation for Carneval

9 Ix (Feb. 28th) – an “outwardly projecting” type of energy often associated with deep mysteries, exactly one cycle since the announcement that the RCMP would be launching a criminal investigation into the Senate scandal in the Canadian Prime Minister’s office; events that take place under this influence can have long range implications; first day of Carnevale in Rio de Janeiro 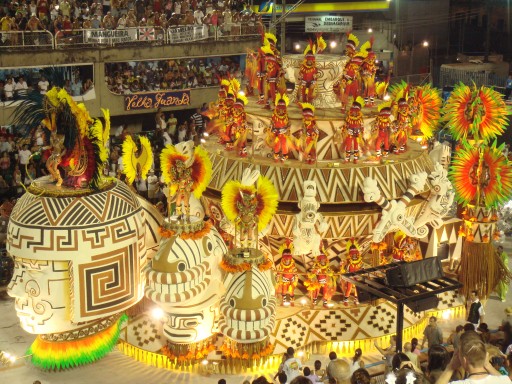 10 Men (March 1st) – “foundational Higher Vision” at the time of the New Moon – this is a Burner Day aligned with “taking the fire” in conjunction with the “high vision” of the Eagle; this is strong energy that has the potential to be quite explosive but can also open up far-reaching possibilities. Justin Bieber’s 20th birthday.

11 Kib’ (March 2nd) – an energy that can be either change-oriented or “inspirational”, often aligned with shedding a kind of “first light” on things, as when the first proton-proton collisions recorded by the Large Hadron Collider took place under this influence in 2009. The day of the 86th Academy Awards in Hollywood.

12 Kab’an (March 3rd) – a “grouping together” type of energy associated with movement – specifically “Earth movement”, making it another powerful energy associated with moving new ideas forward, as on the 12 Kab’an day in 1954 when public school segregation in the U.S. was declared unconstitutional; Calendar Round (New Fire) return of the energy that helped launch the first Titan 2 rocket in 1962. The date set for Justin Bieber’s DUI trial in Miami 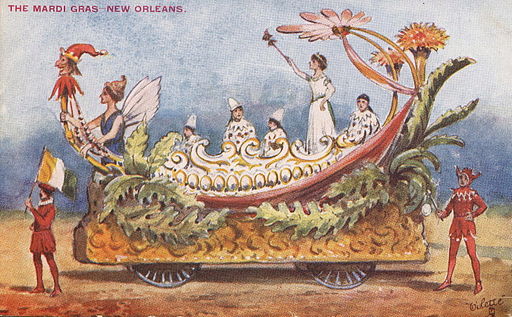 13 Etz’nab’ (March 4th) – “transformational flint”; a powerful energy that can be quite dazzling and attention getting, as was in place four cycles ago at the time of the royal wedding in the U.K., on the same day as massive anti-government protest demonstrations were taking place across Syria (in April of 2011). Two cycles ago this energy coincided with the onslaught of Super Typhoon Jelawat that struck Okinawa and Japan’s main island of Honshu. This time 13 Etz’nab’ coincides with Mardi Gras in New Orleans and the final days of Carnevale in Venice and Rio.