As we approach the conclusion of the second Tzolk’in cycle since the December 2012 start of this new Great Cycle of time, we return to the K’an trecena, aligned with the general idea of Germination. This tends to be a robust energy sequence associated with the inception of new ideas or the forging of new directions, suggestive of an “anything is possible” type of time frame. Best to keep in mind, however, that it can also be a time of “testing”, as new potentialities begin to take shape and the process of nurturing those new endeavors begins. A metaphor would be a new plant just beginning to sprout. It needs light and air and nutrients, and room to grow. It holds within itself the potential to become strong and robust, but at this stage it still requires a lot of care and protection. 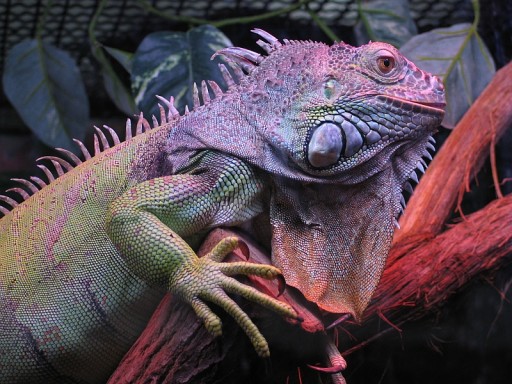 Iguana – as one of the symbols associated with K’an, the Iguana represents the opulence that can be brought forth through this energy.
Photo Credit: M. Betley via WIkimedia Commons

When this energy was in place near the end of 2012 there was a tremendous amount of speculation and confusion clogging the ether with regard to the meaning and potential of the “end of cycle” that was imminent. The “testing” at that time seemed to relate to how people were relating to that idea. Those who may have been swayed by the doomsayers may have been quite fearful, perhaps thinking that the world was about to end; others may have felt great hope. Indeed, such differences in interpretation are part of the nature of this trecena, in part due to the influence of this time frame’s principal patron – an ancient deity who appears blindfolded, which seems to suggest that instinct and working with “the unseen” or the unknown may be important at this time. As this patron energy was known as a sacrificial deity who is sometimes accompanied by another god associated with fate, this may represent a reminder of the need at this time to sacrifice what is no longer needed in order to bring forth new life. Since the long range result may not be able to be ascertained at the present moment a considerable amount of intuition may be required to anticipate the implications or outcomes of any thoughts, plans, or actions. 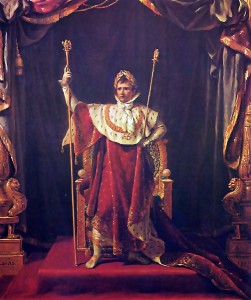 The first few days of this K’an trecena are an extension of the creation sequence that began on One Chuwen (on April 26th). Based on past events that have unfolded on One K’an, there is the suggestion that during this time a number of influential energies that are embryonic to major world developments can come into play. This idea of attempting to “germinate” or set the foundations for new ideas can be seen in many key past events that have taken place during this trecena, as when Martin Luther King Jr. delivered his prophetic speech about being a “drum major for peace” in 1968.  It was this K’an trecena that saw Napoléon Bonaparte declared Emperor of France (in 1804) and Hitler assume dictatorial powers (in 1933). During this trecena Cardinal Karol Wojtyla was elected as Pope John Paul II (in 1978), Mikhail Gorbachev was elected as Secretary General of the Soviet Communist Party (in 1985), and Hillary Clinton was elected as U.S. Senator for New York (in 2000). On the first day of this trecena in 2008, Barack Obama gave his historic acceptance speech at Mile High Stadium as the Democratic candidate for the U.S. presidency, sixty years after Dr. Martin Luther King Jr. was ordained to the Ministry, under the same energy influence. 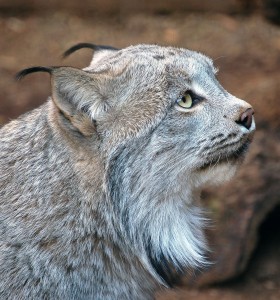 Canadian Lynx, one of the animals on the Endangered Species list. Photo Credit: Art G. (originally posted to Flickr as Stalking) [CC-BY-2.0 (http://creativecommons.org/licenses/by/2.0)], via Wikimedia Commons

During this time frame one of the most important days for the Maya comes into place on May 16th, on Eight Chuwen (aka 8 Batz’). The most important festival day for Quiché Maya daykeepers, this sacred day is oriented around the renewal of calendar traditions and the initiation of new daykeepers. Eight Chuwen represents a kind of “resurrection” of the type of solar energy that can “weave together” past and future to help the “new entity” gain a foothold on the road of life, with that “road” being represented by the following day, known as 9 Eb’.  At this time this energy coincides with Endangered Species Day, so hopefully that will help to augment awareness about the plight of so many of our planet’s disappearing inhabitants. 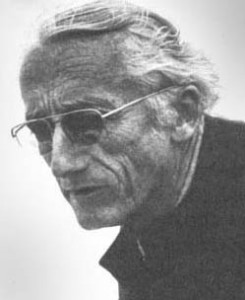 It is also the Maya birth energy of Jacques Cousteau, the extraordinary explorer, scientist, pioneering conservationist, and filmmaker who did so much to raise awareness concerning the oceans and the myriad species who inhabit them.

So as we connect once again with the K’an trecena energy sequence, again we will be germinating (or “planting the seeds”) for what is to follow. Given the nature of the energies at play, and the emphasis on working with “the unseen” or the unknown at this time, this is always an excellent time to be vigilant, cautious, and very, very conscious of the implications of both thought and action. During this time frame these are the energies that will come into play:

1 K’an (May 9th) – an “initiating” energy associated with germination (or even the creation of new abundance), this time in conjunction with a National Day of Honour for the thousands of Canadian soldiers who served in the Afghanistan mission, and the 20th anniversary of Nelson Mandela’s election by parliament as the first president of a democratic South Africa 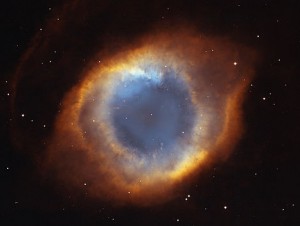 3 Kimi (May 11th) – the “activation of absolute foundations”, this time in conjunction with Mother’s Day (which is celebrating its 100th anniversary this year), and the self-rule referendums being held in Ukraine’s two eastern regions

4 Manik’ (May 12th) – a “defining” energy associated with reciprocity; the energy of the deer – a kind of harmonizing energy connected with the natural world, in combination with the solar energy of the number four this is a “double sun” type of force; this time in conjunction with the opening of the 13th Session of the UN Permanent Forum on Indigenous Issues 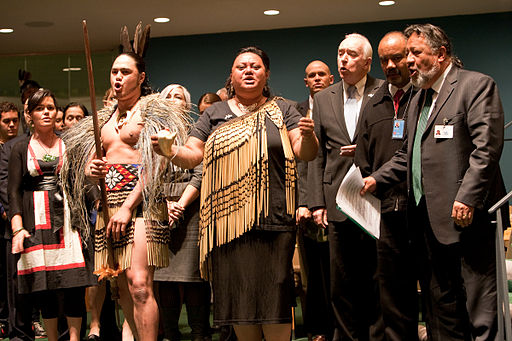 New Zealanders celebrate their country’s endorsement of the United Nations Declaration on the Rights of Indigenous Peoples in 2010, at the Ninth session of the UN Forum on Indigenous Issues. Photo Credit: Broddi Sigurðarson [CC-BY-SA-2.0 (http://creativecommons.org/licenses/by-sa/2.0)], via Wikimedia Commons

5 Lamat (May 13th) – a “blessing” type of energy associated with Venus, which can serve as a beacon or herald; this time in conjunction with Vesak Day (Buddha’s birthday) 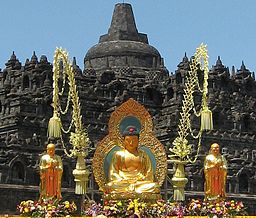 7 Ok (May 15th) – translating as “self-generating” love, guidance, and/or loyalty, there is a suggestion in the ancient Chilam Balam that this was the day when “the word of God” was created; it is also marks the beginning of the Maya 8 Batz’ festival that gets into full swing the following day

8 Chuwen, aka 8 Batz’ (May 16th) a very important day for the Maya, as this is the time when Quiché Maya daykeepers celebrate the renewal of their sacred calendar traditions and initiate new daykeepers; this time this energy coincides with Endangered Species Day

10 B’en (May 18th) – “foundational personal authority”; symbolic of the full authority of maize, this is the strong “pillar” energy representative of strength, inner power, and self determination

11 Ix (May 19th) – “inspirational magic” in conjunction with the jaguar and the mysteries of the earth; this time in conjunction with Victoria Day in Canada and the opening of the World Indigenous Peoples Conference on Education in Hawaii (click here for info. and an inspiring video)

13 Kib’ (May 21st) – a transformation-oriented energy aligned with the ability to “fly high”, survey, and ultimately restore order, as reflected by the launch of NASA’s Solar Dynamics Observatory under this energy influence in 2010; at this time in 2014 this energy coincides with the beginning of the 10 day celebration of Galungan in Bali