As One Kab’an returns on Sept. 4th, we return to the trecena (the 13 day period) that brought forth the conclusion of the 13th Bak’tun at the end of the last 5125 year era and the beginning of the new Great Cycle of time last December. Associated with “evolutionary” movement, this is the trecena that has traditionally brought forth monumental change.

In the past, world-shifting events that have manifested under this energy influence have included the departure of Christopher Columbus from Palos, Spain in 1492 en route to the “New World”; beginnings and endings of important space exploration events; and the “powering up” of the atom-smashing Large Hadron Collider (on One Kab’an in Sept. 2008), followed by the announcement (during this trecena in 2011) that it had successfully created a “mini-Big Bang”.

Given the state of the world at the moment it is significant to note that in 1939 this is the trecena that saw the beginning of World War II, with Germany’s invasion of Poland, followed – precisely one cycle later – by Germany’s invasion of Holland, Belgium, and Luxembourg, the first stage in the Battle of France. Precisely 8 cycles after the inception of this horrific war, this trecena brought forth the conclusion of World War II, with the surrender of German forces in NW Germany, Denmark and the Netherlands, and Bavaria on One Kab’an in 1945. 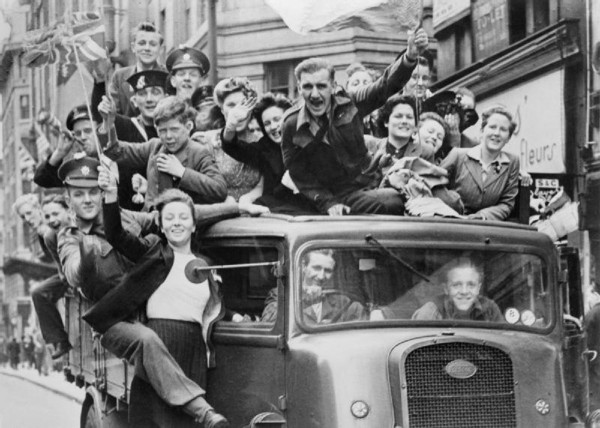 One of the key days within this 13 day period is 9 Chikchan, which will be in place on Sept. 12th this year.  In 1939 this was the Maya day when Germany invaded Poland (correlating with Sept.1st that year).  Precisely 7 cycles after that invasion, in late August of 1944, Paris was liberated by the Allies, also on the Maya day 9 Chikchan.  Although no one yet knows what will happen when President Obama meets with congress next week to seek approval for U.S. military action against the Syrian regime, in response to the recent chemical weapons attack against civilians, it is possible that if such action does take place the Maya day 9 Chikchan, once again, could be pivotal.

Given the circumstances that are unfolding, and the involvement of U.S. Secretary of State John Kerry in the context of this crisis, it is intriguing to see that this is John Kerry’s birth trecena. His Maya birth energy is 11 Manik’, which is in place on Sept. 14th. While this Maya date may not be commonly recognized, there is an infamous Gregorian date coming up during this time frame – and that is September 11th. Is it mere coincidence that the President of Syria will be “celebrating” his birthday on that day – a day that conjures up  horrific memories of the 9/11 attack on the World Trade Center twelve years ago?

1 Kab’an (Sept. 4th) – the “initiation of evolutionary movement”, a key 52-day “shift-point” within the cycle

2 Etz’nab’ (Sept. 5th) – a dynamic “knife-edged” type of energy that can dazzle and/or divide and separate; this time in conjunction with the New Moon and the start of the G20 summit of world leaders in St. Petersburg

3 Kawak (Sept. 6th) – the “activating storm” that can manifest as a “storm of compassion or emotion”

4 Ajaw (Sept. 7th) – a “defining” energy associated with the full light of the sun, symbolic of renewal and enlightenment; this is the “defining” Burner Day that coincided last December with the Maya Long Count date 13.0.0.0.0, at the end of the 13th B’aktun on the day of the Winter Solstice; this was the return of the energy that was in place when the last Great Cycle of time was “seated” in 3114 B.C.  It was also a 4 Ajaw day in 1945 that brought forth the signing of the unconditional documents of surrender by German forces.

5 Imix (Sept. 8th) – the “blessing of birth”, representative of both “the realm of all potential” and chaos; symbolic of the primordial realm, which contains “all possibilities”; this energy was in place on VE day in 1945, when the world jubilantly celebrated the end of World War II in Europe and the beginning of peace

6 Ik’ (Sept. 9th) – an “everywhere” type of energy associated with wind, breath, and spirit; World War II officially ended under this influence in 1945, after the unconditional surrender on 4 Ajaw.   In 2004 this energy was in place when Venus made its transition across the face of the sun – an event watched by millions.  This year this is the day when the U.S. Congress meets to make key decisions regarding the Syrian crisis.

8 K’an (Sept. 11th) – a “resurrection” type of energy associated with germination – this year coinciding with the twelfth anniversary of 9/11

9 Chikchan (Sept. 12th) – representative of “outwardly-projecting” lifeforce, a powerful force that can push forth “evolutionary” events that can significantly impact the world, as noted above

10 Kimi (Sept. 13th) – a double “absolute foundations” type of energy that is represented by the death god in both the number and daysign positions; traditionally seen as a “lucky” type of energy due to its association with spiritual foundations; in 2008 the Large Hadron Collider was shut down under this influence due to a serious fault

11 Manik’ (Sept. 14th) – “inspirational deer”, a “change-oriented day aligned with the idea of reciprocity and new possibilities, although there can be a sacrificial aspect to it; this energy can be somewhat “fiery” since Manik’ is a “carrier” of the sun on Earth, with the number 11 also being highly aligned with the earth. Situated in a position of intensity near the end of this “earth-movement” trecena, this energy is representative of solar power in tandem with strong Earth-aligned forces. U.S. Secretary of State John Kerry’s Maya birthday.

12 Lamat (Sept. 15th) – a double Venus type of force; in combination with the “grouping together” influence of the number 12, this is a strong “heralding or signalling” type of energy

13 Muluk (Sept. 16th) – “transformational water” – an energetic, often dramatic, type of energy that can trigger strong feelings and stir environmental forces which have, on occasion in the past, developed into floods, tornadoes, and even hurricanes. This year this energy coincides with Independence day celebrations in Mexico.