The Kab’an Trecena: May 22 – June 3, 2014
Posted by Marguerite Paquin in People, Trecena Horoscopes, World Events
← Back to Horoscope Blog Home

Kab’an – Earth, Evolutionary Movement, often a time for great leaps into new directions. Four days into this trecena we will reach the completion of exactly two Tzolk’in cycles since the start of the new era on Dec. 21, 2012. So where are we now?

No doubt, given all the hype surrounding that end point/start point date, many thought that some great change might have occurred by now. And for many that is exactly what has happened, often due to dramatic climatic influences. Amidst all the uncertainty the only certainty appears to be that everything continues to be in a state of flux.

And now with the return of the Kab’an trecena we again have an opportunity to work with the forces of “evolutionary” movement, the forces that have traditionally brought forth prodigious change, often on a global scale. As previously discussed, not only is this trecena associated with the opening and closing of major eras, but it is also aligned with re-birth or emergence, which can even manifest as world-shaping beginnings and endings. Both forgiveness and fertility are often involved, representative of the patron dieties of this time frame, which tie in with the overall idea of inspired dynamic motion. 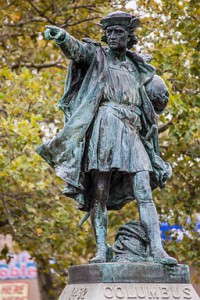 In the past, world-shifting events that have manifested under this energy influence have included the departure of Christopher Columbus from Palos, Spain in 1492 en route to the “New World”; beginnings and endings of important space exploration events; the “powering up” of the atom-smashing Large Hadron Collider (in 2008) and the announcement, three years later, that it had successfully created a “mini-Big Bang”; and the failure (also in 2008) of major investment companies in the U.S., which precipitated chaos in world financial markets.

In 1939 this is the trecena that saw the beginning of World War II, with Germany’s invasion of Poland. This was followed, exactly one cycle later, by Germany’s invasion of Holland, Belgium, and Luxembourg, the first stage in the Battle of France. Precisely eight cycles after the inception of this horrific war, this trecena brought forth the conclusion of World War II, with the surrender of German forces in NW Germany, Denmark and the Netherlands, and Bavaria on One Kab’an in 1945. 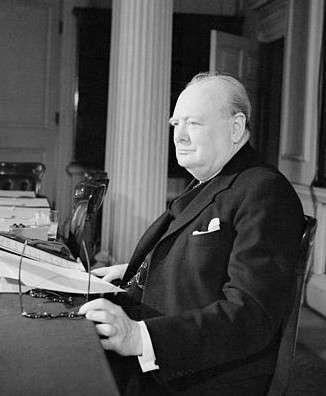 On the last appearance of One Kab’an, in September of last year, there was the “Countdown to a Showdown”, as aircraft carriers and destroyers rendezvoused in the Mediterranean within striking distance of Syria. Military action was halted when, after intense negotiation, the Syrian regime not only acknowledged (for the first time) that it had a chemical weapons arsenal, but agreed to put its stockpiles under international control, to have them destroyed. At that point some 5 million Syrians had been displaced by the conflict, with that number climbing to 9 million as of this spring (according to UN’s refugee agency).

It was intriguing to see that it was Four Ajaw, the precise point of “renewal”, last September when over 100,000 people gathered in St. Peter’s Square for a four-hour peace vigil for Syria, in response to Pope Francis’ call a grassroots appeal for peace (reportedly the first such rally to take place at the Vatican). Similar vigils and anti-war rallies were held around the world.

As has happened many times before, Nine Chikchan last September also became a pivotal day as that was the day when Syria formally became a “full member” of the Chemical Weapons Convention (the multilateral treaty that bans chemical weapons and requires their destruction within a specific period of time). This took place precisely 23 Tzolk’in cycles after that Convention entered into force (in 1997), and 29 Tzolk’in cycles after 130 countries had added their signatures to that agreement, on Two Etz’nab’ to Four Ajaw, in 1993.  It was negotiator John Kerry’s Maya birthday, two days after that Syrian signature was added to that treaty last September, when the U.S. and Russia reached an agreement on a broad framework designed to facilitate the disposal of that chemical weapons arsenal.

As it happens, three significant elections are scheduled to take place at this time during this trecena – the national election in Ukraine and the presidential elections in Syria and Egypt – so again the timing is significant. 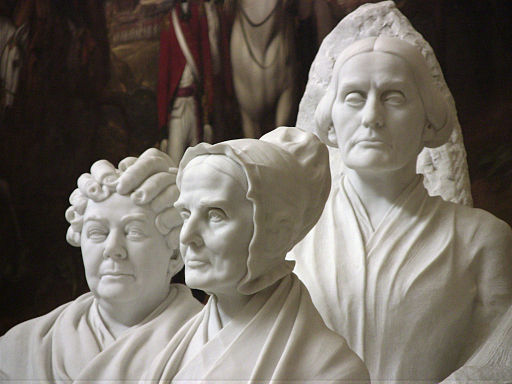 Another shining example of the influence of Four Ajaw can be seen in the life and work of Lucretia Coffin Mott. Born on a Four Ajaw day in 1773, Lucretia because a major figure in 19th century social reform movements, including the abolition of slavery, temperance, religious tolerance, and the fight for women’s equality. She became one of the leading forces behind the First Women’s Rights Convention, held at Seneca Falls in New York in 1848, at which time a number of resolutions were put forward as a platform for securing for women equal opportunities in various professions, trades, and commerce. Needless to say, this was a lifetime of significant work that has had significant “evolutionary” impact on multiple levels.

That same sense of the “defining” of enlightenment could be seen clearly on the Four Ajaw day just after the beginning of World War II when Winston Churchill gave his “Victory at all costs” speech, when he said that there had to be

Victory at all costs, victory in spite of all terror, victory however long and hard the road may be; for without victory, there is no survival.

The sense of purpose inspired by this type of leadership enabled the United Kingdom to survive against monumental odds, with the energies coming full circle to the signing of the unconditional documents of surrender by German forces on Four Ajaw in May of 1945, bringing in the armistice and the jubilation of peace.

So what will it be during this trecena? The actual pullout (not just words) of Russian forces from the Ukraine? Some major shift as a result of the elections in Ukraine and Syria? A recurrence of some of the powerful weather systems that have made their presence known during recent recurrences of this trecena’s forces? The emergence of some significant forward movement in terms of environmental protection – perhaps as a result of the March Against Monsanto on 3 Kawak (May 24th)? Whatever it is it is likely to have significant global consequences.

1 Kab’an (May 22nd) – the “initiation of evolutionary movement”, a key 52-day “shift-point” in the trecena that begins the third Tzolk’in cycle of the new era. Harvey Milk Day in California; the day of the release of a stamp to honour Harvey Milk, the gay rights activist who was the first openly gay individual to be elected to public office.

2 Etz’nab’ (May 23rd) – a dynamic “knife-edged” type of energy that can dazzle and/or divide and separate; the energy in place when 130 countries began adding their signatures to the Chemical Weapons treaty in 1993

3 Kawak (May 24th) – “activating storm” that can manifest as a “storm of compassion or emotion”, this time in conjunction with the March Against Monsanto, when people in 400 cities around the world will take to the streets to protest against GMOs and “Big Agriculture”

4 Ajaw (May 25th) – a “defining” energy associated with the full light of the sun, symbolic of renewal and enlightenment, the same “defining” Burner Day energy that coincided with Long Count 13.0.0.0.0, the end of the 13th B’aktun on Dec. 21st, 2012, the day in which a whole new Great Cyle of Time was “seated”. It was also a 4 Ajaw day that brought forth the signing of the unconditional documents of surrender by German forces in 1945, and the completion of the first phase of signing the Chemical Weapons treaty in 1993 . Now the scheduled day for the elections in Ukraine (originally slated for May 29th). Birth energy of pioneering activist Lucretia Coffin Mott, as discussed above.

5 Imix (May 26th) – the “blessing of birth”, representative of both “the realm of all potential” and chaos; symbolic of the primordial realm, which contains “all possibilities”, this time in conjunction with Memorial Day in the U.S. and the first day of the presidential election in Egypt; a return to the energy that was in place on VE day in 1945, when the world jubilantly celebrated the end of World War II in Europe and the beginning of peace

6 Ik’ (May 27th) – an “everywhere” type of energy associated with wind, breath, and spirit; the second New Fire anniversary of the inauguration (by a German Zeppelin company) of the first regular passenger-carrying airship service (in 1910); this time in conjunction with the second (and final) day of the presidential election in Egypt. World War II officially ended under this influence in 1945, after the unconditional surrender on 4 Ajaw. In 2004 this was the energy in place when Venus made its transition across the face of the sun.

7 Ak’b’al (May 28th) – a “self-generating” type of energy, often referred to as a “temple” or “house”, but also darkness, this time in conjunction with the New Moon; Amnesty International Day 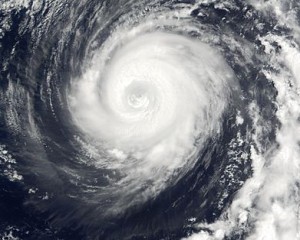 8 K’an (May 29th) – a “resurrection” type of energy associated with germination; 100th anniversary of the 1914 sinking of the ocean liner Empress of Canada in the St. Lawrence River, one of at which time over 1000 people lost their lives

9 Chikchan (May 30th) – representative of “outwardly-projecting” lifeforce, a powerful force that can spawn major weather events such as typhoons, and even push forth “evolutionary” events that can significantly impact the world, as happened when the First Women’s Rights Convention convened in New York in 1848 (see above).  The energy in place at the  Battle of Gettysburg in 1863, at the beginning of World War II when Germany invaded Poland in 1939, and again on the day in 1944 when Paris was liberated by the Allies.

10 Kimi (May 31st) – a double “absolute foundations” type of energy that is represented by the death god in both the number and daysign positions, this time in conjunction with No Tobacco Day. Traditionally seen as a “lucky” type of energy due to its association with spiritual foundations – a good target day for smokers to either quit “cold” or start working on the reduction of smoke related consumption; indeed, a good energy to curtail anything that is harmful to health and well being. In 2008 the Large Hadron Collider was shut down under this influence due to a serious fault.

11 Manik’ (June 1st) – “inspirational deer”, a change-oriented day aligned with the idea of reciprocity and new possibilities, although there can be a sacrificial aspect to it; can be somewhat “fiery” since Manik’ is a “carrier” of the sun on Earth, with the number 11 also being highly Earth-aligned. Situated in a position of intensity near the end of this “earth-movement” trecena, this energy is representative of solar power in tandem with strong Earth-aligned forces. It also marks the beginning of the Atlantic hurricane season.

12 Lamat (June 2nd) – a double Venus type of force; in combination with the “grouping together” influence of the number 12, this is a strong “heralding or signalling” type of energy, this time in conjunction with the 61st anniversary of Queen Elizabeth II’s coronation

13 Muluk (June 3rd) – “transformational water” – an energetic, often dramatic, type of energy that can trigger strong feelings and stir environmental forces which have, on occasion in the past, developed into floods, tornadoes, and even hurricanes. The day of the Syrian presidential election.