Oh to be in Venice now that Carnevale is here. 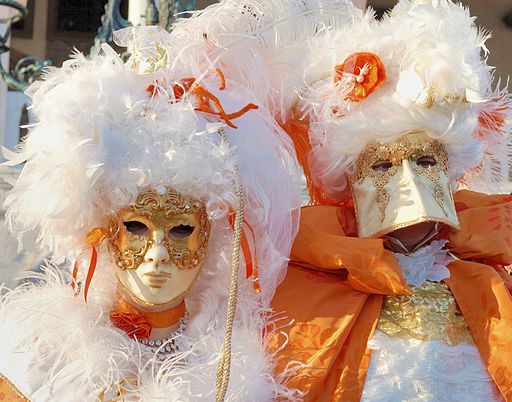 Those could be the thoughts of many of the hundreds of thousands of people blanketed under several feet of snow in North America’s northeast at this time, after being hit by wave upon wave of record-breaking blizzards during the past trecena. And now as the masked revelry gets underway in Venice and yet another storm bears down on the Maritimes and New England, we will reach the completion of exactly three Tzolk’in cycles (780 days, equivalent to the synodic cycle of Mars) since the start of the new era on Dec. 21, 2012. So where are we now?

Once again, with the return of the Kab’an trecena, we have an opportunity to work with the forces of “evolutionary” movement, the forces that have traditionally brought forth prodigious change, often on a global scale. As previously discussed, not only is this trecena associated with the opening and closing of major eras, but it is also aligned with re-birth or emergence, which can even manifest as world-shaping beginnings and endings. Both forgiveness and fertility are often involved, representative of the patron dieties of this time frame, which tie in with the overall idea of inspired dynamic motion.

In the past, world-shifting events that have manifested under this energy influence have included the departure of Christopher Columbus from Palos, Spain in 1492 en route to the “New World”; beginnings and endings of important space exploration events; the “powering up” of the atom-smashing Large Hadron Collider (in 2008); and the failure (also in 2008) of major investment companies in the U.S. which precipitated chaos in world financial markets.

In 1939 this trecena brought the beginning of World War II, with Germany’s invasion of Poland, followed – exactly one cycle later – by Germany’s invasion of Holland, Belgium, and Luxembourg, the first stage in the Battle of France. Precisely eight cycles after the inception of this horrific war, this trecena brought forth the conclusion of World War II, with the surrender of German forces in NW Germany, Denmark and the Netherlands, and Bavaria on One Kab’an in 1945.

As One Kab’an returns at this time it will be 100 Tzolk’in cycles exactly since the Mar. 16, 1943 beginning of the Battle of the Atlantic. And as this trecena concludes, on 13 Muluk, world leaders will be gathering at the White House to take part in an anti-extremism summit meeting to address issues associated with the kinds of threats from violent Islamic radicalism that have been threatening peace and stability in many regions over the past few years. 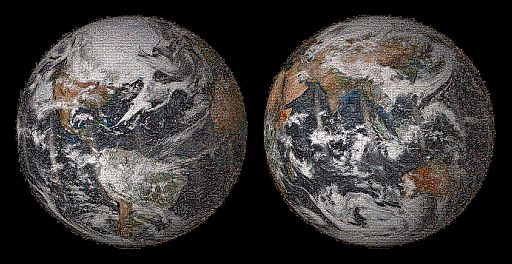 Earth Day Global Selfie mosaic made from more than 36,000 photos. Released on May 22, 2014 (One Kab’an). Photo Credit: NASA (Public Domain), via Wikimedia Commons

On the last appearance of One Kab’an at the end of last May NASA released a 3.2-billion-pixel Earth Day Global Selfie photo mosaic made from over 36,000 photos taken on Earth.  Then, over the following 13 days, significant elections were held in the European Union, Ukraine, Egypt, and Syria. Precisely one cycle before that there was the “Countdown to a Showdown”, as aircraft carriers and destroyers rendezvoused in the Mediterranean within striking distance of Syria. Three days after that – on the key day of Four Ajaw – over 100,000 people gathered in St. Peter’s Square in Vatican City for a four-hour peace vigil for Syria, in response to Pope Francis’ call for a grassroots appeal for peace, as similar vigils and anti-war rallies were held around the world.

It would seem that it is time for more vigils of this nature, particularly given the recent news reports that pro-Russian rebels, who are currently attacking several cities in eastern Ukraine, are looking to increase their forces to 100,000. 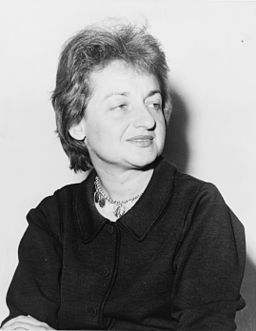 At this particular time this Kab’an trecena opens with the “New Fire” anniversary of the publication of Betty Friedan’s The Feminine Mystique, which became one of the most influential books of the twentieth century, playing a strong role in shaping the feminist movement. The Feb. 6th date that coincides with this One Kab’an return is also very close to the Gregorian date of both her birth and departure – Feb. 4th.

Running throughout this Kab’an trecena are key dates associated with Carnevale in Venice. With its St. Valentine’s Grand Masquerade Ball coinciding with 9 Chikchan on Feb. 14th, this will be a memorable time for those fortunate enough to be in attendance. But even for those who are deeply snow bound at this time, there are some areas where the best is made of even those much bleaker kinds of conditions – as in Quebec’s Winter Carnival which also runs through most of this trecena. 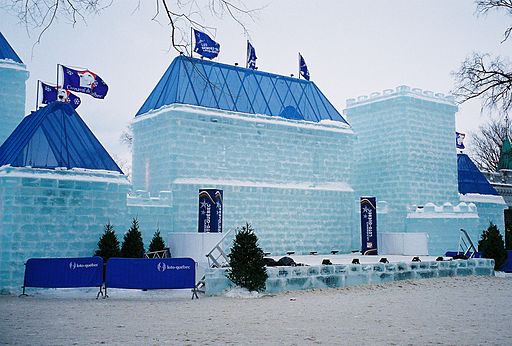 Four Ajaw on Feb. 9th brings us specifically to the completion of this third cycle since Dec. 21, 2012. Is it “mere coincidence” or is it “by design” that CBC televion will begin airing its Ascension series on that day, under the same energy influence as that on which hundreds of thousands expected some kind of miraculous “ascension” to happen in 2012? As we return to Four Ajaw this would be a good time to review one’s personal journey in order to set the course and intent for the next 260 days. What will be your next “evolutionary leap” and how will you facilitate it?

1 Kab’an (Feb. 6th) – the “initiation of evolutionary movement”, a key 52-day “shift-point” in the trecena that begins the fourth Tzolk’in cycle of the new era. Start of the second week of Quebec’s Winter Carnival.

2 Etz’nab’ (Feb. 7th) – a dynamic “knife-edged” type of energy that can dazzle and/or divide and separate; the energy in place when 130 countries began adding their signatures to the Chemical Weapons treaty in 1993

3 Kawak (Feb. 8th) – “activating storm” that can manifest as a “storm” of compassion or emotion

4 Ajaw (Feb. 9th) – a “defining” energy associated with the full light of the sun, symbolic of renewal and enlightenment, the same “defining” Burner Day energy that coincided with Long Count 13.0.0.0.0, the end of the 13th B’aktun on Dec. 21st, 2012, the day in which a whole new Great Cyle of Time was “seated”. This time this energy coincides with Family Day in B.C. It was also a 4 Ajaw day that brought forth the signing of the unconditional documents of surrender by German forces in 1945.

5 Imix (Feb. 10th) – the “blessing of birth”, representative of both “the realm of all potential” and chaos; symbolic of the primordial realm, which contains “all possibilities”; a return to the energy that was in place on VE day in 1945, when the world jubilantly celebrated the end of World War II in Europe and the beginning of peace

6 Ik’ (Feb. 11th) – an “everywhere” type of energy associated with wind, breath, and spirit, this time in conjunction with Mercury stationing direct. World War II officially ended under this “6 Wind” influence in 1945, after the unconditional surrender on 4 Ajaw. In 2004 this was the energy in place when Venus made its transition across the face of the sun – an event watched by millions.

7 Ak’b’al (Feb. 12th) – a “self-generating” type of energy, often referred to as a “temple” or “house”, but also darkness, as happened on the departure of the acclaimed poet, activist, and storyteller Maya Angelou last May.

Everything in the universe has a rhythm, everything dances. Maya Angelo 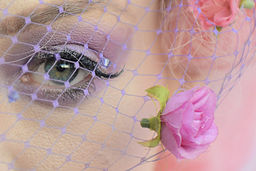 9 Chikchan (Feb. 14th) – representative of “outwardly-projecting” lifeforce, a powerful force that can spawn major weather events such as typhoons, and even push forth “evolutionary” events that can significantly impact the world, as happened when the First Women’s Rights Convention convened in New York in 1848.  Also in place at the Battle of Gettysburg in 1863, at the beginning of World War II when Germany invaded Poland in 1939, and again on the day in 1944 when Paris was liberated by the Allies. At this time this energy coincides with Valentine’s Day.

10 Kimi (Feb. 15th) – a double “absolute foundations” type of energy that is represented by the death god in both the number and daysign positions; traditionally seen as a “lucky” type of energy due to its association with spiritual foundations. In 2008 the Large Hadron Collider was shut down under this influence due to a serious fault

11 Manik’ (Feb. 16th) – “inspirational deer”, a change-oriented day aligned with the idea of reciprocity and new possibilities, although there can be a sacrificial aspect to it; this time in conjunction with President’s Day in the U.S., Louis Riel Day in Manitoba, Family Day in several provinces of Canada, and the eve of Mardi Gras in New Orleans. This is an energy that can be somewhat “fiery” since Manik’ is a “carrier” of the sun on Earth, with the number 11 also being highly Earth-aligned. Situated in a position of intensity near the end of this “earth-movement” trecena, this energy is representative of solar power in tandem with strong Earth-aligned forces.

12 Lamat (Feb. 17th) – a double Venus type of force; in combination with the “grouping together” influence of the number 12, this is a strong “heralding or signalling” type of energy, this time in conjunction with Mardi Gras in New Orleans

13 Muluk (Feb. 18th) – “transformational water” – an energetic, often dramatic, type of energy that can trigger strong feelings and stir environmental forces which have, on occasion in the past, developed into floods, tornadoes, and even hurricanes. This time this energy coincides with the New Moon, the eve of Chinese New Year, and the anti-extremism summit meeting at the White House.