Early September – a time of new beginnings – new school year, new work cycle after people return from summer vacations. And, as it happens this year, these particular beginnings are correlating with the Imix (Birth) trecena, at the start of a new 260-day Tzolk’in cycle. This is a trecena that is often aligned with the creation of fresh new ways of being. Representative of the “primordial realm”, Imix is a “world-making” type of energy that can give birth to an infinite array of possibilities.

For some reason, humans seem to want to literally “touch” the cosmos during this period, as seen when the first human ascent into the stratosphere was made during this timeframe, in 1931. Also under the auspices of this trecena test pilot Chuck Yeager broke the sound barrier, in 1947, and then in 1957 the launch of Sputnik I kicked off the space race. It was this trecena that precipitated the landing of NASA’s Spirit Rover on Mars, in 2004. In 2006 the panoramic camera on the Mars Exploration Opportunity Rover sent back stunning photos of the Martian landscape during this time frame. 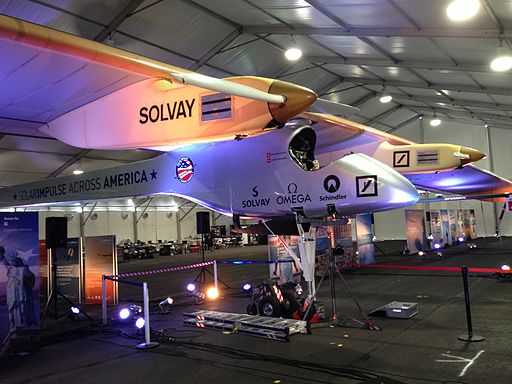 In 2010 this was the trecena that saw the first solar powered flight of Solar Impulse, an experimental solar-powered aircraft designed for long-range flight using only solar power. Many more developments related to this aircraft are in the works, with a number of events planned for 2015. 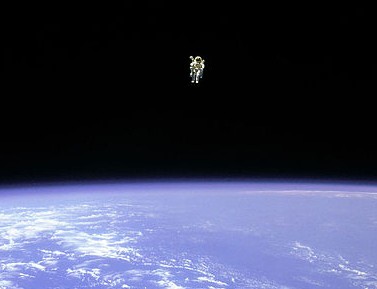 One of the first untethered space walks, during a Challenger Space Shuttle Mission in 1984. Photo Credit: NASA [Public domain], via Wikimedia Commons.

During the Christmas period of last year (the last occurrence of this trecena) two American astronauts quite literally ventured into the great void of space as they spacewalked their way through the delicate procedure of repairing the vital cooling system on the ISS. Undertakings such as these always seem to open new realms of thought, prompting the mind to expand into unexplored territories.

Indeed, this trecena seems often to open portals to the cosmos itself – as happened on the ninth day of this trecena in 1925, on the first day of that year. On that 9 Muluk day (a shape-shifting energy with long range implications) the astronomer Edwin Hubble announced the existence of galaxies other than the Milky Way, which greatly expanded our comprehension of the great cosmic expanse. 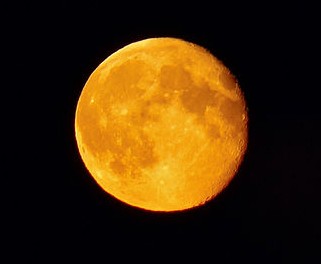 But this time we won’t have to reach far to appreciate the heavens, as the third and final Supermoon of the year will make its presence known during this trecena, at which time it will be a Harvest Moon, a time when many harvest festivals take place, such as the lovely flower-strewn Onam festival in India (see below).

During this opening of “the realm of all potential”, new tactics or “new beginnings” often come into play on many fronts, as when the internet became active under the influence of One Imix in 1969, signalling a dramatic, quantum shift in the nature of world communications. As with birth itself, this period has the potential to be quite chaotic, and past events can definitely provide clues to the nature of the energies that will run through this time frame.

Given the unfathomable events that are currently underway in eastern Ukraine and neighbouring regions at the present time (close to 10 million people displaced from or in Syria) it is apparent that a huge amount of effort will be needed to establish workable options to the chaos that is already so prevalent in those areas. Significantly, the tenth day of this trecena brings the return of President Putin’s Maya birth energy. Having drawn the attention of world leaders to his machinations in Eastern Ukraine it remains to be seen whether he will ultimately use his 10 Ok birth energy for higher purposes, or continue to deploy it in the “shadow” sense, whereby the “loyalty”, “guidance”, and “fire-related” aspects of this energy are used for less-than-noble purposes, as in the aggressive seizing of territory to pursue “world-making” ambitions.

In British Columbia it is the teachers’ strike (that began last June) that is particularly worrisome, as school opening has already been delayed, with no settlement in sight. A tremendous amount of ground-breaking ingenuity will be required to avert the chaos that will ensue if this highly problematic dispute cannot be resolved in the near future.

As we contemplate and embark upon September’s new opportunities this Imix trecena could provide assistance in terms of thinking “beyond the box”, embarking on new adventures, and hopefully finding solutions to dire situations. These are the energies that will come into being:

1 Imix (Sept. 3rd) – the initiation of the “realm of all potential”

2 Ik’ (Sept. 4th) – a dynamic energy associated with “wind, breath, and spirit”, as in the first solar powered flight of Solar Impulse, noted above

3 Ak’b’al (Sept. 5th) – the activation of darkness, associated with deep mysteries and sometimes the unexpected

4 K’an (Sept. 6th) – a “defining” energy associated with the resurrection of youthful vitality, in conjunction with the start of this year’s Chinese Mid-Autumn Festival (aka the Moon Festival); in Kerala, India this is an important day related to Onam (see Sept. 7th) 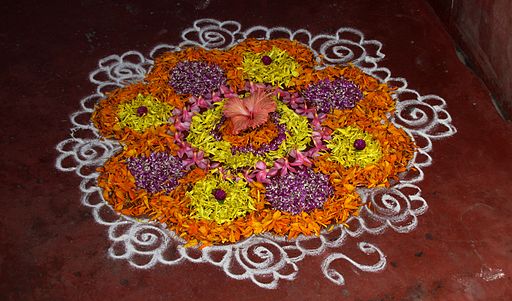 5 Chikchan (Sept. 7th) – associated with the “blessing of lifeforce”; this is the “focus” day for the 10- day Onam harvest festival in India where the ground in front of homes is decorated with wonderful floral carpets called pookkalams, and people celebrate with feasting, new clothes, games, and snake boat races.

6 Kimi (Sept. 8th) a “foundational” type of energy that can often manifest as a kind of “equalization everywhere” type of force, which can bring a sense of “release”, sometimes oriented around the setting of foundations for restructuring or for “regeneration” – this time in conjunction with Moon Cake Day, the most important day for the Chinese Moon Festival 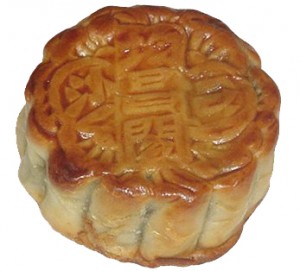 7 Manik’ (Sept. 9th) – a “self-generating” type of energy associated with the idea of reciprocity; this time in conjunction with the Full Moon (the Harvest Moon, the third and final Supermoon of the year) and the “seating” of the Maya month known as Ch’en. A good type of energy for “generating sustenance”, for being involved in humanitarian activities, as well as for working through negotiations or joint ventures.

8 Lamat (Sept. 10th) – a “resurrection” of the Venus-oriented “heralding” energy, aligned with leadership; traditionally a Maya “Celebration of Abundance” day; in some ancient Mesoamerican regions this energy was known as “Rabbit”, and was seen as a symbol of abundance and proliferation. In those countries that have been celebrating the Ganesh Chaturthi festival (as noted in the last trecena) this is the day when Ganesha statues are immersed in water to wash away misfortunes.

9 Muluk (Sept. 11th) – representative of “the outward projection of water”, this is a path-finding, and even “shape-shifting force. The day of the scheduled meeting of First Nations Chiefs with the B.C. government to discuss the implications of the historic land claims ruling by the Supreme Court that granted Aboriginal Title to 1750 square miles of undeveloped land in B.C. to the Tsilhqot’in First Nation; it has been suggested that this meeting has the potential to bring resource development in BC to a standstill. 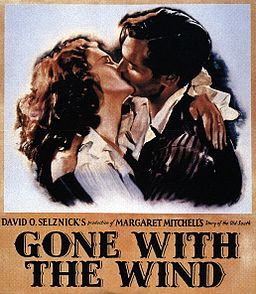 Poster from the 1939 film Gone With the Wind. Photo Credit: Employee(s) of MGM [Public domain], via Wikimedia Commons

10 Ok (Sept. 12th) – a Burner Day representative of “foundational” fire (or “heart fire”), often associated with love, protection, guidance, and justice; this time in conjunction with possible disruptions to electronics and the viewing of spectacular Northern Lights in many places due to the strong solar flares that erupted on the surface of the sun during the past two days. Traditionally this would have been seen as an energy that “begins the fire”, as in the sense of setting something up for action. This was the energy under which the blockbuster Gone With the Wind opened in December of 1939. On yesterday’s 9 Muluk a major exhibition on the making of this film opened at the Harry Ransom Center at the University of Texas in Austin.   This 10 Ok energy can also provide a “course correction” if some significant adjustments are needed to a course of action.

11 Chuwen (Sept. 13th) – a “change” oriented, “timeweaver” type of energy – the energy that brought forth the first untethered space walk in 1984 (see above). This is an energy that can bring the reminder to have fun, but can also advise us to “be on our toes”.

12 Eb’ (Sept. 14th) – a “gathering together”, “stream-of-consciousness” type of energy, this force can be quite intense, often containing within it a “spark” or “essence of revitalization” that hints at refreshing new possibilities

13 B’en (Sept. 15th) – “transformational personal authority”, an energy under which many strongly transformative events have taken place in the past, as in the death of Queen Elizabeth I in 1603, the inception of the Russian Revolution of 1917, the launch of Sputnik I by the USSR (signalling the beginning of the Space Age) in 1957, and the inception of the Islamic Revolution in Iran, in 1979.