Once again we have seen a trecena unfold in exact harmony with the Tzolk’in energies. During this past trecena, oriented around Leaderhip and Renewal, we saw the celebration of an extraordinary life as that life was honoured by its nation, attended by over 100 of the world most prominent leaders and dignitaries. On the last day of the trecena, and the final day of this current Imix to Ajaw cycle, the largest statue in the world of Mandela was unveiled in Pretoria. With arms outstretched it was a perfect symbol to mark this 13 Ajaw (“transformational enlightenment”) day, which coincides with South Africa’s national Day of Reconciliation (click here for the unveiling).

Also within this past trecena strong and decisive leadership in the U.S. fomented a surprising – and very positive – turn of events when moderate Republicans bypassed the Tea Party and negotiated a bipartisan deal that provided overwhelming support for a new federal budget, thereby laying the foundation for much greater economic stability. Not only was this a momentous development, the likes of which few people could ever have imagined, but it was under the leadership of House Speaker John Boehner, whose Maya birthday was in place on the day the deal was announced. With this deal being approved just four days before the beginning of this forthcoming Imix (Birth) trecena, at the start of a new 260 day Tzolk’in cycle, it seems that, on many levels, a “whole new ballgame” is about to begin.

Now, with Christmas close at hand, we are ending the Gregorian year with a trecena that is often aligned with the creation of whole new ways of being. Representative of the “primordial realm”, Imix is a “world-making” type of energy that can give birth to an infinite array of possibilities. 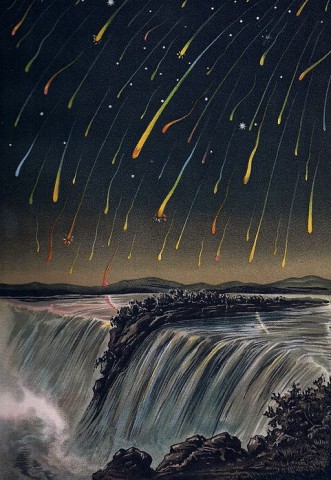 Connections to the larger cosmos can often be detected at this time, as in 1833 when the early hours of the third day of this trecena brought forth an event that marked the “birth” of meteor astronomy. During those early morning hours it was estimated that a thousand meteors a minute lit the skies around the constellation Leo. Many thought that Judgement Day was at hand, and others were so bedazzled by the sight that it inspired a wide range of artistic renditions.

For some reason, humans seem to want to literally “touch” the cosmos during this period, as seen when humans made their first ascent into the stratosphere during this timeframe, in 1931. Also under the auspices of this trecena test pilot Chuck Yeager broke the sound barrier, in 1947, and then in 1957 the launch of Sputnik I kicked off the space race. It was this trecena that precipitated the landing of NASA’s Spirit Rover on Mars in 2004.

As China successfully landed its Chang’e-3 lunar probe on the moon at the end of the last trecena, and is soon to release its a robotic moon rover to begin a three-month exploration of the moon’s surface, many people will be watching those events with high anticipation. Such developments can certainly be seen as events that have opened up (and continue to open up) new realms of thought, setting new benchmarks for on-going explorations.

Indeed, this trecena seems often to open portals to the cosmos – with one of the most significant mind-expanding portals being opened on the ninth day of this trecena in 1925, which happened to be the first day of January. On that 9 Muluk day (a shape-shifting energy with long range implications) the astronomer Edwin Hubble announced the existence of galaxies other than the Milky Way, which greatly expanded our comprehension of the great cosmic expanse. During this forthcoming period one of more of the astronauts aboard the ISS may have opportunities to get closer to the cosmos if it becomes necessary for them to do spacewalks to repair the broken cooling system.

During this opening of “the realm of all potential”, new tactics or “new beginnings” often come into play on many fronts, as when the internet became active under the influence of One Imix in 1969, signalling a dramatic, quantum shift in the nature of world communications. This was also the energy that was in place when Egyptian President Mubarak stepped down and handed over his presidential powers to the Egyptian Armed Forces exactly four cycles ago. Two cycles before that, on the One Imix day that coincided with 09/09/09, President Obama gave an address to a joint session of Congress that opened the door for the ratification of his Health Care Reform bill.

As with birth itself, this period has the potential to be quite chaotic, and past events can definitely provide clues to the nature of the energies that will run through this time frame, as when the fierce Battle of Damascas was launched on One Imix last July by the Free Syrian Army.

Indeed, this trecena often does begin with a “bang”, as it did three cycles ago (at the end of October, 2011) when an unprecedented winter storm hit the U.S., dumping large quantities of snow, downing trees and power lines, and knocking out power for nearly three million homes. And with people still dealing with another such storm that hit two days ago, the overall timing and conditions are amazingly similar to what happened in 2011 when nearly three feet of snow fell overnight in parts of Eastern Canada and the U.S.

So in addition to bundling up warm and preparing for this year’s holiday season, keep in mind that this is also a great time to think about new visions, new possibilities, and new beginnings. As this “Birth of a New Realm” trecena unfolds these are the energies that will come into being:

1 Imix (Dec. 17th) – the initiation of the “realm of all potential”, this time in conjunction with the Full Moon

2 Ik’ (Dec. 18th) – a dynamic energy associated with “wind, breath, and spirit”, in conjunction with the “seating” of the Maya month known as K’ank’in (precious sun). In the past 2 Ik’ has brought some strong winds, as in the Category 5 Hurricane Ivan that devastated several parts of the Caribbean and the U.S. in 2004. On its last appearance this energy coincided with 0 Pop, the “seating” of the Classical Maya New Year. So we have been going through a 2 Ik’ year, and we have certainly seen many strong wind events. This year marker continues until early April.

3 Ak’b’al (Dec. 19th) – the activation of darkness, associated with deep mysteries and sometimes the unexpected – as in the spectacular 1833 meteor shower noted above 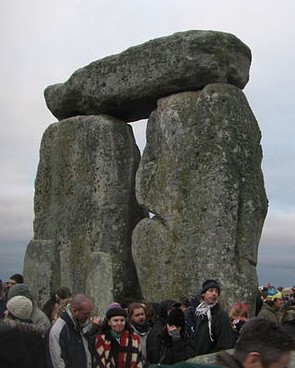 4 K’an (Dec. 20th) – a “defining” energy associated with the resurrection of youthful vitality; Nelson Mandela’s 94th birthday coincided with this energy in the summer of 2012

5 Chikchan (Dec. 21st ) – associated with the “blessing of lifeforce”, this time in conjunction with Winter Solstice (click here for information on the lantern festival to be held in Vancouver); day of a  proposed space walk to repair the ISS

6 Kimi (Dec. 22nd) – a “foundational” type of energy that can often manifest as a kind of “equalization everywhere” type of force, which can bring a sense of “release”, sometimes oriented around the setting of foundations for restructuring or for “regeneration”; Comet Lovejoy due to reach its perihelion

7 Manik’ (Dec. 23rd) – a “self-generating” type of energy associated with the idea of reciprocity; a good type of energy for “generating sustenance”, for being involved in humanitarian activities, as well as for working through negotiations or joint ventures, particularly if working with these new energies to start or build something “new or fresh”.

8 Lamat (Dec. 24th) – a “resurrection” of the Venus-oriented “heralding” energy, aligned with leadership; traditionally a Maya “Celebration of Abundance” day; in some ancient Mesoamerican regions this energy was known as “Rabbit”, and was seen as a symbol of abundance and proliferation, as will be evident in millions of homes this Christmas Eve; Justin Trudeau’s Maya birthday

9 Muluk (Dec. 25th) – representative of “the outward projection of water”, this is a path-finding, and even “shape-shifting force, as noted above re Jan. 1st, 1925; this time in conjunction with Christmas Day; Justin Trudeau’s Gregorian birthday

10 Ok (Dec. 26th) – a Burner Day representative of “foundational” fire (or “heart fire”), often associated with love, protection, guidance, and justice; traditionally this would have been seen as an energy that “begins the fire”, as in the sense of setting something up for action – perhaps this time for Boxing Day sales in Canada? This energy can also provide a “course correction” if some significant adjustments are needed to a course of action.  In 1968 this was the energy that brought forth the heart-wrenching shooting of Senator Robert Kennedy during the California Primary convention.

11 Chuwen (Dec. 27th) – a “change” oriented, “timeweaver” type of energy that brought forth the first untethered space walk in 1984. This is an energy that can bring the reminder to have fun, but can also remind us to “be on our toes”, since it can sometimes churn up things of an “unexpected” nature. Nevertheless, since we’re still in this “birth” oriented trecena this type of creativity is still ultimately oriented towards bring forth something new.

12 Eb’ (Dec. 28th) – a “gathering together”, “stream-of-consciousness” type of energy, this force can be quite intense, often containing within it a “spark” or “essence of revitalization” that hints at refreshing new possibilities

13 B’en (Dec. 29th) – “transformational personal authority”, an energy under which many strongly transformative events have taken place in the past, as in the death of Queen Elizabeth I in 1603, the inception of the Russian Revolution of 1917, the launch of Sputnik I by the USSR (signalling the beginning of the Space Age) in 1957, and the inception of the Islamic Revolution in Iran, in 1979. Two cycles ago this energy coincided with the opening of the London Olympic Games.