One of the most intriguing aspects of the Maya Calendar lies in the fact that events of a similar nature often recur in conjunction with specific energies. Many times such events recur precisely on the day, but sometimes the recurrence is also “in the vicinity of” the day. That seems to be what happened this time ‘round, as two major typhoons smashed their way through several countries within shouting distance of the start of the Ik’ trecena. 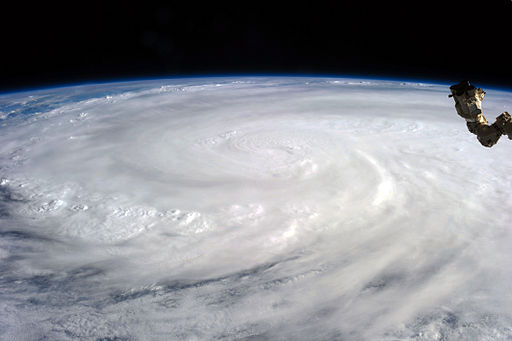 Indeed, on the last appearance of One Ik’ (in November of last year) the gargantuan Category 5 Typhoon Haiyan (aka Yolanda), which the weather network called the “most powerful storm to ever make landfall”, hit the Philippines, requiring the evacuation of nearly 800,000 people. This monster killed over 6100 people, destroyed entire towns, and left millions without power, water, fuel, or communications. 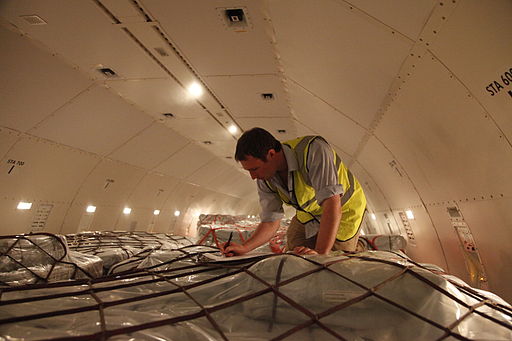 A Boeing 777 carrying 8,000 shelter kits (each designed to keep a family of five sheltered from the elements) for delivery to World Vision for distribution in the worst-affected areas of the Philippines. This was the first of several UK-funded humanitarian flights flown from both Dubai and the UK in response to Typhoon Haiyan in Nov. 2013. Photo credit: DFID – UK Department for International Development [CC-BY-2.0 (http://creativecommons.org/licenses/by/2.0)], via Wikimedia Commons

And now, at the start of this current Ik’ (Wind) trecena, the Philippines is currently in the process of cleaning up after Cat. 3 Typhoon Rammasun (aka Glenda) cut a path across the main island of Luzon just over a week ago. The strongest since Haiyan, this fierce typhoon triggered mudslides and flash floods, destroyed roads and bridges, and toppled trees and power lines that shut down Manila and many other areas for several days. As if that wasn’t enough, Typhoon Matmo then made landfall in eastern China just two days ago, bringing strong winds, heavy rains, and widespread blackouts to the heavily populated coast of Fujian province after severely pummelling Taiwan.

While we can hope and pray that this kind of activity is over for the moment, it is clear that this CAN BE a volatile period that is prone to such things as hurricanes, tornadoes, and even blizzards (as in the “Great Plains Blizzard” of February 2013). Last November the “apocalyptic” Cyclone Cleopatra hit Sardinia just days after Typhoon Haiyan’s rampage through the Philippines.

Despite such overt manifestations of the power of wind, this period is also associated with the energies of breath, spirit, and communication – aligned with the Mesoamerican deity known as Ehécatl, the wind/breath/spirit form of Quetzalcoatl. While Ehécatl is symbolic of wind, he is also representative of the breath of life, communication, inspiration, and many other things of a spiritual nature. 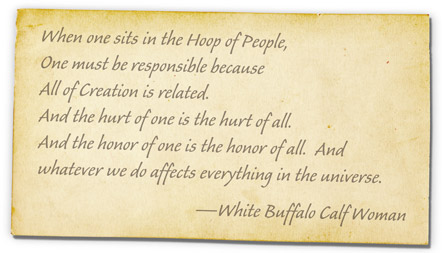 For this reason this trecena was generally seen as being oriented around high magic, as in the rare transit of Venus across the face of the sun in 2012 on the first day of this trecena, and in the birth of a rare white buffalo calf (named Miracle) in 1994, the first recorded white buffalo birth since 1933. Representative of the coming of White Buffalo Calf Woman who taught about the sacredness of life, this was a significant event for Native Americans. Amazingly, another white buffalo calf (Desert Rose Spirit) was born just ten days after the 2012 Venus transit and three days after a special prayer dance was done to call in a white buffalo calf in South Dakota.

Other important events that have been occurred within this wind/breath/spirit time frame include the “Miracle of the Sun” appearance of the Virgin Mary to three children at Fatima in 1917, Amelia Earhart’s first flight across the Atlantic (in 1928), the first flight of the twin-engine all-metal Lougheed Model 10A Electra (the type flown by Earhart of her ill-fated final trip) in 1934, and the inauguration of Joseph Ratzinger as Pope Benedict XVI during an open air mass at St. Peter’s on One Ik’ in 2005, as well as the final week of his papacy during this trecena in 2013. 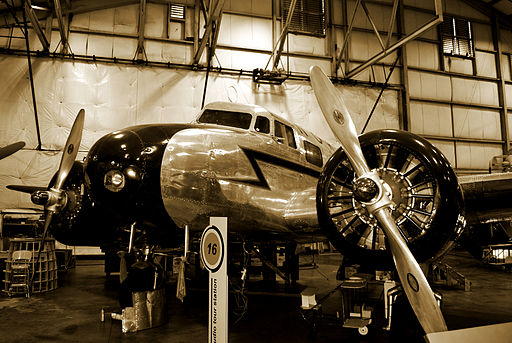 A Lockheed Electra 10A on display in the New England Air Museum. This aircraft, used by various airlines in North and South America and in Europe, was Lockheed’s entry into the era of streamlined all-metal airplanes. The prototype first flew on 23 February 1934 [8 Muluk in the Ik’ (WInd) trecena]. Photo Credit: Kevin King from Pensacola, Florida [CC-BY-2.0, via Wikimedia Commons.

As this trecena comes into play many in Russia may be thinking about World War I, as the 100th anniversary of Russia’s entry into that war comes up during this time frame. At the same time leaders of that country are dealing with accusations of possible involvement in the recent downing of a passenger air carrier over Ukraine. As another passenger jet (Algerian) was downed just two days ago, this time over Mali, a major investigation will also be launched into that situation.

In the Middle East the opening of this trecena brings a 12 hour “humanitarian pause” in the fighting between Israel and Gaza, during which over 800 Palestinians have lost their lives in just under three weeks, and hundreds of others have been wounded. Let’s hope that, as Ramadan comes to an end, One Ik’/One Wind will bring some fresh ideas and proposals that can provide more of a permanent solution to the issues that plague that region.

In the Pacific region in recent weeks it has not been war, but rather war games, in the form of the RIMPAC naval exercises, the world’s largest (involving 23 nations). These are due for completion by the midpoint of this 13-day period.

And in British Columbia, a very special form of communication may be required between the government and the Gitxsan (one of the First Nations in northern B.C.) as the chiefs of that nation have set a deadline for the eviction from their hereditary lands of Sportsfishers, Forestry (BC Crown) and BC Rail. As that deadline comes due during this period, it will be interesting to see what the next move will be if that eviction call is not honoured. 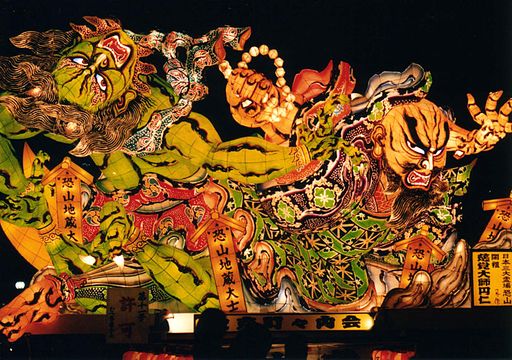 On a lighter note this trecena will also bring in the start of the 48th Caribana Toronto Festival 2014 in Toronto with over 1 million tourists expected. Several lovely celebrations will take place in Japan, such as the Aomori Nebuta, one of Japan’s Three Big Fire Festivals.

We begin the trecena with One Ik’, with the energy of the Moon Goddess (generally aligned with the waters of life as well as healing and divination) working in conjunction with Ehécatl, the great “Wind/Breath/ Spirit” deity. These forces influence the entire thirteen day period. Chantico, the Goddess of Terrestrial Fire, who serves as the patron of this time frame can sometimes help to provide balance through the warmth and nourishment of her hearth fire when the “winds” that blow through this time frame become too ferocious. 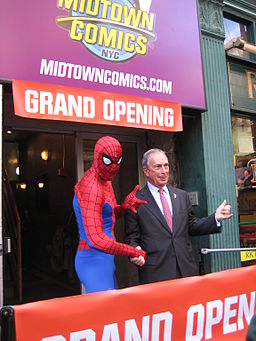 During this time of “high magic”, inspiration, and communication, these are the energies that will come into play:

1 Ik’ (July 26th) – One Wind – the “initiation of wind/breath/spirit”; this time inconjunction with the New Moon. Three cycles since the rare transit of Venus across the face of the sun in 2012.

2 Ak’b’al (July 27th) – a “dynamic” type of energy associated with the temple or “house” of deep esoteric mysteries; end of Ramadan (in some areas)

3 K’an (July 28th) – an “activation” type of energy associated with both germination and opulence; the Maya birth energy of Queen Elizabeth II; New Fire anniversary of the first publication of Spider-Man. This time 3 K’an is in place in conjunction with the peak of the Delta Aquarids Meteor Shower, the Eid-al-Fitr celebrations at the end of Ramadan (in other areas), and Gay Pride week in Vancouver.

4 Chikchan (July 29th) – the “defining” of Lifeforce, a Burner Day associated with “running with the fire”, in conjunction with Quetzalcoatl’s connection with Liberation and Higher Consciousness; this time in conjunction with International Tiger Day and the peak of the Delta Aquarids Meteor Shower.

5 Kimi (July 30th) – a “precision” type of energy associated with “absolute foundations” – often a “game changer”, as happened in 2010 when the BP oil rig sunk in the Gulf of Mexico, marking the beginning of the worst crude oil spill in US history 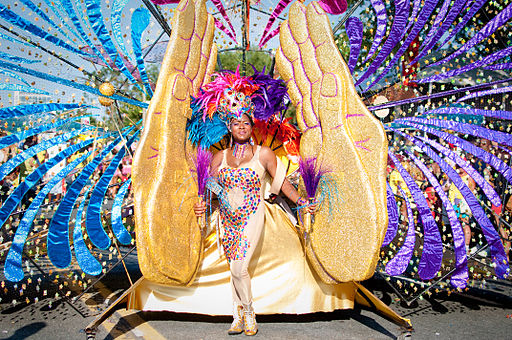 7 Lamat (Aug. 1st) – “self-generating star” or beacon; a strong “heralding” type of energy, as well as a force that is often associated with strong winds (even hurricanes). Final day of the RIMPAC naval exercises in the Pacific. 100th Gregorian anniversary of the day when Germany declared war on Russia in 1914.

8 Muluk (Aug. 2nd) – the “resurrection” of water; strongly aligned with rebirth and “purification”; beginning of the Aomori Nebuta Matsuri festival in Japan

9 Ok (Aug. 3rd) –an “outwardly-projecting” type of energy associated with love, loyalty, and guidance that can have long lasting influence; a “double-fire” type of energy often aligned with “hearth-fire” or even “heart-fire, as seen in the works of Mark Twain and Steven Spielberg, both born on 9 Ok days. As it happens, a “musical tall tale” called “Mark Twain in Fairhaven” is being performed during this trecena, in Washington’s Fairhaven district. Today’s 9 Ok is in place in conjunction with International Friendship Day (recognized by the UN on July 30th but generally celebrated on the first Sunday in August) and National Watermelon Day (who knew that there are over 1200 different cultivars of this fruit?).  100th Gregorian anniversary of the day when Germany declared war against France. Tenth anniversary of the launch of NASA’s Messenger spacecraft, for its journey to Mercury. 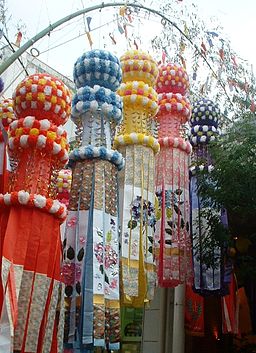 10 Chuwen (Aug. 4th) – foundational play; a creative time-weaving type of force. Civic holiday in Canada. Deadline date in the Gitxsan Chiefs’ eviction notice (see above). 100th Gregorian anniversary of the German invasion of Belgium at the start of World War I. On that day Britain declared war against Germany (the Maya day was 2 Kimi).

11 Eb’ (Aug. 5th) – inspirational “animating vitality”, aligned with change and new possibilities. The opening of an extraordinary installation at the Tower of London, called “Blood Swept Lands and Seas of Red” in honour of the British and Colonial soldiers who died in World War I. Click here for imagery and more on the story.

12 B’en (Aug. 6th) – a “grouping together” type of force aligned with personal authority, a kind of double-Quetzalcoatl type of force, this time in conjunction with one of the major Sendai Tanabata Matsuri (Star Festival) days in Japan

13 Ix (Aug. 7th) – “transformational Jaguar” – a double transformation type of energy associated with the Jaguar, earth mysteries, and high magic; on the appearance of this energy in March of last year the Comet PANSTARRS passed close to Earth, at a distance of about 93 million miles