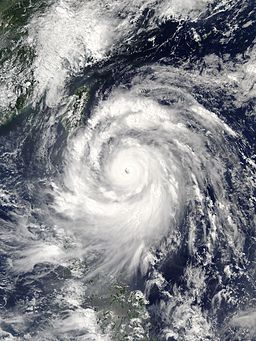 There was no doubt last September that the opening of the Ik’ trecena was a “One Wind” day as that was the time when Cat. 5 Super Typhoon Meranti, one of the most powerful ever recorded, knocked out power to some 500,000 households in Taiwan, before wreaking havoc on mainland China. This typhoon had strengthened from a Cat. 1 to a Cat. 5 in just 36 hours.

Four cycles before that, under exactly the same “One Wind” influence Cat. 5 Super Typhoon Haiyan (aka Yolanda) devastated the Philippines. As demonstrated by such events it has been blatantly evident that the “wind” aspect is an integral part of this energy frame. So it is not surprising to see that the second day of this trecena at this time kicks off the Atlantic hurricane season, which is predicted to be above-average this year.

But this is a time frame also aligned with Spirit, Inspiration, and Communication, as was in place three cycles ago when Hillary Clinton announced her campaign to become the Democratic candidate for the U.S. presidential election, kicking off a communications windstorm that ultimately had dire consequences. Two cycles after that announcement, on the last appearance of this energy, she was diagnosed with pneumonia and advised to get some rest before continuing with her hectic campaign schedule. As she was recovering the rest of the trecena delivered many strong endorsements for her from influential publications, such as the New York Times. At the present time it is the British election that will draw much attention, on the 9th day, as Elizabeth May seeks a mandate for negotiating Brexit. 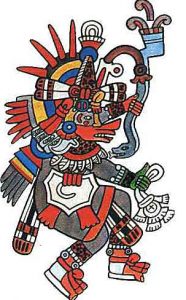 With this energy period being pushed forward by the Mesoamerican deity known as Ehécatl, the wind/breath/ spirit form of Quetzalcoatl, there is often a “breath of new life” aspect to this sequence of days, which is not only oriented around communication, inspiration, and many other things of a spiritual nature, but also high magic, as in the rare transit of Venus across the face of the sun in 2012 on the first day of this trecena, and the opening of the amazing poppy exhibit surrounding the Tower of London in 2014.

High magic was certainly in play on this trecena’s last appearance when, on the second day, the European Space Agency unveiled the most complete map of the Milky Way ever created, including over a billion stars, based on the first 14 months of the Gaia probe’s 5.5 year observational campaign, giving us a chance to see our place in the universe in a whole new way.

This is the trecena that brought the first flight (in 1934) of the twin-engine all-metal Lockheed Model 10A Electra (the type flown by Amelia Earhart on her ill-fated final trip). At this particular time this trecena will mark the 80th anniversary of the disappearance of Amelia over the Pacific Ocean in 1937.

As it happens the first day of this trecena is also the Maya birth energy of Charles Lindbergh, the aviator who made the first nonstop solo transatlantic flight, from New York to Ireland in the “Spirit of St. Louis”, in 1927. Little could he have imagined that a mere 71 years later the first module of the International Space Station would be transported into space (also during this trecena).

At the present time there are many things in the works that could benefit from some renewed spirit. In Washington, of course, the Russian investigation continues, with a newly appointed special counsel now involved. With more and more evidence of Russian interference in the election piling up, more and more evidence of collusion, more and more calls for Congress to take the first step towards impeachment, and even the resignation of the White House communications director the day before this trecena begins, there is no doubt that there will be many new developments during these current  13 days.

During this time many will likely feel the heat from Chantico, the Goddess of Terrestrial Fire, who serves as the patron of this time frame. Although she can also help to provide balance through the warmth and nourishment of her hearth fire if the “winds” that blow through this time frame become too ferocious, she may also help to apply “heat” where it is needed. No doubt the winds will “blow hot” for many as, among other things, the Russian probe continues and British elections play out. As this was seen as a time of “high magic”, inspiration, and communication, this is an excellent time to “tune in” and use the influential forces associated with this energy frame to breathe life into new possibilities. 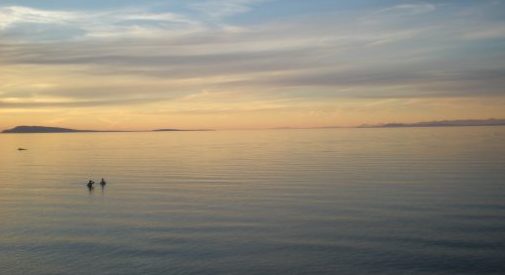 World Oceans Week begins on 2 Ak’b’al and World Oceans Day coincides at this time with 9 Ok in conjunction with the Full Moon. Photo: M. Paquin

These are the energies that will come into play:

1 Ik’ 0 Sotz’ (May 31st) – the “initiation of wind/ breath/spirit”, precisely three cycles since Hillary Clinton announced her campaign to become the Democratic candidate for the U.S. presidential election. Maya birth energy of Late Night talk show host Seth Myers, who provides a running commentary on the daily fiasco playing out in U.S. politics. Currently this coincides with the “seating” of the Maya month known as Sotz’. 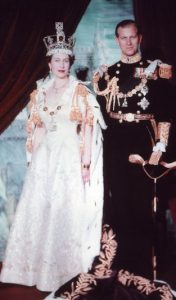 2 Ak’b’al (June 1st) – a “dynamic” type of energy associated with the temple or “house” of deep esoteric mysteries, this time in tandem with the start of the Atlantic hurricane season and the start of World Oceans Week

3 K’an (June 2nd) – an “activation” type of energy associated with both germination and opulence, as was in place last September when President Obama announced the creation of Northeast Canyons and Seamounts Marine National Monument, to protect an ecologically sensitive area off the coast of Cape Cod. At this time this is 80th anniversary of the disappearance of Amelia Earhart.

Maya birth energy of Queen Elizabeth II, coinciding at this time with the 64th anniversary of her coronation in 1953.

4 Chikchan (June 3rd) – the “defining” of Lifeforce, a Burner Day associated with “running with the fire”, in conjunction with Quetzalcoatl’s connection with Liberation and Higher Consciousness, coinciding at this time with a conjunction between the Moon and Jupiter, and the widescale March for Truth demonstrations across the U.S.

This day marks the start of the auspicious Ganga Dussehra festival in India, at which time it is said that one can get salvation from sins or achieve Moksha (liberation) by taking a dip in the Ganga River, which is seen as the incarnation of the Goddess Ganga. 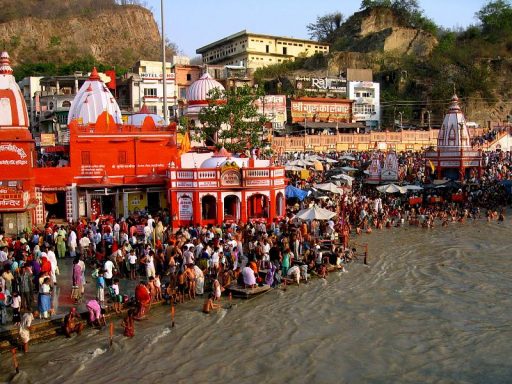 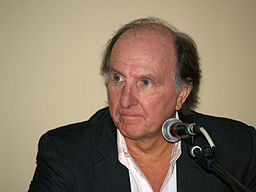 Referred to as the “best reporter in New York City” his works included the insightful “Trump, the Greatest Show on Earth: The Deals, the Downfall, the Reinvention”

5 Kimi (June 4th) – a “precision” type of energy associated with “absolute foundations” – often a “game changer; the day when Ariana Grande and many other well known pop stars  will give a benefit concert in Manchester to raise money for the victims of the terror attack at her concert there on May 22nd. The 7th crossing of Saturn’s rings by NASA’s Cassini spacecraft. Maya birthday of gun inventor Samuel Colt. 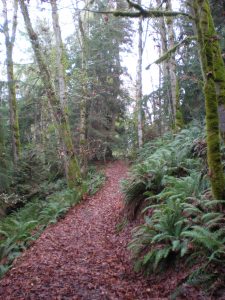 The UN’s World Environment Day’s theme at this time is “Connecting People to Nature”. A great time for a walk in the forest. Photo:  M. Paquin

The 100th anniversary of the day when registration for the draft first opened in the U.S. in 1917 for men aged 21-31 to fight in World War I. Jimmy Fallon’s Maya birthday

7 Lamat (June 6th) – “self-generating star” or beacon; a strong “heralding” type of energy, as well as a force that historically has been associated with very strong winds (even hurricanes). Opening day of the United Nations Human Rights Council in Geneva, Switzerland.

8 Muluk (June 7th) – the “resurrection” of water; strongly aligned with rebirth and “purification”, on what would have been would have been Prince’s 59th birthday. Kuan Kung birthday celebrations in Taiwan. Betty White’s Maya birthday.

9 Ok (June 8th) –an “outwardly-projecting” type of energy associated with love, loyalty, and guidance that can have long lasting influence; a “double-fire” type of energy often aligned with “hearth-fire” or even “heart-fire”, this time in conjunction with the Strawberry Full Moon, World Oceans Day, and Britain’s snap election, through which Elizabeth May is seeking a mandate for negotiating Brexit. This is also the day when former FBI director James Comey goes before the US Senate intelligence committee to give testimony at to whether Trump tried to persuade him to stop the investigation into his connections with Russia.

10 Chuwen (June 9th) – “foundational play”; a creative time-weaving type of force; two cycles since North Korea state media announced that it had successfully conducted a test of a hydrogen bomb (the first since 2006). Since then that country has conducted multiple tests of weaponry in defiance of international calls for an end to such endeavors. Twenty years since the Mars Pathfinder reached Mars (in July 1997) under this influence.

11 Eb’  (June 10th) – inspirational “animating vitality”, aligned with change and new possibilities, at the time of Prince Philip’s 96th birthday and the 90th birthday of solar astrophysicist Eugene Parker, who developed the theory of supersonic solar wind and proposed the spiral shape of the solar magnetic field 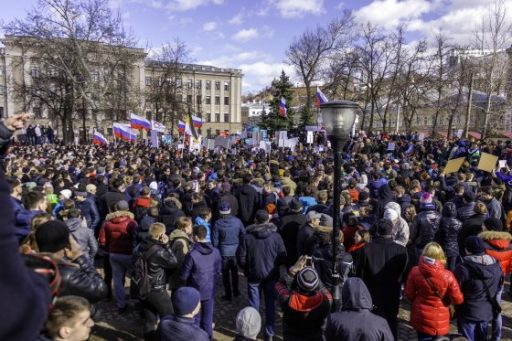 12 B’en (June 11th) – a “grouping together” type of force aligned with personal authority, a double-Quetzalcoatl type of force, at the time of the Equality March in support of LGBT rights in Washington D.C. and in dozens of cities across the U.S.; nine cycles since the beginning of the revolutionary wave (in January 2011) that became known as the Arab Spring.

13 Ix (June 12th) – “transformational Jaguar” – a double transformation type of energy associated with the Jaguar, earth mysteries, and high magic, this time in conjunction with the beginning of a scheduled new wave of mass anti-corruption protests that are scheduled to take place in Russia, similar to those that took place on 13 Kib’ in March. In 1916 one of the largest parades ever held in New York (the Preparedness Parade, in preparedness for WWI) was held under this 13 Ix influence.