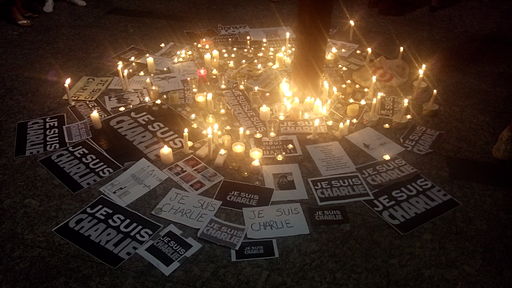 As we arrive at the Day of the Monkey (Jan. 11th), which sits at the centre of the Tree of Life within the Maya Calendar, it is extraordinary that a new and very loud cry for Freedom of Expression is ringing out around the world. This is a day traditionally represented by the Howler Monkey, the symbol of creativity itself. At the moment he is HOWLING, howling in defiance and outrage at the evil in this world that would seek to stifle creative expression and freedom of thought. (Click here to see and hear him howl.) 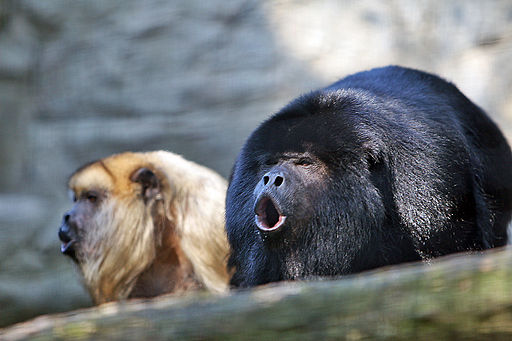 After the horrific and shocking events in both Paris and Nigeria during the final days of the Etz’nab’ trecena we are once again reminded of how desperately this world needs to find its way out of the quagmire of hate and destruction that has been plaguing so many regions in recent years. And satirists and cartoonists are among those who are most needed, as they so often provide much needed reminders of the senselessness of so many human actions. 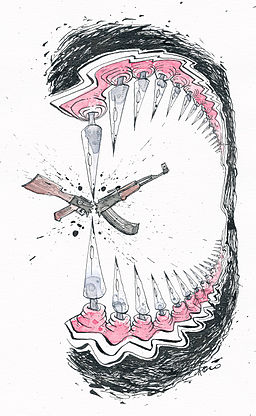 Freedom of the Press cartoon on Jan. 9th, 2015 in response to the terrorist attack on the French satirical magazine Charlie Hebdo on Jan. 7th. Image credit: Jean-no (Own work) [CC BY-SA 4.0 (http://creativecommons.org/licenses/by-sa/4.0)], via Wikimedia Commons

(Click here and here for imagery created by political cartoonists in response to the attacks in Paris). The portrait of the French cartoonist Jean Cabut, one of the victims of the attack, that was painted on a wall on Friday is particularly powerful. (Click here for an interesting commentary on the role of satire.)

At this point we are offered an opportunity to become much more creative in our quest for solutions in this regard, as this is the “Creation” trecena, that initiates a new time-weaving cycle. On this first day, as hundreds of thousands of people rally together in France and elsewhere to show their defiance of terrorism, to decry the horrific attack against Charlie Hebdo journalists and cartoonists last week, they will be working with the same energy that magically created the winal (a 20-day cycle that is a fundamental part of the Tzolk’in) in conjunction with the creation of heaven and earth. This is the force that created time itself. 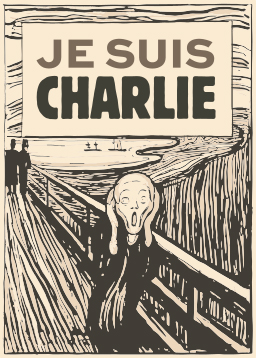 Derivation of “The Scream” by Edvard Munch, in combination with the Je Suis Charlie slogan
based on the Jan. 7th, 2015 attack in Paris. Photo Credit: Paris 16 (Own work) [CC BY-SA 4.0 (http://creativecommons.org/licenses/by-sa/4.0 )], via Wikimedia Commons

Tied in with this “creative monkey” idea, is the whole idea of Artistry and Play – and so this is a highly fitting time to honour not only the artists and journalists who were killed last week, but everyone who uses their creative abilities to shine light on darkness, everyone who uses paper, pencils, paint, and everything else at hand in their fight for justice and freedom.

The one cautionary note is that the God of Pulque serves as the principal patron of this trecena, so there is the potential for a certain amount of “reckless abandon” to occur within this time frame, since this deity is associated with the fermented sap of the maguey plant, which is the base of the highly intoxicating pulque. Perhaps at this point, however, a good measure of “intoxicating creativity” is in order. 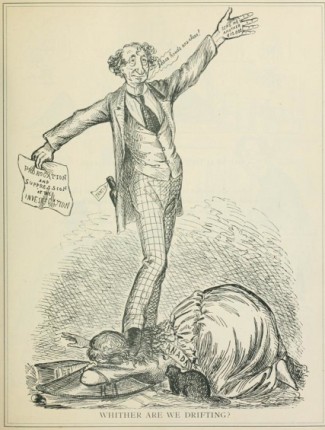 As the trecena continues, all the rest of the days reflect aspects of that same creative force, with Two Eb’ being the energy that was in place when the first “stairway” was created that descended from the heavens. In 2012 it was Two Eb’ that was in play when a coronal mass ejection hit Earth at about 1:30 a.m. after a massive solar tsunami erupted on the sun two days earlier. On its last occurrence two living popes presided over the historic, unprecedented saint-making ceremony for Popes John XXII and John Paul VIII in Vatican City.

Three B’en through to Five Men (coinciding at this time with Jan. 13th – 15th) were seen as the days in the mythological creation sequence when many of the other things of the heavens, the seas, and the earth were made. Intriguingly, it was a Three B’en day in 1933 that brought forth the first inauguration of Franklin D. Roosevelt, the 32nd President of the U.S., who was behind the “New Deal” policies that so greatly helped to pull that country out of the Great Depression. (Click here for a great collection of FDR political cartoons).

The sixth day of this sequence is the day known as Six Kib’, the point where the “first light” came into being. This idea was illustrated vividly in October of 2010 during the rescue of the Chilean miners when a drill first broke through to the trapped miners in their underground chamber after they had been imprisoned by the earth for 66 days, signalling that rescue was very close at hand. Hopefully this coming Six Kib’ will bring in more of this kind of positive light.

Within this Chuwen trecena one of the most pivotal days is Ten Ajaw, a “Burner” day that often provides a strong energy boost. Arriving on Jan. 20th this time through, this force can translate as “foundational enlightenment”. The birth energy of Pope John Paul II, 10 Ajaw was the energy in place when the 33 Chilean miners were finally rescued in October of 2010, with the first miner coming to the surface just after midnight and the last miner bring pulled out 22 hours later, exactly spanning the day.

In deep mythology the day known as Twelve Ik’ (which coincides with Jan. 22nd at this time) was seen as the day in which the breath of life was created. This is a “collecting together” type of force associated with Wind, Breath, and Spirit, which can be strongly aligned with communication. In 1893 the first major display of AC lighting took place at the World Exposition in Chicago under this influence.

Jan. 23rd, the final day of this trecena, will be Thirteen Ak’bal (“transformational temple or house”). In the Maya creation legend this was the energy in the Maya Calendar that brought forth the creation of the first human. This can be a very high-powered force, a force that has brought severe weather conditions on its appearance over the past few years. It is also the energy that was in place when the Emancipation Proclamation was signed in the U.S. in 1862.

Overall, this Chuwen trecena can challenge individuals to think differently, to try out new ideas, and to push forward into new, and even unorthodox, directions. It’s a time when even “miracles” are possible as the “Monkey-God” plays with time and opens the door to new possibilities. During this time frame these are the energies that will come into play:

1 Chuwen (Jan. 11th) – Day of the Monkey, an “initiating” day associated with high creativity and the beginning of an important new time sequence. The day of the massive Unity rally to support Liberty and Freedom of Expression in Paris in defiance of the horrific attack against Charlie Hebdo journalists and cartoonists last week. One million people are expected to participate. 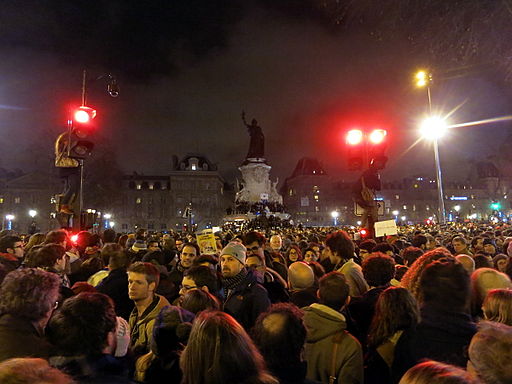 Also the 200th birthday of Sir John A. Macdonald, Canada’s first prime minister and one of the principal Fathers of Confederation.

2 Eb’ (Jan. 12th) – “dynamic animating vitality”, this time in conjunction with the fifth Gregorian anniversary of the devastating 7.0 earthquake in Haiti

3 B’en (Jan. 13th) – the “activation” of personal authority, as in that first inauguration of Franklin D. Roosevelt; also the beginning of the Makar Sankranti festival in India, a Hindu astrological “holy phase of transition” event that marks the return of the sun – and light – and wisdom 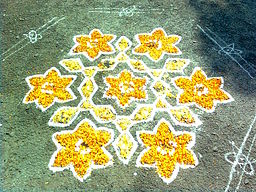 4 Ix (Jan. 14th) – a “defining” energy associated with the jaguar and the mysteries of the earth; the day when Charlie Hebdo publishes three million copies, instead of the usual 60,000. This edition is being published in 16 different languages.

6 Kib’ (Jan 16th) – an “everywhere” type of energy associated with the “restoration of order”, the energy that brought in the “first light” during the creation sequence; this time in conjunction with the fourth and final day of the Makar Sankranti “return of the sun” festival

7 Kab’an (Jan. 17th ) – “self-generating movement”, an energy that, in the past, has generated a lot of Earth-oriented action and movement, this time in conjunction with the Feast Day of St. Anthony the Abbott, the patron saint of domestic animals – a time when many Blessing of Domestic Animals ceremonies are held

8 Etz’nab (Jan. 18th) – the “resurrection of flint” – a knife-edged energy that can often be quite divisive or decisive, as in the the Tiananmen Square situation in China in 1989

12 Ik’ (Jan. 22nd) – a “collecting together” type of force associated with wind, breath, and spirit; an excellent type of energy for conferencing or “putting heads together” to develop or share ideas

13 Ak’bal (Jan 23rd) – as the last day of this “creation sequence” trecena, this is a transformational energy aligned with deep esoteric mysteries; associated with the “temple or house”. This is a powerful earth-oriented energy that sometimes can have profound personal implications as reflected in the Emancipation Proclamation that was signed under this influence in 1862; also an energy that can bring forth severe weather conditions.