It could be a tense start to 2014’s Winter Olympics, as there have already been grumblings about Sochi’s relative readiness for these games (as described in Sam Laird’s article – click here). And then there are the concerns about terrorist threats (even such things as toothpaste bombs) and about issues such as gay rights in Russia.

Thrown into this mix is the fact that these games kick-off on Maya date One B’en, another important shift-point within the Maya Calendar, marking the start of the second 52-day period within the 260 day cycle. Associated with the “initiation” of strong personal authority, this is this dominant influence that will be in place throughout most of these Olympics.

Although the timing for this juxtaposition is very precise this year, it is not the first time that this B’en energy has been associated with the Olympics. Indeed, it was a 4 B’en day (the “defining” of tenacious personal authority) when the first modern Olympics was held in Athens, in 1896 – precisely the same energy that was in place on the closing day of the Winter Olympics in Vancouver in 2010. 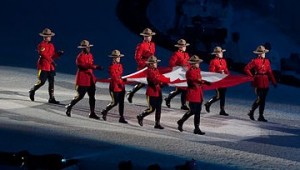 Indeed, this trecena was also in place in September of 2012 at the time when some one million flag-waving celebrants jammed the streets of London to celebrate the end of the Olympics and Paralympics with an athletes’ parade to Buckingham Palace. About that event, journalist Simon Barnes gushed on the front page of The Times of London: “It was the finest celebration of humanity in a quarter-of-a-million years of our existence. It was the best party in the history of the human race.”

Symbolic of robust growing corn and representative of strong self determination, One B’en is the energy that has been associated with the huge shift in the balance of power in the “New” World, as it was a One B’en year (sometimes referred to as One Reed) when Hernán Cortés and eleven Spanish galleons arrived on the east coast of Mexico in the early 16th century.

As the great Toltec leader known as Topiltzin Quetzalcóatl (who had been earlier tricked into leaving for the east), was prophesied to return in the year One Reed, the appearance of Cortés and his ships caused both confusion and speculation in 16th century Mesoamerica, as many thought (at first) that this was the returning Quetzalcóatl (sometimes confused in legend with the Aztec deity of that name). It was this bewilderment and cogitation that utimately precipitated devastating upheaval as the conquistadores used this to their advantage as they advanced into the region. By “coincidence” (or not) One B’en was also the daysign energy in place several centuries later when the Mexican revolution began as the revolutionary Francisco Medero led strikes to denounce the dictator Porfirio Diaz. 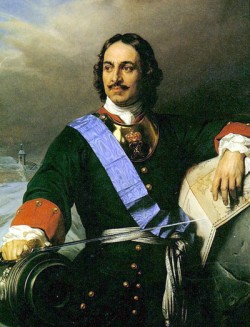 Peter the Great by Paul Delaroche

Towards the end of the trecena we come to 11 Ak’b’al, the Maya birth energy of Peter the Great, the powerful Czar of Russia who expanded Russia into a huge empire and implemented sweeping reforms during the late 17th to early 18th centuries. Could he possibly have imagined what is going on in Sochi at this time?

As these events reveal, as do many others of a similar nature that have occurred during the B’en trecena, the force of strong personal convictions can often be a major factor in shaping personal, social or political directions at this time. With this in mind it seems to be no coincidence that the first official Nelson Mandela International Day occurred on a One B’en day (in 2010), on the day when he celebrated his 92nd birthday. Exactly one cycle later, on One B’en in 2011, President Obama announced that he would be running for a second term as U.S. president, an intention that was sanctified precisely one cycle after that when, on the day One B’en, delegates at the Democratic National Convention cast their votes for his continuance as President.

And then, of course, we can recall that One B’en brought forth the inauguration of The Ed Sullivan Show, in 1955. That same energy returned ten years later – on the One B’en day in 1965 when the Beatles made their final appearance on that show. Given this juxtaposition it seems fitting that the 50th anniversary of the Beatles’ first appearance on the Sullivan show comes in on the third day of this trecena this year. And fitting that B’en seems always to be a strong influence in this regard, as some 73 million people tuned into that event in 1964, making it one of the top “rock ‘n’ roll moments” in T.V. history. 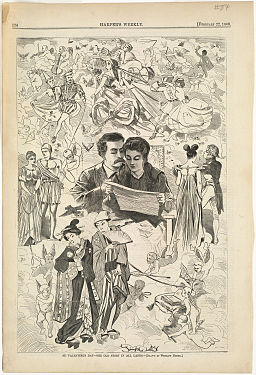 Significant events that have occurred in the past under the auspices of this authority-oriented trecena include the abolition of absolute monarchy in France in 1792; the establishment of the USSR in 1922; Hitler’s establishment of the S.S. in 1925; the invasion of Tibet by over 30,000 Chinese troops in 1950; the beginning of full force offensive by over 15,000 U.S. air and artillery forces against Fallujah in Iraq in 2004; and the massive rally by 10,000 women in Tahrir Square in Egypt in December of 2011 at the same time as the humungous anti-government demonstrations in Syria in the city of Homs.

One of the most auspicious days during this trecena is 8 Ajaw, representative of the “resurrection” of the sun, on Maya Long Count date 13.0.1.3.0, 420 days after Dec. 21, 2012 (the beginning of the current Great Cycle). This is on St. Valentine’s Day this year, in conjunction with the Full Moon and the Buddhist “Full Moon of Tabaung” festival (part of Makha Bucha) in Thailand (click here for further information). 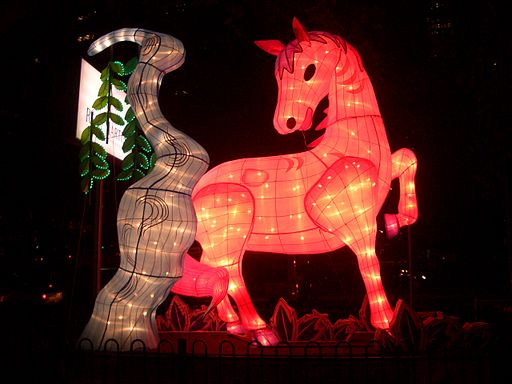 This is also the 2nd Lantern Festival Day on the last day of Chinese New Year celebrations. Considering how cold it has been in many parts of the Northern hemisphere this might be an excellent time to celebrate this solar “resurrection”.

If you are lucky enough to be in Venice (Italy, not California) on this particular evening you could always take part in the St. Valentine’s Grand Ball held in a Venetian palace on the Grand Canal, as this will be the beginning of one of the most fabulous festivals on the planet – Carnevale in Venice. With its motto of “A Carnevale Ogni Scherzo Vale” (anything goes) this is a time when one’s “personal authority” can be outwardly expressed through sumptuous costume and lavish entertainments. (Click here for information on the Grand Ball, and here for the official Venice Carnival 2014 website). 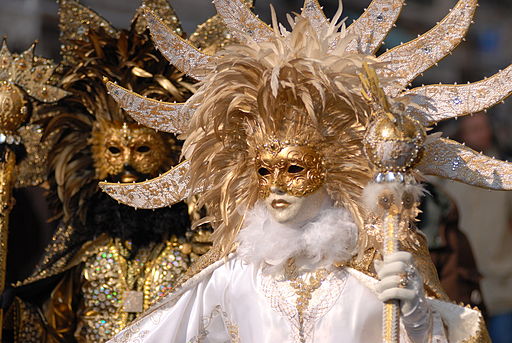 So this trecena seems to be an opportune time to “take stock” of one’s self , to examine one’s values, interests, desires, and goals, and to work towards their attainment. To assist in this endeavour these are the energies that will come into play (days of particular importance are highlighted in red):

1 B’en (Feb. 7th) – the “initiation” of “personal authority”, opening of the Winter Olympics in Sochi; the third day of the week-long Sapporo Snow Festival in Japan (with 198 amazing snow sculptures – click here); a good day to make important personal decisions

2 Ix (Feb. 8th) – a dynamic type of energy aligned with “jaguar” earth mysteries and transformation; the ninth day of Chinese New Year, traditionally the day when thanksgiving prayers are offered to the Jade Emperor, the Emperor of Heaven and Creator of the Universe

3 Men (Feb. 9th) – the “activation of Higher Vision”; a Burner Day oriented around “announcing the fire”, an energy that sometimes heralds the nature of some forthcoming challenge; 50th anniversary of the Beatles first appearance on The Ed Sullivan Show

4 Kib’ (Feb. 10th) – a “defining” day associated with the restoration of order; often a “getting down to business” type of force

5 Kab’an (Feb. 11th) – a “blessing” type of energy associated with evolutionary movement; the day when Venus reaches its greatest brilliance

6 Etz’nab’ (Feb. 12th) – a “six directions” type of energy that can often be an attention-getting “flash- point”, as occurred at the end of the 2012 Olympics when a fly-past by Royal Air Force jets streamed trails of red, white, and blue smoke over London, and a rousing rock concert in the Olympic Stadium ended the festivities

7 Kawak (Feb. 13th) – “self-generating storm”, which can often bring a continuation of the weather pattern from the day before (if severe) or could manifest as a “storm of compassion”; the 1st Lantern Festival Day at the end of Chinese New Year celebrations

8 Ajaw (Feb. 14th) – “resurrection” of the sun, this time in conjunction with the Full Moon, St. Valentine’s Day, and the Buddhist “Full Moon of Tabaung” festivities; the 2nd Lantern Festival Day on the last day of Chinese New Year celebrations

9 Imix (Feb. 15th) – the “outward projection” of birth, the realm of all potential that can have long range implications; opening of Carnevale in Venice

10 Ik’ (Feb. 16th) – “foundational wind/breath/spirit” – an energy highly aligned with Source and with things pertaining to the air, to communication, and to things of a spiritual nature

11 Ak’b’al (Feb. 17th) – “inspirational night” or “inspirational temple of mysteries”; this is a day often aligned with deep thought – or even blackness (as when Brazil was plunged into darkness under this influence in 2010), but it is also a good day to enjoy the sanctuary of home or temple; Maya birth energy of revolutionary Russian Czar Peter the Great and US President Abraham Lincoln.  President’s Day in the U.S., Louis Riel Day in Manitoba (click here for further information), and Family Day in Alberta, Saskatchewan, and Ontario

13 Chikchan (Feb 19th) – “transformational lifeforce”; an intense energy that has brought forth strong weather systems and impassioned protest demonstrations in the past