“I Have a Dream” – those were the words that rang out again and again as Dr. Martin Luther King Jr. delivered his momentous speech from a podium at the foot of Lincoln Memorial. On that life-affirming day in 1963 over a quarter of a million people crowded around Washington D.C.’s great Reflecting Pool to hear him speak – the highlight of a great civil rights March for Freedom. Those spellbinding words were a proclamation – a passionate call for freedom, justice, and brotherhood – a vision that was deeply rooted in every fibre of his being.  Little would Dr. King has known that this dream was propelled by the energies of his birth – on the second day of this Ak’b’al trecena. 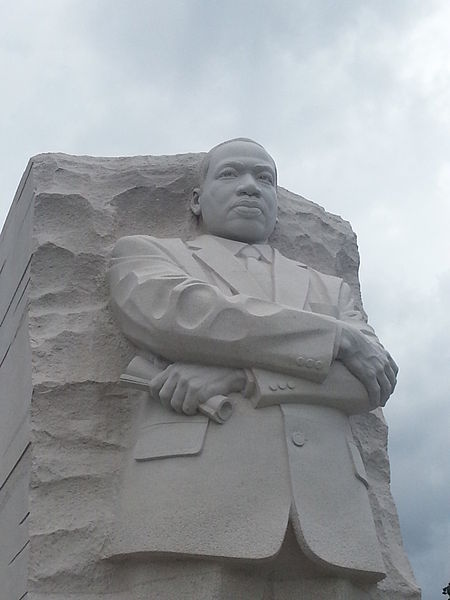 So what was pushing and guiding this great civil right leader? In seems, in this instance, that the energy known to the Aztec as Itzpapálotl (Obsidian Butterfly), representative of the “war within the heart that leads to truth” was highly active at that time. This ancient deity who traditionally served as the patron of this trecena is representative of the struggles of the soul as it strives to overcome the trials and tribulations of life, including those associated with the subconscious, with moral and ethical issues, and with the sacrifices that often must be made to navigate through the earthly realm. These are the challenges associated with this trecena. It is a time for “dreaming”, for exploring deep mysteries, and for shedding light on hidden secrets. It is also a great time for “turning inward” for reflection, for good old-fashioned “soul-searching” and the unburdening of “old issues”, and for cleansing in order to bring forth new possibilities.

In the past a number of “hidden secrets” were brought into the open during this trecena, as in the exposing of the Watergate affair during the early 1970’s that led to President Nixon’s impeachment, and the exposing of a cache in 2010 (by WikiLeaks) of more than 250,000 diplomatic cables and classified documents pertaining to correspondence between U.S. diplomats and their allies and partners around the world. The last time this trecena was in place (in January of this year) numerous  Idle No More protests took place as members of aboriginal communities across Canada engaged in demonstrations to emphasize the urgent need for fundamental improvements in the manner in which government deals with aboriginal rights and agreements. Two cycles ago (in May, 2012) tens of thousands of Occupy Wall Street activists clashed with police in protest demonstrations across the U.S. and around the world during this trecena as people vented their frustrations concerning austerity measures, tax hikes, and high unemployment.

During this October this trecena is not only bringing the return of Dr. King’s Maya birth energy (on 2 K’an – a highly “generative” energy associated with new possibilities), but also the Tzolk’in  return of the energy that was in place when his 30 ft. tall memorial statue was unveiled in Washington D.C. in 2011 (see 11 B’en). During this particular return the numbers associated with the daysigns will be mirrored by the numbers related to the month, with the first day being 1 Ak’b’al 1 Yax, the second day being 2 K’an 2 Yax; the third day being 3 Chikchan 3 Yax, and so on. This suggests that the nature of these numbers (ie. the energy force connected with the numbers) would also be doubled during this time. The “initiation” force of 1 Ak’b’al, for example, could be augmented by the “initiation” power of 1 Yax (meaning new, fresh), at the beginning of the Maya month sequence. At the end of the trecena we will arrive at 13 Men 13 Yax – a doubly-transformative type of force.

During this “revealing” time frame these are the energies that will come into play:

1 Ak’b’al (Sept. 30th) – the “initiation” of “darkness”, in association with deep mysteries; also a good time for “dreaming” and accessing the subconscious; end of the current fiscal year re the current U.S. budget, and the deadline for the legislature to vote on its continuance if the government is to continue without shutting down

3 Chikchan (Oct. 2nd)  – “the activation of lifeforce”; an important Burner Day oriented around the idea of “announcing the fire”, the type of energy that can sometimes “charge” people to take action, particularly if pressing issues suggest the need for consciousness raising; the birth energy of  Yves Rossy, the Swiss pilot and inventor known as “Jetman”, creator of a 4-engine “jet-suit”

4 Kimi (Oct. 3rd) – a “defining” force associated with “absolute foundations” representative of the sun in combination with “death” or the point at which “all is revealed” so that regeneration can begin; the beginning of a two-day festival in the town of Assisi, Italy devoted to St. Francis – on this day the town is illuminated by oil lamps

5 Manik’ (Oct. 4th) – a “blessing” or “precision” type of energy associated with reciprocity, at this time in conjunction with World Animal Day and the Feast Day of St. Francis of Assisi, the patron saint of animals and the environment, a time for many Blessing of the Animals events. Note: World Animal Day was initiated in 1931 at a convention of ecologists to highlight the plight of endangered species, and since then has been observed annually as a tribute day for all animals (www.worldanimalday.org.uk/)

6 Lamat (Oct. 5th) – an “everywhere” type of energy associated with the heralding of new ideas, this time in conjunction with the New Moon and with World Teachers’ Day – observed by over 100 countries; this year the emphasis will be on celebrating the role teachers play in providing quality education aligned with preparing students for global citizenship.  In 2005 U.N. Secretary-General Kofi Annan introduced a blueprint for action under this 6 Lamat influence, to help the U.N. fulfill its promise to reduce world poverty, ensure international security, and uphold human rights

7 Muluk (Oct. 6th) – a “self-generating”, shape-shifting type of energy associated with water; the type of energy that often, in the past, has been quite pivotal in its attention-getting ability, as in 1968 when Robert F. Kennedy announced his candidacy for the Democratic presidential nomination under this influence. In 2003 this was in place at the time of the explosion of the space shuttle Columbia during re-entry, on a fly-pass over Texas, just four days after the announcement of U.S. war plans. In December of 2010 this was the energy influence under which Yale astronomer Pieter van Dokkum and Harvard astrophysicist Charlie Conroy made public their findings that there could be some 300 sextillion stars in the universe  (3 trillion times 100 billion or 3 + 23 zeros).

8 Ok (Oct. 7th) – a “double sun” type of force, symbolic of the “resurrection” of love, guidance, and loyalty; the 250th anniversary of the Royal Proclamation of 1763, the first British constitutional act that recognized the rights of indigenous nations – a planned day of action for the Idle No More movement

9 Chuwen (Oct 8th)  – “outwardly projecting” longevity in conjunction with creativity; a return of the energy that was in place in 1789 when the Bastille was stormed in Paris, marking the beginning of the French Revolution, and in January 2013 when U.S. President Barack Obama and Vice-President Joe Biden were sworn-in for the second time

10 Eb’ (Oct. 9th) – “foundational animating vitality”; as was in place when the sizzling 25 ton Aztec Calendar Stone was found by workmen repairing Mexico City’s Central Plaza (the Zócalo) in 1790; in 2012 Vladimir Putin was sworn in (for a third term in office) under this influence

11 B’en (Oct. 10th) –” inspirational personal authority”, as was in place three Tzolk’in cycles ago when the 30 ft. tall memorial to Dr. Martin Luther King Jr. was unveiled in Washington D.C.

12 Ix (Oct. 11th) – a “gathering together” type of energy oriented around earth forces and deep mysteries; earthquakes (such as the 9.5 Great Chilean earthquake of 1960, the largest of the 20th century) and severe weather conditions are often brought forth by this energy

13 Men (Oct. 12th) – “transformational high vision”; a high-energy type of force that can be world-shaping, as seen when Queen Elizabeth I acceded to the throne  under this influence in 1558