Warmth, Fire, Guidance – these are notions that would be greatly welcomed by those still buried under the tons of snow and ice that have hammered the northeastern quadrant of North American in recent days and weeks. And indeed such qualities as Love, Justice, Loyality, Warmth, Fire, Guidance, and so much more, are key ideas associated with “Ok” (the Yucatec Maya word for Dog), which is now beginning its influence. 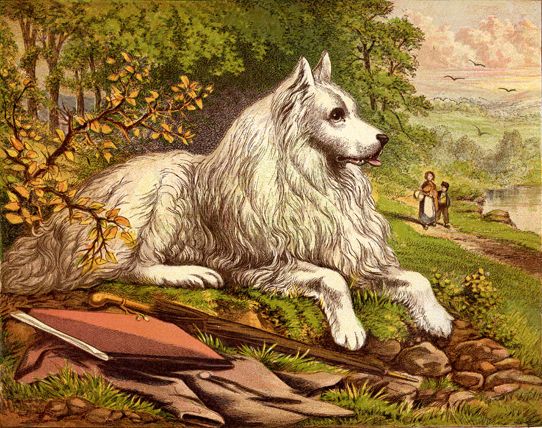 It is intriguing that we are now directly paralleling the energies that were in place during the winter of 1962-1963, at which time the Big Freeze brought one of the coldest and snowiest winters on record to the United Kingdom. The length and severity of the weather conditions at that time was uncannily similar to the situation in the northeast, with the start of the current severe weather and its duration to date exactly echoing the energies in place 52 years ago. So this is a Calendar Round repeat of those same energies (often termed the “New Fire”). The good news is that in 1963 it was the third day of the Ok trecena that finally liberated the U.K. from that icy grip. That 3 Eb’ day coincided with the first frost-free day of the year anywhere in Britain. If, miraculously, that same kind of temperature increase returns at this time, it will be noteworthy indeed. 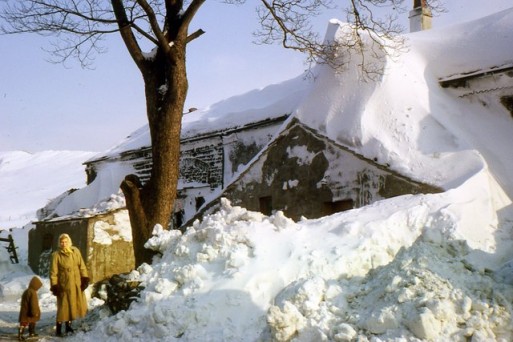 Deep snow in Overton, UK January 1963. One Calendar Round before the Jan-Feb. 2015 blizzards in the Northeast. Photo Credit: Richard Johnson [CC BY-SA 2.0, via Wikimedia Commons]

As usual, a considerable amount of “movement” took place during this past Kab’an trecena (just completed), through events such as the short-lived ceasefire agreement between Ukraine and Russia (almost precisely paralleling the events of the previous Kab’an trecena during which large numbers of pro-Russian forces agreed to withdraw from the Ukraine border), and the massive journeying of billions of people on the eve of Chinese New Year. It was the last Ok trecena that saw the swearing in of Petro Poroshenko as the new president of Ukraine, as well as the swearing in of Egyptian president Abdel Fattah el-Sisi after he won 96% of the vote in Egypt’s presidential elections. 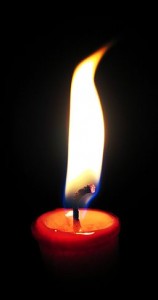 As we revisit the Ok trecena, the emphasis often shifts towards pushing things towards the light so that “justice can be served” and new possibilities can be opened up.

The last opening of this trecena coincided with the opening of the 40th G-7 summit in Brussels, during which the leaders of seven major nations focused on the Ukraine situation. This time this trecena opens in a very celebrational manner for the billions who are celebrating Chinese New Year. This most certainly ties in with Maya traditions, as One Ok was seen traditionally as an ancient Feast Day of Renewal, oriented around the idea of guidance, justice, and the restoration of life.

Viewed as an energy sequence that was seen to be under the influence of Xipe Tótec, the Lord of Renewal, this is a time when a new sense of guidance in conjunction with the energies of renewal come into play. There is frequently a carry-over or a reflection of earlier events, with this trecena providing opportunities for follow-up developments. 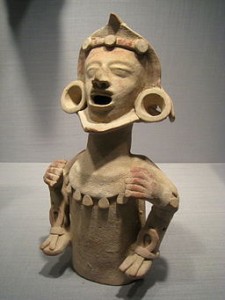 In the past this trecena has also brought forth the enormous Dunkirk rescue operation in 1940, when over 330,000 Allied troops were evacuated by 861 vessels; the adoption of the Universal Declaration of Human Rights by the United Nations in 1948; and both the inauguration of President John F. Kennedy in 1961, and his horrific assassination in 1963. It was during this trecena, when it was in place last June, that commemorative events associated with the 70th anniversary of D-Day were held, with the main event being honoured on June 6th. As this was such a monumental event in world history – the greatest amphibious assault ever staged, marking the beginning of European liberation – it was intriguing to see this commemoration coinciding with this Ok trecena, as some 200,000 visitors and 19 heads of state were in attendance at the ceremonies. The timing was perfect, as the ceremony took place on 3 Eb’, associated with the “activation of healing”.

Given that millions of people are desperately seeking comfort from the kinds of energies associated with this trecena, let’s hope that this traditional period of warm, guidance, and justice will fulfill its ancient promise. During this time frame these are the energies that will come into play:

1 Ok (Feb. 19th) – the “initiation of love, warmth, guidance” – an energy that can be seen as having an ability to shine light on things previously unseen; an ancient Maya Feast Day of Renewal, coinciding at this time Chinese New Year. Some see this as the Year of the Sheep, others the Year of the Ram, and still others the Year of the Goat. Whatever it is, is is a time for renewal, on many levels.

Year of the Goat. Image by 사랑 (Own work) [Public domain], via Wikimedia Commons

2 Chuwen (Feb. 20th) – a dynamic type of energy traditionally aligned with creativity, and often involving some kind of “intense heat”. As this is a solar force within a fire-oriented time frame, this energy can trigger intense action.

4 B’en (Feb. 22nd) – a “defining” energy associated with personal authority; a highly consequential day in world history, as this was the energy in place at the time of the assassination of President John F. Kennedy in 1963, at the time of the largest U.S. bank failure in 25 years (in 2008), and in place again in 2011 when a new U.S. debt bill was passed and signed into law. On a lighter note, but still aligned with the notion of “personal authority”, this energy coincides at this time with the 87th Academy Awards ceremony in Hollywood.

5 Ix (Feb. 23rd) – a “blessing” or “precision” type of energy associated with mystery and transformation, as was in place at the opening of the Paris Peace Conference for negotiation of treaty settlements after World War I

6 Men (Feb. 24th) – an “everywhere” type of energy associated with the high vision of the eagle

7 Kib’ (Feb. 25th) – a self-generating type of energy, often associated with an effort to restore order

8 Kab’an (Feb. 26th) – a “resurrection” type of energy associated with “evolutionary” movement; Tzolk’in anniversary of the energy in place at the time of the inauguration of John F. Kennedy in 1961

9 Etz’nab’ (Feb. 27th) – representative of “outwardly-projecting” flint, a “spark-oriented” type of energy that can be quite attention-getting, as was in place last year at the opening of the 2014 FIFA World Cup in Brazil, with 32 national teams participating

10 Kawak (Feb. 28th) – “foundational storm” – an energy associated with intense catalyzation that can manifest in strong weather systems (not something that northeasterners want to hear)

11 Ajaw (March 1st) – an “inspirational sun” or “inspirational enlightenment” Burner Day, as was in place in 2011 when the price of gold rose to an unprecedented $1743/oz. on the same day as the sun emitted an Earth-directed X6.9 solar flare. On this day what was to be a major rally in Moscow will be replaced by a funeral march in honour of politican leader Boris Nemtsov who was slain two days earlier, on 9 Etz’nab’.

13 Ik’ (March 3rd) – transformational wind, breath, and spirit, Maya anniversary of the energy in place during the final day of the enormous Dunkirk rescue operation during World War II. On its last appearance it triggered yet another eruption of Mount Etna.