As the Muluk (Water) trecena comes into play we are in the midst of the Wayeb’, the traditional “days of rest” at the end of the Classical Maya year. There seem to be mixed opinions about the nature of these five intermediary days (March 28th to April 1st this year), as some saw them as days requiring special vigilance and others saw them as transitional “days of rest”. In any case these are the days leading up to the “seating” of the Classical Maya New Year, which comes in on April 2nd. Coinciding with the Muluk trecena at this time, this suggests an emphasis on the “generative vitality” of Water.

In the past this watery, shape-shifting force has sparked a number of significant events that have shaped or changed the world. These have included the Black Tuesday crash of the New York stock exchange in 1929, King Edward VIII’s abdication of the English throne in 1936, the beginning of the Battle of Britain in 1940, the Japanese attack on Pearl Harbor in 1941, India’s declaration of independence in 1947, the invasion of South Korea by North Korea in 1950, and the Detroit race riots in 1967. 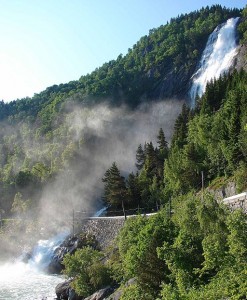 Norwegian waterfall (Kvinnefossen). The mist rising from this waterfall is a good metaphor for Four Eb’, which coincides with the Classical Maya New Year at this time. Eb’ is like the mist being carried by (or produced by) water (Muluk).  Photo Credit: I, Sogning [GFDL http://www.gnu.org/copyleft/fdl.html),  CC-BY-SA-3.0 or CC BY-SA 2.5-2.0-1.0,         via Wikimedia Commons.

This time the Classical Maya New Year coincides with 4 Eb’ (April 2nd), on the 4th day of this trecena, on the day before Good Friday, as Muluk’s water combines with Eb’s “animating vitality”. This is generally an uplifting, refreshing type of energy that often brings a sense of new possibilities, as felt when the first spacewalk occurred under this influence in June of 1965, and when the “Earthrise” photo was taken from Apollo 8 on 4 Eb’ in 1968. This was also the energy in place in 2008 when Barack Obama became the first African-American to win the U.S. presidential election.

However, there is a “burning water” aspect to this (through the influence of the number four’s solar energy) that has been seen in solar flares and other dramatic events that have occurred under this influence, as in the bolts of lightning that struck the Vatican just hours after Pope Benedict XVI shocked the world by announcing his resignation on 4 Eb’ in 2013.

And on its last appearance this energy saw Cat. 3 Typhoon (Glenda) Rammasun (meaning “Thunder of God” – the fiercest since Haiyan) cut a path across the main island of Luzon in the Philippines, destroying roads, bridges, and power lines that shut down Manila and more than half of of the main island. More than half a million people were forced to take refuge in evacuation centres.

So that “burning water” aspect, representative of the creative, “electricity-oriented” forces that can spark life, can have influence in many different ways. It could be stimulating and cleansing, but can also hold the potential to shape or change the world. 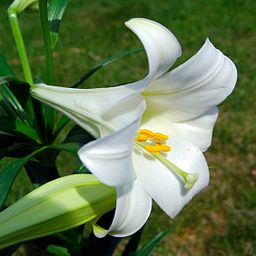 So what does all this suggest? Again this might be a good time to “go with the flow” and allow for purification and refreshment, whenever possible. Overall, perhaps a good time to take an Easter “break”, to dip toes into a gentle stream to calm nerves, “slough off’ tribulations, and just “chill out” for awhile – or, if it is not the time for chilling, to co-create with this energy as it brings forth inevitable change. During this watery, shapeshifting, purifying – and sometimes electrifying – timeframe these are the energies that will come into play:

1 Muluk (March 30th) – “the initiation of water”, a kind of “double water” day associated with the Moon Goddess (symbolic of the Number One) in conjunction with the refreshing, shape-shifting energy of water; an important 52-day Shift-point within the 260-day cycle, this time coming in three days before the start of the classical Maya New Year. Eric Clapton’s 70th birthday

2 Ok (March 31st) – a dynamic yin/yang type of force relating to love, warmth, guidance; self- imposed deadline for reaching agreement on the Iranian nuclear deal, and the day of the Canadian government’s clause-by-clause review of the highly controversial Bill C-51

3 Chuwen (April 1st) – the “activation” of creativity; an important “time-weaving” type of energy that can often bring forth powerful shifts

4 Eb’ 0 Pop (April 2nd) – the “defining of animating vitality”; an uplifting, refreshing type of energy that often brings a sense of new possibilities – timed perfectly with the start of the Classical Maya New Year; birth energy of Gertrude Weaver, as of yesterday the world’s oldest living person (born in 1898). Planned province-wide demonstration by Quebec students (led by ASSÉ – an association for student solidarity) to protest against the Quebec government’s austerity measures. 150th Gregorian anniversary of the Petersburg breakthrough, that ended the Petersburg Campaign near the end of the US Civil War in 1865

5 B’en (April 3rd) – the “blessing of personal authority”, this time in conjunction with Good Friday; New Fire anniversary of the day in 1963 when Dr. Martin Luther King Jr. wrote a famous letter from jail in defence of the strategy of nonviolent resistance to racism, five years before his assassination 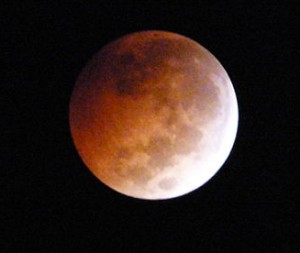 6 Ix (April 4th) – the energy of the six directions in conjunction with the jaguar (and Jaguar Warrior) and the fate of the earth, this time in conjunction with a Full Moon/Blood Moon  and Total Lunar Eclipse. Possible restart day for the Large Hadron Collider.

7 Men (April 5th) – a “self-generating” type of energy associated with the Eagle’s “higher vision”, this time in conjunction with Easter Sunday

8 Kib’ (April 6th) – the “resurrection” of the transmutation oriented force that can lead towards the restoration of order, this time in conjunction with Easter Monday and the 150th anniversary of the last major battle of the US Civil War in Virginia 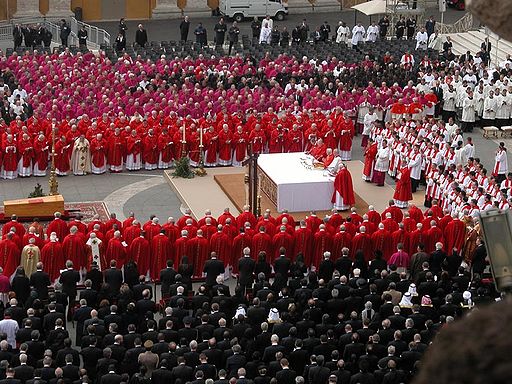 10 Etz’nab’(April 8th) – foundational “flint”; a sparkling, “knife-edged” type of energy that can either dazzle or divide and separate, this time in conjunction with the 10th anniversary of Pope John Paul II’s funeral

11 Kawak (April 9th) – inspirational “storm of compassion”, this time in conjunction with the 150th Gregorian anniversary of General Lee’s surrender at Appomattox at the end of the US Civil War

13 Imix (April 11th) – “transformational birth”, another force that can be highly intense, as happened on its appearance two cycles ago when millions of people were forced to move to higher ground as Super Typhoon Haiyan approached the Philippines