After all the adjustments that were called forth during the past few weeks, which included the influence of Mercury’s “heart of the sun” alignment and the Super Full Moon on July 12th , the world is now having to deal with the implications. Hot on the heels of that full moon and Cazimi, this Muluk trecena opens as the final day of the World Cup gets underway, with a match between Germany and Argentina, with millions still reeling from the upset that saw the double defeat of Brazil (first to Germany, then to the Netherlands) in the semifinals. 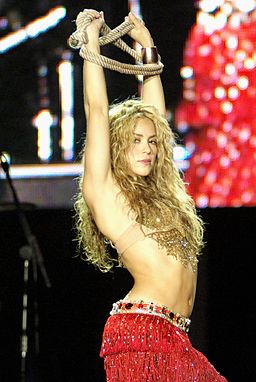 Shakira at the Rock in Rio concert in 2008. Photo Credit: Andres.Arranz – Original uploaded to www.arteyfotografia.com as Shakira Rock in Rio 08 003 [CC-BY-2.5-es)], via Wikimedia Commons

As it happens, the closing ceremony for these games takes place on One Muluk, the opening day of a strongly Water-oriented time frame, with its emphasis on “generative vitality”. This influence will likely be felt intensely throughout that ceremony as Rio’s Estádio do Maracaná will host not only that last game, but also a large array of international musical celebrities. With Shakira , Jennifer Lopez, and Carlos Santana all involved, there will likely be a “whole lot of shakin’” going on! (Click here for her La la la Brazil video, which at this point has been viewed over 219 million times).

At this time, when so many soccer/football fans are “at play” in Brazil, millions of people in other places are dealing with the devastating impact of water, particularly in southern Japan, which was pummelled by the torrential rains, landslides, and floods brought by Typhoon Neoguri towards the end of this last trecena.

On the prairies the province of Manitoba is still dealing with monumental floods (similar to the floods of 2011), a situation that will make for a soggy, messy Muluk trecena for many.

And with the rapidly changing situation in the Middle East there could be a great deal of shape-shifting going on in that region during this trecena if Israel and Hamas continue to hurl rockets and mortars at each other at the current rate. Even though the UN Security Council has called for a ceasefire, a ground assault on Gaza seems imminent during this time frame if the rocket fire cannot be brought to a halt. And then there is Iraq, and Afghanistan, and Syria . . . .

In the past this watery force has sparked a number of significant events that have shaped or changed the world. These have included the Black Tuesday crash of the New York stock exchange in 1929, King Edward VIII’s abdication of the English throne in 1936, the beginning of the Battle of Britain in 1940, the Japanese attack on Pearl Harbor in 1941, India’s declaration of independence in 1947, and the invasion of South Korea by North Korea in 1950.

It hasn’t been all bad, however, as this is also the trecena that brough forth the first spacewalk by a U.S. astronaut (in 1965) and the awesome “Earthrise” photos of 1968. Forty years later, also during this trecena, Barack Obama became the first African-American to win the U.S. presidential election. In 2012 the Muluk trecena hosted the “central weekend” of Queen Elizabeth II’s Diamond Jubilee, that featured all sorts of water-oriented events, including “showers” of sparks in an abundance of fireworks.

Speaking of which . . . . two Tzolk’in cycles ago (in Feb. of 2013) we had some major asteroid activity during this time frame, with the very close flypass of Asteroid 2012 DA14 at the same time as a 7,000 tonne meteor streaked across the sky and exploded in an intense flash over central Russia, raining fireballs over a large area and damaging some 4000 buildings in and around Chelyabinsk. Shortly thereafter, that same day, a fireball was also seen streaking across the sky in the San Fancisco Bay area. 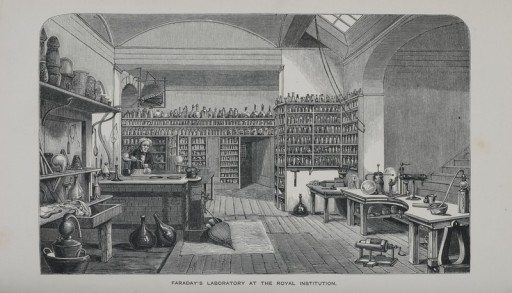 Events of this nature are very much in keeping with the “burning water” aspect of this energy, representative of the creative, “electricity-oriented”, forces that can spark life. Associated with both stimulation and cleansing, these forces hold the potential to shape or change the world, as surely resulted from Michael Faraday’s entry into this realm on the third day of this trecena in 1791. Through his pioneering work with electricity and electromagnetism, Faraday developed the foundations for technologies (including the electric motor) that jettisoned the world into a major new age. Such was his monumental influence that even Einstein kept a picture of him on his wall. 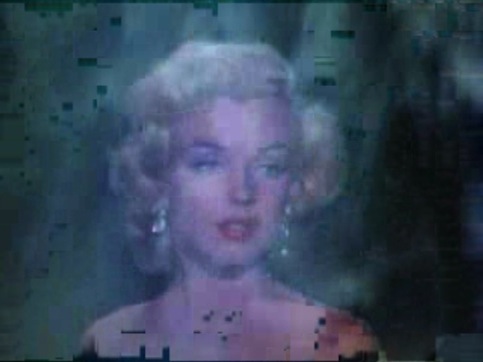 Marilyn Monroe as seen through water in the theatrical trailer of the 1953 film “Niagara”, directed by Henry Hathaway.
Trailer distributed by 20th Century Fox. [Public domain], via Wikimedia Commons

While no one can ever predict precisely what the next form of “shape-shifting” will be during this time frame, sometimes that shifting can come very unexpectedly, as it did 52 years ago when the world lost Marilyn Monroe.  With this Calendar Round anniversary of her tragic death late in the evening of 10 Etz’nab’, at the tender age of 36, we can recall how brightly she shone while she was here, becoming the “quintessential American sex symbol”. Now seen as a cultural icon, she was here too briefly, and yet had a lasting impact.

So what does all this suggest? Perhaps that this would be good time to “loosen up” a bit, to “go with the flow” and allow for purification and refreshment, whenever possible. Indeed, whether it be individuals or nations, now might be a good time to dip toes into  gentle streams to calm nerves, “slough off’ tribulations, and just “chill out” for awhile. For the very brave, perhaps even consider signing up for the “99 Days of Freedom” (away from Facebook) challenge, that plans to look at how life without Facebook impacts user happiness. During this watery, shapeshifting, purifying timeframe these are the energies that will come into play:

1 Muluk (July 13th) – “the initiation of water”, a kind of “double water” day associated with the Moon Goddess (symbolic of the Number One) in conjunction with the refreshing, shape-shifting energy of water; an important 52-day Shift-point within the 260-day cycle, this time in conjunction with major Bastille Day celebrations (see 2 Ok) 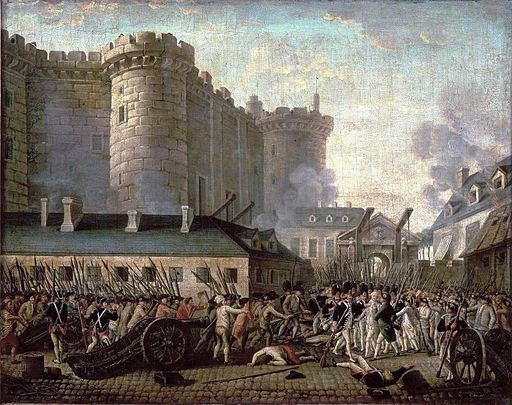 2 Ok (July 14th) – a dynamic yin/yang type of force relating to love, warmth, guidance – and fire; this time coinciding with the 225th Gregorian anniversary of the Storming of the Bastille in Paris (in 1789 this was a 9 Chuwen day), at the beginning of the French Revolution

3 Chuwen (July 15th) – the “activation” of creativity; an important “time-weaving” type of energy that can often bring forth powerful shifts; Maya birth energy of Michael Faraday

4 Eb’ (July 16th) – the “defining of animating vitality”; an uplifting, refreshing type of energy that often brings a sense of new possibilities

5 B’en (July 17th) – the “blessing of personal authority” [In the Pacific, however, it is a major typhoon (named Rammasun, the Thai word for “Thunder God”) that has “ultimate authority” . . . not a blessing for the millions in its path.]

7 Men (July 19th) – a “self-generating” type of energy associated with the Eagle’s “higher vision”; as when The Zarya Module, the first component of the International Space station, was launched in 1998. On this day in 2014 seven national quidditch (yes – “quidditch”, complete with brooms, but Muggle-style) teams (each with seven players) are competing in Burnaby for the 2014 Global Games championship.

8 Kib’ (July 20th) – the “resurrection” of the transmutation oriented force that can lead towards the restoration of order; 45th anniversary of the Apollo 11 Moon Landing (which, in 1969, was Maya day 4 Ajaw )

10 Etz’nab’(July 22nd) – foundational “flint”; a sparkling, “knife-edged” type of energy that can either dazzle or divide and separate (at the time of Marilyn’s Monroe’s death this energy was just in the process of being replaced by 11 Kawak)

11 Kawak (July 23rd) – inspirational “storm of compassion”, the Maya energy that was in place on the day of the Royal Regatta on the River Thames in England in 2012, when spirits were high even through the drenching rain

12 Ajaw (July 24th) – a “gathering together” force aligned with the full sun, on a day when the Crescent Moon will appear below Venus in the early morning sky

13 Imix (July 25th) – “transformational birth”, another force that can be highly intense, as happened on its last appearance when millions of people were forced to move to higher ground as Super Typhoon Haiyan approached the Philippines (on its appearance one cycle earlier a rare California snow storm clogged highways and trapped thousands of people in their vehicles)