After the enormously devastating events of this past “Wind” trecena a tremendous number of people are faced with the overwhelming challenge of trying to rebuild lives – whole towns have been destroyed by hurricanes, cyclones, and ferocious winds not only in the Philippines, but in many other parts of the globe as well. And now we have the energies of the Eagle coming in. 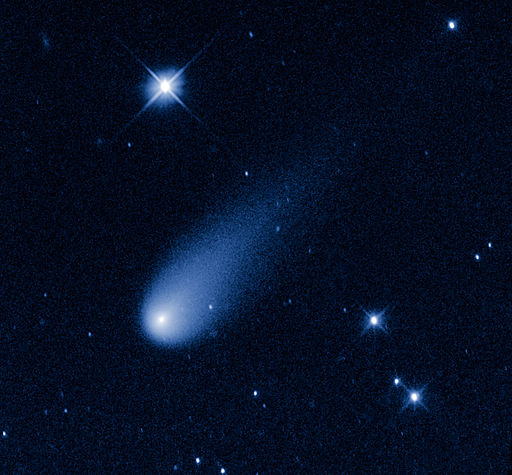 Seen by the Maya as an avatar of the sun, the eagle is not only representative of acuity and high-flying ideals, but also of strength, wisdom, and renewal. This powerful force kicks off a thirteen-day period aligned with the idea of “supremacy”, power, and lofty vision – all of which will be needed as restoration efforts continue to unfold. During this time frame in the past people have often shown enormous resolve to push forward with significant actions, many of which have manifested in the form of revolutionary or even military aggression.

This was seen quite vividly when the U.S. declared war against Iraq on the first day of this period in 2003, at the same time as intense worldwide anti-war demonstrations were unfolding. In 2011 the beginning of this trecena brought forth major street riots in Tunisia that initiated the downfall of that country’s government, the first major denouncement of authoritarian rule and demand for democracy in the Arab world, a situation that instigated a wave of revolutionary events throughout that region. A few days after the initiation of the Tunisian revolt major eruptions broke out on the streets of Cairo when tens of thousands of Egyptians clashed with government forces, building up to a “Day of Rage” in that country, on the last day of the trecena. The anti-government protests in Syria also began under this energy influence, four cycles ago.

Three cycles ago, at the end of the trecena, a day of “Global Revolution” unfolded as the “Occupy Wall Street” movement against social and economic equality spread to hundreds of cities around the world, in 82 countries. And now thousands are starting to protest against governmental insufficiencies in Haiti, a situation that will likely be further fueled by the force of the Eagle’s energetic powers during this intense 13-day timeframe. 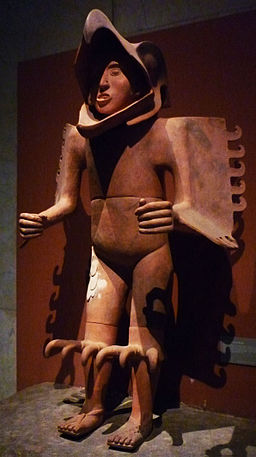 Within Mesoamerican mythology eagles were also associated with the kind of strength and power exhibited by warriors, as seen in the life of Miguel Hidalgo y Costilla, the visionary pastor of a poor parish in Mexico, who was born on a One Men day in 1753. During a time of great oppression by the Spanish it was Hidalgo who gave the firey “Grito”, the “Cry of Independence” that started the Mexican War of Independence in 1810. His rallying cry against oppression was so inspirational that he is now known as the Father of Mexican Independence.

Indeed many brave warriors were born during this time frame, as demonstrated by 16-year old Malala Yousafzai, born on the fifth day of this trecena. Her advocacy of education for girls in Pakistan made her the target of a Taliban assassination attempt last year. Not only did she survive after being shot in the head, but she has continued to thrive and to pursue this important cause. Just last month she was awarded the Sakharov Prize for freedom of thought, the 750-member European Union’s annual human rights prize. Several days later she became an honorary citizen of Canada.

As it happens, Malala’s birth energy (5 Kawak) coincides this year with the opening of an exhibit in Regina that has been put together by a large group of dedicated women warriors. Called “Walking With Our Sisters”, this is a major installation of over 1700 moccasin vamps (uppers) created by hundreds of individuals in honour of over 800 missing and murdered indigenous women in Canada and the U.S. With each pair of vamps representing one of these women, this show was put together to draw attention to the injustices associated with this situation. (Click here for more information, and for listings on the exhibit’s tour through to 2019).

During this Eagle trecena one of the most important days will be 8 Ik’ (Nov. 28th). This is representative of the “resurrection” of wind/breath/spirit, symbolic of the sun working together with the wind/breath/spirit aspect of Quetzalcóatl. As the new Maya month known as Mak, which is also associated with this wind deity, comes into play at this time this would create a “double wind” type of energy. This also marks the one-cycle anniversary of both the election of Pope Francis, and the handing over of the command of the International Space Station to Chris Hadfield, the high-flyer who was the first Canadian to walk in space. As if to honour the wind deity during this “high-soaring” time frame, this is the day when Comet ISON will pass closest to the sun, precisely one Tzolk’in cycle plus three days after the flypass of Comet Pan-STARRS earlier this year. This event will be taking place just as millions in the U.S. will be sitting down to their Thanksgiving dinners, shortly after the lighting of the first Hanukkah candles, significant to the 8-day Jewish Festival of Lights and Feast of Dedication. A timeline of Comet ISON’s incredible journey can be found here. Other stunning pictures of the comet can be seen here.

Given the enormous challenges that have to be addressed in so many different places at this time it appears that great deal of vision and strength will be needed. It seems that many will be required to “go to battle” for important causes, working as “Eagle warriors” in order to create new states of being. Here are the energies that will come into play:

1 Men (Nov. 21st) – the “initiation” of the Eagle’s lofty vision; a “posturing for supremacy” type of force

2 Kib’ (Nov. 22nd) – a “dynamic” type of energy that can “shake things up” but is ultimately aligned with the transmutation force that can lead towards the restoration of order; this time in conjunction with the 50th anniversary of the assassination of President John F. Kennedy (who was killed on Maya day 4 B’en in 1963)

5 Kawak (Nov. 25th) – the “blessing” of compassion; a precision kind of energy that can stir compassion or start a storm, clearing the path towards enlightenment, this time in conjunction with the opening of the “Walking With Our Sisters” exhibit in Regina; birth energy of Malala Yousafzai

6 Ajaw (Nov. 26th) – an “everywhere” type of energy associated with full sun/the power of enlightenment, as was in place in 1920 when the 19th amendment was adopted in the U.S., giving women the right to vote

7 Imix (Nov. 27th) – “self-generating” birth, an energy often asssociated with the envisioning of a “new order of being”, as when Hernán Cortés and his Spanish conquistadores arrived at Tenochtitlan (Mexico City) under this energy influence in 1519

8 Ik’ (Nov. 28th) – the “resurrection” of wind/breath/spirit; symbolic of the sun working together with the wind/breath/spirit aspect of Quetzalcóatl, this time in conjunction of the “seating” of the Maya month known as Mak; this “double wind” type of energy comes in on Thanksgiving Day in the US and the first full day of Hanukkah (which starts at sundown the day before); at this time the Comet ISON passes closest to the sun

9 Ak’b’al (Nov. 29th) – an “outwardly-projecting” type of force often aligned with the “temple” or “house”, and deep esoteric mysteries; this time in conjunction with Black Friday, at which time hundreds of millions of people in the US will likely visit the “temples” of consumerism on this deeply discounted “busiest shopping day of the year”

10 K’an (Nov. 30th) – “foundational germination”, as in the coming into effect of the Emancipation Proclamation in the U.S in 1863; can be quite volatile, as in the generation of strong weather conditions or in the eruption of strong emotion-propelled action (as was in place at the beginning of the Egyptian Revolution in 2011); this time in conjunction with the official end of the Atlantic hurricane season

11 Chikchan (Dec. 1st) – inspirational Lifeforce, aligned with Liberation and Higher Consciousness; a Burner Day traditionally associated with “extinguishing the fire” – often signalling some kind of change in direction, as happened two Tzolk’in cycles ago when a massive derecho storm system wrecked havoc across 12 U.S. states, leaving a 700 mile trail of destruction in the midst of a massive heat wave. This is the point where people often gear up to adjust tactics in their efforts to push forward particular interests.

12 Kimi (Dec. 2nd) – a “gathering together” type of energy associated with “absolute foundations”; a “regrouping type of energy” that can help to lay the foundations for some sort of new beginning; this time in conjunction with Cyber Monday, the biggest on-line shopping day of the year

13 Manik’ (Dec. 3rd) – “transformational deer”; as Manik’ is a “carrier” of the sun and is sometimes associated with sacrifice, this can be a powerful force that can compell people to unify and forge ahead towards a common goal, sometimes against “daunting odds”, as seen in the day of “Global Revolution” three cycles ago