As snow and cold temperatures are beginning to make their presence known in many parts of North America, and falling leaves are stripping trees down to their “bare bones” once again, so too are we returning to the “bare bones” energy of the Kimi trecena. And now, after the poignant funerals of the last trecena, we also find this energy coming into place at the time of Remembrance/Veterans Day, a time when so many will be reflecting on the lives, accomplishments, and sacrifices of the hundreds of thousands in the past who have given their lives in the service of their countries.

“Blood Swept Lands and Seas of Red” installation of ceramic poppies at the Tower of London (2014),     in commemoration of World War I .
Photo Credit: JeyHan (Own work) [CC-BY-SA-3.0 (http://creativecommons.org/licenses/by-sa/3.0)], via Wikimedia Commons

At this particular time this special day will be commemorated in London by the placement of the final ceramic poppy in the vast field of 888,246 poppies (representing the loss of lives from the British Empire during World War I) that has been built up over the past few weeks at the Tower of London – an extraordinary testimony to the blood that has been shed on battlefields. This seems to tie in directly with the “death” and “acknowledgement of ancestors” aspect of this Kimi period, which is sometimes associated with skeletal imagery. 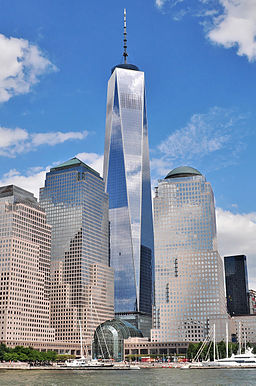 As the governing energy for this 13-day period, Kimi represents the idea of returning to spiritual foundations as the genesis point for regeneration. Intriguingly, this was the trecena that was in place in 2006 when construction began on the footings and foundations for what was to become One World Trade Center. And now, 12 Tzolk’in cycles later, that tower is again beginning to hum with life. The day 5 Ok, aligned with the “blessing of guidance and love”, that marks the beginning and end of those 12 cycles comes just eight days after the new tower was “opened for business” near the end of the last trecena.

Another significant event that will be commemorated during this Kimi-governed time frame will be the 25th anniversary of the fall of the Berlin Wall. To mark this occasion a temporary wall created from thousands of illuminated white balloons will run through the center of the city, along the former course of the original wall. It is thought that this light show will likely be able to be seen from space. 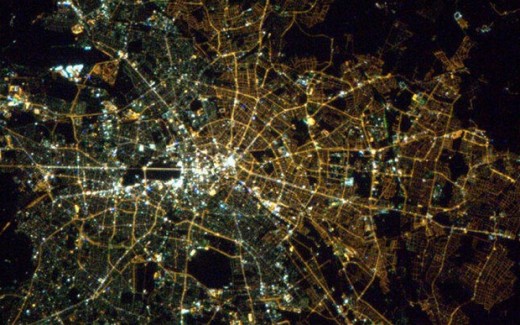 Berlin at night, showing the West glowing with a whitish colour and the East with a yellowish colour. Photo credit: Chris Hadfield, from the ISS on Sept. 24th, 2014 (NASA photo)

In the past this “back to source” timeframe has, at times, brought forth many world-shattering events, such as in the assassination of the Archduke Ferdinand in 1914, that precipitated World War I, that horrific conflict that took the lives of some 16 million people. 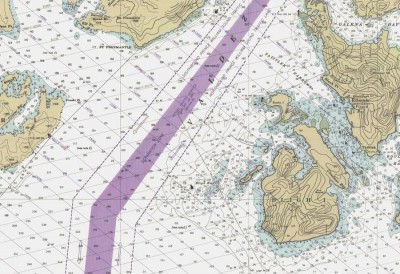 Two days into the trecena in 1989 the Exxon Valdez oil tanker spill off the coast of Alaska triggered one of the world’s most devastating human-caused environmental disasters, with the death of untold numbers of birds, animals, and marine species.

In 2010 this trecena brought the dreadful cave-in at a copper and gold mine in Chile that left 33 miners trapped and fighting for their lives nearly 2300 ft. underground. The following April it was this trecena that laid the foundations for the “Arab Spring” with the eruption of massive protest demonstrations in areas such as Yemen, Libya, Morocco, Syria, and other places in the Middle East. And when this trecena was last in play – in late Feb./early March of this year – Ukraine came to the forefront of the world’s attention, with the fighting becoming so fierce that an “extraordinary” meeting of the European Union’s heads of state had to be called to address what was seen as the “biggest crisis of the 21st century”. This call came in after Russia’s takeover of Crimea and the ultimatum issued to Ukraine to surrender Crimean military zones and recognize Crimea’s new authorities.

As such events suggest, this trecena does not necessarily bring a gentle return to “basics”. Sometimes it triggers some kind of major event that requires people to “step back” and regroup – some kind of event that doesn’t necessarily have to be “bad”, but has the possibility of being rejuvenating, as in the signing of the Treaty of Versailles between Germany and the Allies in 1919 after the conclusion of World War I. 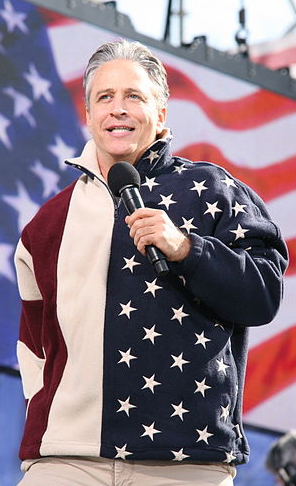 Indeed, much of the energy associated with this 13 day period revolves around the idea of letting go of restrictions so that restoration and renewal can be initiated. In the U.S. it seems that this kind of regrouping will be undertaken as a result of the GOP sweep on November 4th, which could make things even more difficult for President Obama and the Democrats during the next two years. This regrouping will get underway on One Kimi, the very first day of the trecena, when House and Senate leaders of both parties meet at the White House to discuss the road ahead.

No doubt this political development will provide much more fodder for programs such as “The Daily Show”, hosted by satirist Jon Stewart whose New Fire birthday comes into place on the ninth day of this time period.

Sometimes the shifts that take place during this time frame necessitate a whole new way of thinking, as demonstrated by the work done by Nicolaus Copernicus in the 16th century. Born under the hugely transformative influence of this trecena’s final day, Copernicus literally changed the axis of “reality” when he formulated a heliocentric model of the universe with the Sun at the centre rather than the Earth. This provided a revolutionary new “baseline” for thinking and being.

It was during this trecena, as well, that the first Titan II rocket was launched (in 1962), which helped to open up the Gemini spaceflight program. Perhaps it was no coincidence then that the Kepler telescope’s discovery of 715 new planets was announced the last time this trecena was in place, almost exactly seven cycles after its launch in 2009. 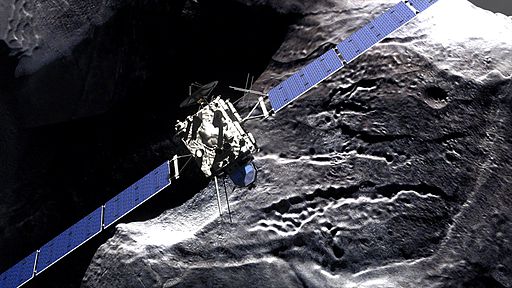 And now, during this trecena we have an opportunity to see what happens when one of our space probes (Philae, transported by Rosetta) attempts to land on a comet. Wouldn’t Copernicus have loved to witness THAT!

So as we watch those leaves fall, get out our heavier sweaters, and bemoan the darker days and colder nights that are now encroaching, perhaps we can once again remember that even though things may be looking bleak this can also be a point where it could be helpful to allow things to rest in order to regenerate. Again this presents an opportunity to clean out whatever is not wanted or needed, to give concerted thought to what IS wanted, and to set up new foundations for what you want to rejuvenate or bring into your life. During this time frame these are the energies that will come into play:

2 Manik’(Nov. 8th) – a dynamic type of energy aligned with the idea of reciprocity; the energy that brought forth a major coronal mass ejection from the sun in 2010 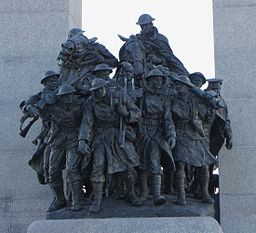 3 Lamat (Nov. 9th) – the “activation” of the “bright star” heralding energy, aligned with leadership, this time in conjunction with the 25th anniversary of the day when the Berlin Wall began to be dismantled (in 1989). On this day a special light installation made of thousands of illuminated, helium-filled white balloons will be set up along 12 km of the former Wall as a “symbol of hope for a world without walls”.

4 Muluk (Nov. 10th) – a “defining” day associated with the shape-shifting energy of water

5 Ok (Nov. 11th) – the “blessing of love”, also associated with fire, protection, guidance, and justice; this time in conjunction with Remembrance Day in Canada and Commonwealth countries, and Veterans Day in the U.S.; in the U.K. this is the day when the final ceramic poppy will be set in place at the Tower of London; 12 Tzolk’in cycles since construction began on the footings and foundations for One World Trade Center

6 Chuwen (Nov. 12th) – a “six directions” type of energy aligned with creativity and play, but sometimes associated with the unexpected, as when an EF4 tornado struck Missouri under this energy influence in April of 2011. On this November day the European Space Agency’s Philae probe (launched from Rosetta) will attempt to land on Comet 67P/Churyumov-Gerasimenko. Rosetta has been flying alongside the comet since August.

7 Eb’ (Nov. 13th) – a “self-generating stream-of-consciousness” type of energy; a revitalizing force representative of a fertile “mid-point” to the trecena, this could be a turning point towards the opening up of new possibilities.

8 B’en (Nov. 14th) – the “resurrection” of personal authority; Tzolk’in anniversary of the energy under which the Vimy Memorial was unveiled in France (in 1936) in memory of Canadians killed during the First World War 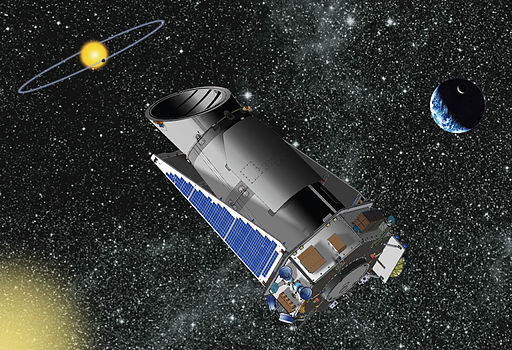 9 Ix (Nov. 15th) – an “outwardly projecting” type of energy often associated with deep mysteries; Jon Stewart’s New Fire birthday (one day after the U.S. release of “Rosewater”, the film that he not only wrote and produced, but also directed, in his directorial debut)

10 Men (Nov. 16th) – “foundational Higher Vision” – a Burner Day aligned with “taking the fire” in conjunction with the “high vision” of the Eagle; a strong energy that has the potential to be quite explosive but can also open up far-reaching possibilities. Five years since the launch of the Kepler Telescope under this 10 Men energy influence in 2009, on its mission to find Earth-like planets in other solar systems. Based on data collected from Kepler, NASA has recently announced that the Milky Way is home to at least 17 billion planets similar in size to Earth.

11 Kib’ (Nov. 17th) – an energy that can be either change-oriented or “inspirational”, often aligned with shedding a kind of “first light” on things, as when the first proton-proton collisions recorded by the Large Hadron Collider took place under this influence in 2009.

13 Etz’nab’ (Nov. 19th) – “transformational flint”; a powerful energy that can be quite dazzling and attention getting, as was in place five cycles ago at the time of the royal wedding in the U.K., on the same day as massive anti-government protest demonstrations were taking place across Syria (in April of 2011). Three cycles ago this energy coincided with the onslaught of Super Typhoon Jelawat that cut power to over 300,000 households on Okinawa and brought fierce winds and torrential rains to Japan’s main island of Honshu.