As the Maritimes begin the dig out from yet another massive blizzard and the Melanesian Islands in the South Pacific struggle to assess the massive devastation caused by Cat. 5 Hurricane Pam, we come to the Kib’ trecena.

Sometimes similarities can be seen between this trecena and the Kab’an trecena, in that both often involve significant “evolutionary” movement. During this Kib’ trecena such movement can sometimes manifest through the unexpected, often involving some form of duality, sometimes involving paired events or paired ideas struggling to maintain equilibrium. Such forces were in place at the time of the destruction of the twin towers of the World Trade Center in 2001.

At the present time it seems that both the serious and the frivolous will be joined in dance as the trecena kicks off with both parliamentary elections in Israel and St. Patrick’s Day celebrations in many parts of the world. Due to last week’s solar flare there are also spectacular green aurora borealis displays – just in time for such festivities. 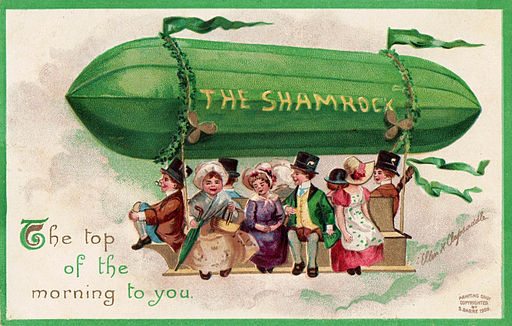 The fourth day of this time frame is particularly noteworthy as that is the day when the Sun/Rain energy of 4 Kawak will bring in the Spring Equinox at the same time as a New Moon/Supermoon and a partial solar eclipse (actually a total eclipse in some areas). At the present time we are also seeing a repeat of the type of solar activity that occurred in 2003, under precisely the same energy influences. At that time 4 Kawak coincided with a record breaking solar storm.

This energy will be followed by 5 Ajaw, the day that was traditionally celebrated by the Maya as Xochipilli’s birthday, with its emphasis on fertility, the arts, beauty, games, and feasting. Xochipilli (the Flower Prince) was often depicted surrounded by flowers, immersed in the pleasures of life – sometimes to excess. This type of emphasis on prosperity is echoed again four days later, on 9 K’an. 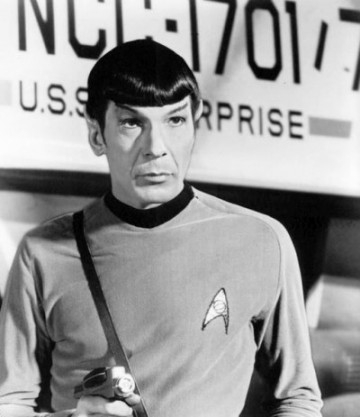 At this time we are reminded of the recent departure of artist/actor Leonard Nimoy who created and embodied the iconic and enduring character known to the world as Mr. Spock of Star Trek. Nimoy would have celebrated his 84th birthday on March 26th this year, on a 10 Chikchan Burner Day, and, as it happens, that day directly follows 9 K’an, which is his Maya birth energy.

Given Mr. Spock’s connection with space, it is intriguing to see that 9 K’an was the energy in place at the time of the launch of Skylab 1 (European Space Agency) in 1983, as well as the energy in place at the time of the deployment of the Hubble Space telescope, from the space shuttle Discovery, which was launched the day before (in 1990). Representative of “outwardly-projecting” longevity in association with germination and prosperity, this energy could translate as “Live Long and Prosper”, the salutation that the world instantly connects with both Leonard Nimoy and his “alter ego” Mr. Spock. Indeed, this was part of his departing message.

A life is like a garden. Perfect moments can be had, but not preserved, except in memory. LLAP (Leonard Nimoy)

His long-lasting influence can even be seen in the space exploration community, as NASA posted a statement that revealed that NASA itself was mourning Nimoy’s passing. Not only did Star Trek provide inspiration for many at NASA over the years, but Nimoy was in attendance at the 1976 rollout of the space shuttle Enterprise and worked to promote NASA missions. 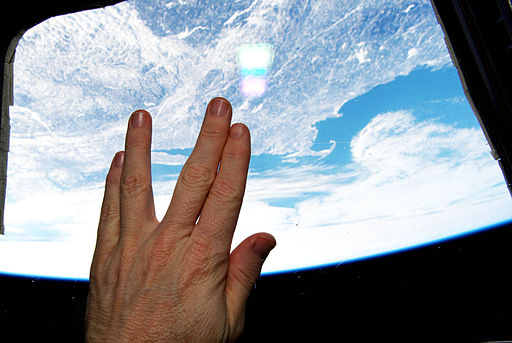 In the NASA statement at the time of Nimoy’s passing, NASA administrator Charles Bolden said that “Leonard Nimoy was an inspiration to multiple generations of engineers, scientists, astronauts, and other space explorers.” 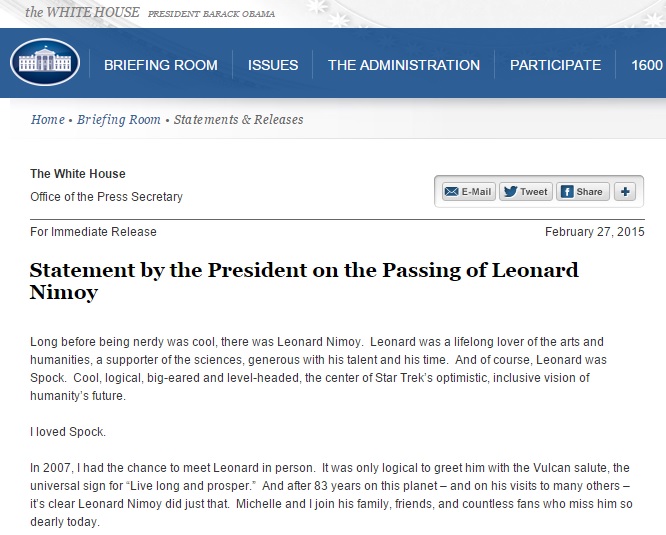 Statement from President Obama on the passing of Leonard Nimoy. Photo Credit: The White House [Public domain], via Wikimedia Commons

This melding of Nimoy and Spock is rather intriguing as there is a reflection of this trecena’s duality in this, in that Nimoy originally had a self-proclaimed “identify crisis” due to the the public’s love for Spock, but it was a crisis eventually resolved (as described in his books) as he came to accept the importance of that character.

In many ways the qualities that Nimoy exemplied are reflective of the Kib’ trecena in that Spock was known for his strong use of logic, inventiveness, and “cool head” even in the midst of crises. He was the one who was often able to find the solutions that would lead to the restoration of order and harmony. And indeed, with its emphasis on such things as illumination, ingenuity, vigilance, forgiveness, and even practicality, the Kib’ time frame generally holds the potential to engender glimmers of light, and offer possible solutions as old patterns go through the process of transmutation and new imperatives come into view.

While this trecena is likely to have its fair share of “shake ups”, it may be that this is all in the ultimate interest of creating a new state of balance – possibly involving some sort of reassessment or reshuffling of priorities prior to the creation of a “new normal”. During this current time frame these are the energies that will come into play:

1 Kib’ (March 17th) – the “initiation” of the transmutation force that leads towards the restoration of order, this time in conjunction with St. Patrick’s Day, parliamentary elections in Israel, and aurora borealis displays from the solar storm of a few days ago

2 Kab’an (March 18th) – a “dynamic” type of energy related to the earth, or “earth movement”; first anniversary of Russia’s annexation of Ukraine

3 Etz’nab’ (March 19th) – the “activation” of a sparkling, “knife-edged” type of energy that can dazzle and/or begin a separation process

4 Kawak (March 20th) – a “defining” type of energy aligned with “storm”, representative of the sun working together with intense rain, this time in conjunction with a New Moon/Supermoon, a partial solar eclipse (total in some areas), the Spring Equinox, and the International Day of Happiness; also the final day of the current Commission on the Status of Women session at the U.N.

5 Ajaw (March 21st) – the “blessing of enlightenment”; a Tzolk’in anniversary of the energy that was in place when women were officially recognized as “persons” under British law, in 1929. Xochipilli’s birthday, William Shatner’s Maya birthday, and the International Day of Forests.

6 Imix (March 22nd) – an “everywhere” type of energy associated with “birth”, which can often bring chaos as some new order of being is manifested; World Water Day and William Shatner’s 84th Gregorian birthday. Beginning of the sequence of events associated with the reburial of King Richard III in the U.K.

7 Ik’ (March 23rd) – “self-generating” wind/breath/spirit, as seen on its last appearance when Supertyphoon Neoguri was approaching Japan, at the same time as multiple tornadoes pummelled the U.S.; start of the week when the Large Hadron Collider is being prepared for switch-on

8 Ak’b’al (March 24th) – a “resurrection” type of energy associated the “temple” or “house”, and deep esoteric mysteries; the energy under which the first National Women’s Day was celebrated in the U.S. (in 1909).

9 K’an (March 25th) – representative of “outwardly-projecting” longevity in association with germination, as when the Hubble Space Telescope was deployed in 1990; strong association with opulence as seen last year during Queen Elizabeth’s Diamond Jubilee celebrations at Windsor Castle. As this is Leonard Nimoy’s Maya birthday, this energy could also translate as “Live Long and Prosper”. At this time this is also the 50th anniversary of the historic (and successful) civil rights march from Selma to Montgomery Alabama in 1965.

10 Chikchan (March 26th) – a Burner Day associated with “Foundational Lifeforce, Liberation, and Higher Consciousness”; would have been Leonard Nimoy’s 84th Gregorian birthday. On this day about 600 people (including known descendants of the king) will attend the reburial of King Richard III at Leicester Cathedral. In 2003 the largest solar flare ever recorded coincided with this energy.

12 Manik’ (March 28th) – a “gathering together” type of energy associated with reciprocity, this time in conjunction with Earth Hour and the start of the Wayeb’ (the start of the 5 days at the end of the ancient Maya year)