A jaguar walking though the snow may be a perfect metaphor for this Ix trecena at this time, as so many people in a great many places are still dealing with the challenges foisted upon them by the snow and ice storms of mid December. 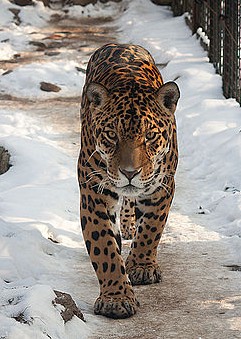 Governing the thirteen days of this time span, this jaguar-oriented energy was seen traditionally as a “warrior” type of force related to things of the earth, associated with great strength, power, and high rank. This is an energy aligned with high magic and even mastery over things of an unseen nature. It is not unusual to see a lot of “posturing for power” during this period, reflective of the Jaguar’s significance as a major symbol of authority and rulership.

During this time frame there is often an emphasis on significant transformation from one state to another, often pushed forward by individuals who, having “reached their limit” in one way or another are compelled to become “jaguar warriors” who must “go to battle” for a particular cause. For this reason the transformations that can unfold at this time can be quite awesome. Hopefully, at this time, this will bring welcome relief to all those who have been so severely challenged over the previous thirteen days.

In addition, the old year is closing during the first two days of this trecena, so this is the trecena that will bring us through the transformational first days at the opening of the new year, including the lead-up to the opening of the Winter Olympics in Russia. 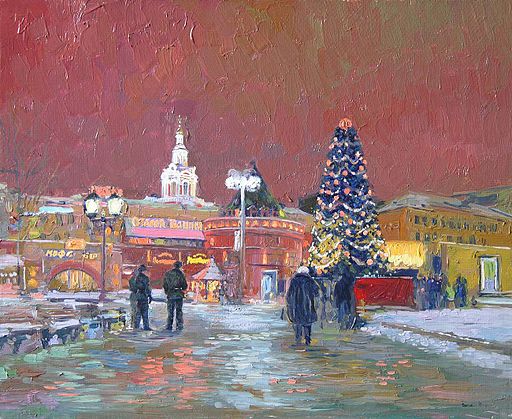 It is not unusual for the first day of the trecena to be a turning point that can be pivotal even in terms of the fate of nations, as could be seen several times during the French Revolution when some of the most significant events of that era took place under that “initiation of transformation” influence. In November of 2011, the Maya day One Ix coincided with 11:11:11, a date of great significance to those following the Gregorian calendar. Indeed, this is a trecena during which many great shifts have occurred, as in the start of the Russian Revolution in 1917, the start of the London Blitz in 1940, the massive Tibetan uprising against Chinese aggression in Llasa that took place under this influence in 1959 (which resulted in the death of thousands of Tibetans and the exile of the Dalai Lama), and in the mass exodus from the city of Aleppo, Syria in July of 2012 when fierce fighting drove thousands of people to seek new lives elsewhere. 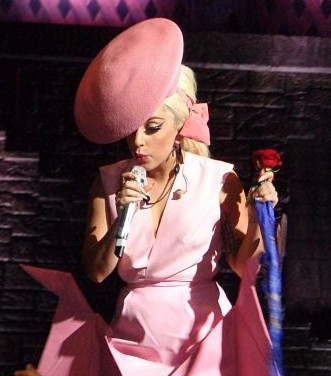 Lady Gaga at the Born This Way ball in Stockholm, August 2012 (photo by Jimmy Johansson)

On a lighter note, it seems New Year’s Eve might have the potential to be rather exciting this year, as this is the energy that brought Stefani Joanne Angelina Germanotta (better known as Lady Gaga, mistress of Transformation and High Magic) into the world. While she may not be aware of it, New Year’s Eve will be her Maya birthday. No doubt she will be celebrating in style.

The fourth day of the trecena is Four Kab’an, a “defining” energy associated with the sun, Earth, and evolutionary movement. This is the energy represented right in the centre of the Aztec Sun Stone, the image that millions mistake for “the Mayan Calendar”. It was under this influence that the massive Live Aid rock concert, called the “greatest live concert ever staged” (watched by 1.5 billion people), earned $80 million U.S. for famine relief in Africa, in 1985.

From a personal perspective this trecena can lend strength in terms of the pursuit of personal goals as when (on the 8th day of the trecena) Erick Barrondo, a 21 year old Mayan, became the first Guatemalan to be awarded an Olympic medal (silver, for the 20 km racewalk), at which time he took the opportunity to plead for an end to violence in his country. For this achievement the Guatemalan government voted unanimously to make him a Knight of the Order of the Sovereign Congress, a national hero.

Another day of significance comes into place on January 7th this year, on the Maya day Nine Ik’, the “birth” daysign of Quetzalcóatl, the great Feathered Serpent that traditionally symbolizes Higher Knowledge and represents the portal between Earth and the Heavens. On its last appearance this energy brought a “Moment of Silence” in Boston after the horrific attack during the Boston marathon a week earlier, on the second day of the trecena.

Thirteen Kimi, the final day of this trecena, often packs a punch of some sort, as seen in 2010 when a blast of the brightest X-rays ever detected from deep outer space (from a gamma-ray burst connected with the explosion of a massive star) temporarily blinded the X-ray eye on NASA’s Swift space observatory, and when a massive cyclone struck the arctic last summer under this influence. The transformation-oriented energies that are so strong at this time could also relate to something more specific, as in the accession of Queen Elizabeth II in 1952, an event that represented a huge turning point for the U.K. after the death of Elizabeth’s father, King George VI. Similarly, on a 13 Kimi day in 2011 Yemen’s president agreed to relinquish power.

As this Ix trecena unfolds, these are the energies that will come into being (days of particular importance are highlighted in red):

1 Ix (Dec. 30th) – the initiation of the Jaguar’s power of transformation, one Tzolk’in cycle since Justin Trudeau won the leadership of the Federal Liberal party with 80% support; a Tzolk’in anniversary of the launch of UN Women, in February of 2011 (click here for a video of this launch)

3 Kib’ (Jan. 1st ) – an activation energy often associated with the “restoration of order”, in conjunction with the New Moon on the first day of 2014; the day that President Obama’s Patient Protection and Affordable Care Act (PPACA aka Obamacare) comes into effect

5 Etz’nab’ (Jan. 3rd) – the “blessing” of “flint” – a “knife edge” type of force that can be quite dazzling, this time at the peak of the Quadrantids Meteor Shower; this is an energy that also has potential to bring things to a definitive conclusion, as in the official surrender of Japan at the end of world War II in 1945

6 Kawak (Jan. 4th) – a “storm everywhere” force; an energy that often has more to do with the triggering of a “storm of compassion” than a weather related event (but severe weather can also be a factor)

9 Ik’ (Jan. 7th) – the “outward projection” of wind, breath, spirit, the calendrical daysign of Quetzalcóatl, as noted above; an energy that can “blow” in any direction and can often bring unexpected change, as in tornadoes that have often manifested under this influence

10 Ak’b’al (Jan. 8th) – a combination of the foundational energy of “Source” (the number 10) in conjunction with “darkness”, as in the Temple associated with deep esoteric mysteries; the Jaguar energy that runs through this trecena is very much a part of this energy – an excellent day for meditating or “dreaming”

11 K’an (Jan. 9th) – an “inspirational” type of energy associated with youthful vitality, as when Guy Laliberté donned a red nose to become the “first clown in space” on an 11 K’an day in 2009 after his arrival at the International Space Station (he was launched 2 days earlier, on a 9 Ik’ day)

12 Chikchan (Jan. 10th) – “dedicated” lifeforce – a powerful force that represents a doubling of the intensity of the Quetzalcóatl energy noted above with regard to Jan. 7th; this is the type of influence that can significantly draw people into action for a common cause

13 Kimi (Jan. 11th) – “transformational death” – a powerful “return to Source” type of force that can pack a huge punch (major tornadoes, intense flooding, and even volcanoes have occurred in the past under this influence), as noted above