The old year ends with the “activation of enlightenment”; the new year begins with the “defining of birth” – opening up a new “realm of all potential”. So what is the nature of the energy wave that is carrying us through this transition? 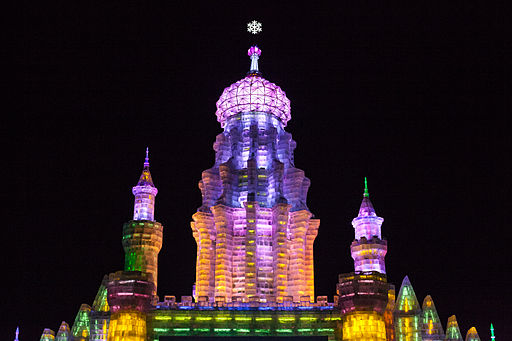 In many ways the “markers” for this Maya energy frame are representative of this time of year in many parts of the northern hemisphere, as they include such things as cold, sharpness, sacrifice, separation. For many this can be a challenging time as the weather is often bleak and hazardous, and year end rituals and commitments can add to the overall pressures.

Traditionally oriented around the general idea of “sacrifice and separation”, the 13-day time frame that begins with One Etz’nab’ was thought of as being under the patronage of two deities who seem to have opposing agendas. One of these is the Sun God (known as Tonatiuh to the Aztec) who represents the life-giving, restorative warmth of the sun, while the other is Mictlantecuhtli, who represents the coldness of the Underworld. The tug-of-war between these forces comes into play at this time, with the Sun God wanting to bring forth that spark of life and warmth at the same time as the “Death” God wants to hold things at bay, to keep things static or frozen in his icy grip. Another way of thinking of this would be through the reminder that, to the Maya, the Underworld was also a foundational realm – the place of “new beginnings”. So in many ways this trecena is one of those time frames which can greatly assist the process of formulating new ways of being. 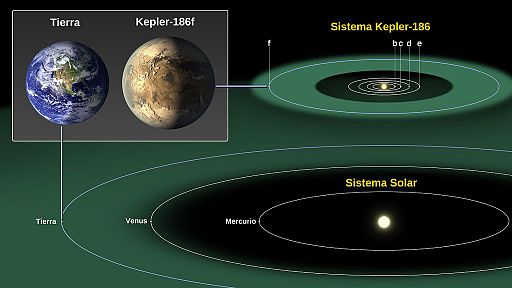 Comparison of the newly discovered Kelper-186f solar system with planets in our inner solar system. Kelper-186f was discovered one cycle ago during this trecena. Photo Credit: NASA Ames/SETI Institute/JPL-Caltech ([1], [2]) [Public domain], via Wikimedia Commons

Historically this trecena has had a tendency to bring issues in many arenas into sharp focus, requiring people to face their dilemmas and make important decisions, as happened in 2012 when tens of thousands of people on the U.S. east coast faced the daunting task of rebuilding homes, lives, and communities after the onslaught of Superstorm Sandy. In mid April of 2014 it was the opening day of this trecena when the Ukrainian government began mobilizing its military for “large scale anti-terrorist operations” after many days of violence in eastern Ukraine which saw the seizure of many government buildings by heavily armed, masked pro-Russian activists. That mobilization prompted some 10,000 people to rally in central Moscow to denounce Russia’s aggressive actions at the same time as the U.N. Security Council held an emergency meeting to discuss the crisis that was bringing things to “the brink of civil war”.

This was somewhat typical of the kind of events that often take place under this influence as this is a knife-edged type of energy that can begin the separation process, to physically or metaphorically “cut away” what is no longer working or needed, or “trigger” situations that can open up new directions. 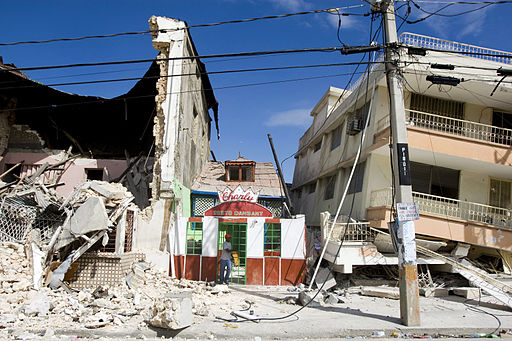 At the moment we are almost paralleling the energy conditions that were in place at the beginning of 2010, as the Etz’nab’ trecena began on January 4th of that year. As it happened, this trecena came in twice that year – at the beginning of the year, and again in September – as will happen again in 2015. Let’s pray that there is not a repeat of the kind of events that took place then, as it was the ninth day of the trecena in January of 2010 that brought enormous destruction to Haiti, with a 7.0 earthquake. On its second appearance, in September of that year, the first day of the trecena brought Hurricane Igor to the Maritimes, the worst storm to hit Newfoundland in 75 years, which precipitated over $65 million in damage.

And speaking of damage – it seems that considerable “damage control” in underway at the moment as many in the entertainment world are currently pondering whether or not it was prudent to release the movie titled The Interview, due to its politically sensitive nature with regard to North Korea. The timing for this situation is interesting as it was the beginning of this trecena in July of 2013 when North Korea marked the 60th anniversary of the truce that ended the Korean war with a massive display of goose-stepping soldiers and a parade of tanks, missiles, and weapons. One might question the wisdom of taunting a nation that feels it necessary to present such a display – particularly at a time when this energy influence is returning. Given the nature of the energies in play at this time this seems like somewhat of a “Russian roulette” type of situation. “Fingers crossed” that some kind of peaceful resolution can be found. 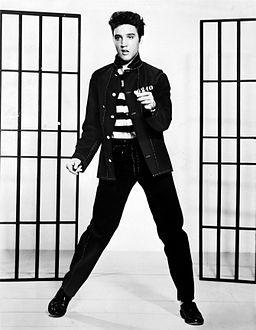 As tricky as this energy often is, however, it can also bring dazzle, as it will this time in northern China when it assists in putting on a mind-boggling show in the form of the Harbin International Festival as it celebrates its 31st year with spectacular structures made from ice and snow.

But perhaps one of the most “shocking” things that will set people reeling at this time is the realization that, if he had lived, Elvis Presely would be celebrating his 80th birthday during this trecena – on the day 11 Lamat (“inspirational star”), under an energy influence not unlike the one that was in place when he arrived in this world on a 2 Lamat day in 1935. Hard to believe, but there it is – and no doubt Elvis would be just as shocked to see what the world has become in the 37 years since his departure. No doubt he would be pleasantly surprised to see that he still has a massive fan base.

As much as this trecena often tends to arrive in some dramatic way, it also has a way of leaving with particular fanfare, with the final day (13 Ok) being partial to the triggering of solar flares or to adding energy to wildfires, as has happened several times in the past.

Overall this is a very good time for reflection – for reviewing past actions, for cutting away things that no longer serve or support you, and for making significant adjustments in order to move ahead in bold new directions. These are the energies that will come into play:

1 Etz’nab’ (Dec. 29th) – the “initiation” of Flint – a sparkling “shock and awe” type of energy that can dazzle and/or divide and separate

2 Kawak (Dec. 30th) – “dynamic storm”, often manifested as the “generation of a storm of compassion”. An energy that often triggers strong emotions, as things are brought up, examined, and released, particularly at this time of year.

3 Ajaw (Dec. 31st) – the “activation of Enlightenment” – an important Burner Day oriented around the idea of “announcing the fire”, traditionally this is a point where clarity can suddenly break through, with Ajaw’s “full sun” illuminating things that may have been previously hidden, this time in conjunction with New Year’s Eve and the day the International Security Assistance Force mission in Afghanistan comes to an end.

4 Imix (Jan. 1st) – representative of the sun working with the waters of creation to bring something new into being, this is a “defining” type of energy associated with “birth” (ie. a “whole new world” or a “whole new way of thinking”), which is a perfect “opening” energy for New Year’s Day.  On this day “The Right Honourable” Michaëlle Jean (former Governor-General of Canada) takes office as the Secretary-General of La Francophonie – an organization of over 100 French speaking countries. She will be the first woman to hold that position.

5 Ik’ (Jan. 2nd) – the “blessing” of wind/breath, and spirit –an energy that could enhance communication and perhaps even assist with bringing clarity or the idea of “hope” with regard to critical issues or events. One cycle since the Kepler telescope discovered the most Earth-like planet so far (called Kepler 186f) in a galaxy 459 Light-years from Earth.

6 Ak’b’al (Jan. 3rd) – a “structuring” type of energy associated with “home and/or sanctuary”, this energy has manifested occasionally as “darkness everywhere”, as when the Eastern Interconnect Power Grid suffered a massive power blackout under this influence in 2003

7 K’an (Jan. 4th) – “self-generating germination” or even “self generating opulence”, situated at the pivotal middle point in this “knife edged” trecena – this is an energy that can really put one “to the test”; peak of the Quadrantids Meteor Shower (up to 40 meteors per hour)

8 Chikchan (Jan. 5th) – the “resurrection of Lifeforce”, this time in conjunction with the opening of the extraordinary Harbin Ice Festival in Northeast China (see above)

9 Kimi (Jan. 6th) – the “outward projection of death/new foundations”, Maya anniversary of the energy in place when Haiti was struck by a 7.0 earthquake in 2010 (the 5th Gregorian anniversary of that event will be on Jan. 12th)

10 Manik’ (Jan. 7th) – the bare-bones/ foundational energy of “source” combined with that of the sun-carrying Deer; an energy often aligned with reciprocity

11 Lamat (Jan. 8th) – a “bright light” kind of energy that often heralds something new; this force can sometimes bring a sudden shift, as when Napoléon renounced his throne two hundred years ago and tried to poison himself, or when women received the right to vote and hold elected office in Manitoba in 1916. On this day Elvis Presley would have celebrated his 80th birthday. (Click here for some great retrospective moments.)

12 Muluk (Jan. 9th) – a “pulling together” or “grouping together” type of energy associated with water; a good time for people to find ways to be adaptable, to “put heads together” to search for new pathways or find new solutions to problems

13 Ok (Jan. 10th) – associated with “transformational love” or “transformational fire”, this is an energy that holds the potential to be a real “scorcher”. This energy can manifest as the final big push away from “sacrifice and separation” towards greater freedom, creativity, and integration, as seen in the Treaty of Paris that ended the American Revolution in 1783. Last day of a 4-day tribute to Elvis at Graceland in celebration of his 80th birthday.