As we get into the holiday season and approach the closing of the year the strong Quetzalcóatl-related forces associated with the Chikchan trecena are now coming into play. The last time this trecena was in place was near the end of March, near the closing of the Classical Maya year. And now, as this old Gregorian year ebbs, the Chikchan trecena will bring forth both the Winter Solstice and a New Moon. 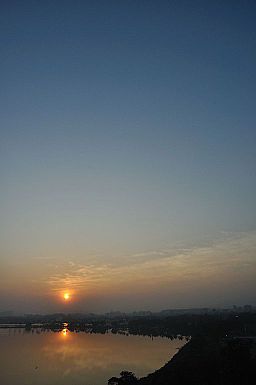 The fact that these “turning points” are aligned with the middle of this “Emergence and Liberation” oriented energy frame suggest that some strong and invigorating energy shifts could come into place at this time. With Christmas also coming in, followed (the day after) by a strong “Burner Day”, the usual vibrant and inspirational energies of this time frame could be magnified. After all, it was the image of the great Feathered Serpent that adorned thousands of books, carvings, and sacred objects in Mesoamerica prior to the 16th century Spanish intrusion.

From a Maya Calendar perspective, this was a very auspicious energy – and it is now coming in at a significant point at the end of this Gregorian year. Moreover, not only will this Chikchan trecena be aligned with the turning points noted above, but the beginning of this trecena is situated at a point that marks the start of the third 52-day period within the 260-day cycle – a key position within the overall count. 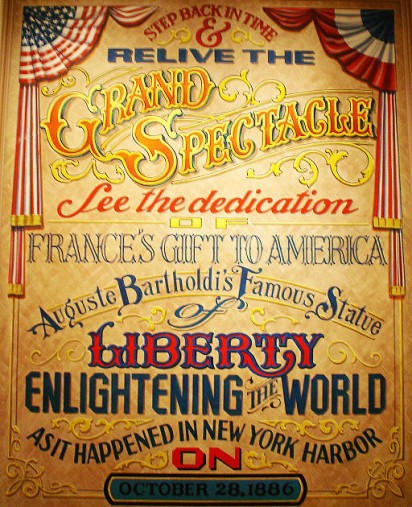 Oct. 28, 1886 poster of the opening of the Statue of Liberty on One Chikchan. Photo Credit: Jdontfight (Own work) CC BY-SA 3.0 (http://creativecommons.org/licenses/by-sa/3.0)], via Wikimedia Commons

Often there can be a strong power-push during this time frame, the sort of push that can release blockages or even bring forth inspirational energy surges. Although this frequently manifests in volcanic and earthquake activity, on the human scale the emphasis is often on emergence, or on shifts from one state of being into another.

This was certainly the case in 1776 when the U.S. Declaration of Independence was adopted on the ninth day of this trecena, and again in 1960 when John F. Kennedy delivered his acceptance speech after narrowly winning the presidential election. In that speech an echo of this energy push could be heard in Kennedy’s pledge to devote himself “to the cause of freedom around the world”. That same One Chikchan energy had been in place at the dedication of the Statue of Liberty in New York in 1886 – with the reopening of that statue (after renovations) taking place on the second day of this time frame in 2012.

This idea of freedom and the opening up of new possibilities seems to be a common theme during this sequence. Often infusing people with a strong sense of “mission”, this energy sequence has often fomented world-shifting actions, as when Hernan Cortés and his conquistadores accepted the surrender of the Aztecs at Tenochtitlan on the first day of this trecena in 1521, after defeated them in a fierce battle. One hundred years ago it was this trecena that kicked off the German invasion of Belgium and Britain’s declaration of war against Germany at the beginning of WWI. And then four years later this energy also brought that war to an end, precisely six Tzolk’in cycles after it began. 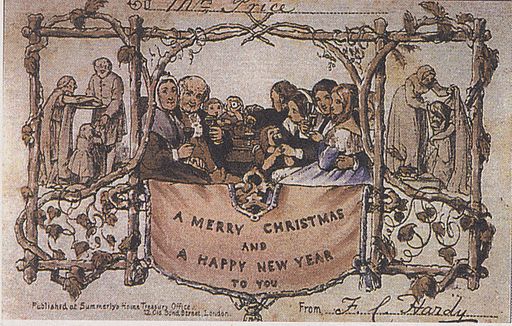 This year the emphasis during this trecena seems to be on Christmas – which was most definitely in the minds of four creative and enterprising fellows who have been supremely influential in terms of contributing to and even shaping our modern conceptions of this holiday. 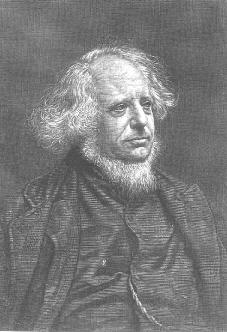 ALL FOUR of these men were born right in the middle of this Chikchan energy frame, with Seven Chuwen, the exact mid point, being the Maya birth energy of Sir Henry Cole, the 19th century English inventor and industrial designer who came up with the idea of sending greeting cards at Christmas time. In 1843 he commissioned the artist John Callcott Horsley to design the first Christmas card. As it happened, Horsely was also born on Seven Chuwen, nine years after Cole.

Then, seven years later, Louis Prang was ushered into the world, on Six Ok, the day before Seven Chuwen. Prang also became an artist and publisher, and thirty years after the introduction of Christmas cards in England, Prang began designing and creating cards for the American market, introducing his first Christmas cards to that country in 1874. Prang eventually became known as the “father of the American Christmas card”. 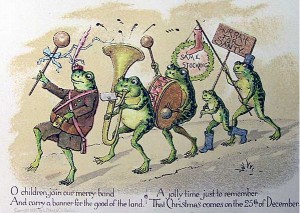 And then, of course, there is Charles Dickens, the individual whose very name is synonymous with this time of year. Dickens was the second of this quartet to arrive in this world, on a 9 B’en day in 1812. In 1843 his tale of the transformation at Christmas time of a bitter old miser into a kind and benevolent care-giver was published in mid December, coinciding with the sale of Horsley’s cards, and “Voila” – a whole new tradition was born. Within the context of the calendar all four men would celebrate their Maya birthdays within four days of one another, between 6 Ok and 9 B’en. 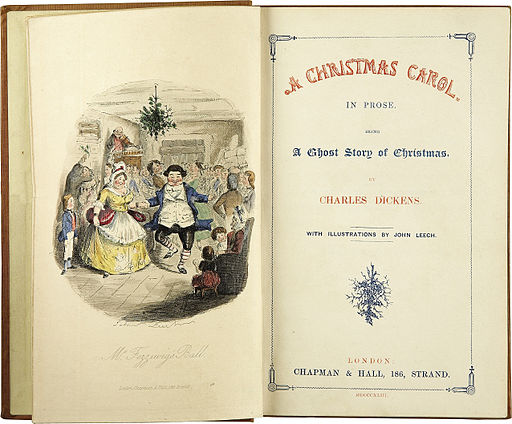 Title page of the First Edition of “A Christmas Carol” by Charles Dickens, with Illustrations by John Leech. Published in 1843 by Chapman & Hall. Public Domain via Wikimedia Commons.

This particular December, the 6 Ok Tzolk’in anniversary of Louis Prang’s birth energy coincides with the Winter Solstice, the 7 Chuwen Tzolk’in anniversaries of the births of Cole and Horsley coincide with the New Moon, and on Christmas Eve, as millions cozy up in front of their fireplaces to watch A Christmas Carol, or some version of it, they will be watching it on the Maya birthday of Charles Dickens himself!

As the rush, the vibrant energies, and magic of the season work their way through this trecena, through the Winter Solstice, and the days of Christmas itself, these are the energies that will come into play:

1 Chikchan (Dec. 16th) – the “initiation” of Lifeforce/Higher Wisdom at the start of the third 52-day period within the 260-day cycle, an intense and highly influential position within the overall cycle

2 Kimi (Dec. 17th ) – a dynamic type of energy aligned with “death” or the “return to source”, this time in conjunction with the 78th birthday of Pope Francis; often manifests as a push-pull type of force that can shake things up and set new foundations for action

3 Manik’ (Dec. 18th) – the “activation” of reciprocity, symbolized by a deer that “embodies” the sun on Earth; a kind of harmonizing, “hands-on” type of energy connected with the natural world, this time in conjunction with the “seating” of the Maya month known as K’ank’in, or “Precious Sun”.

4 Lamat (Dec. 19th) – a “defining” energy associated with Venus (the sun and Venus working together), often serving as a beacon or herald 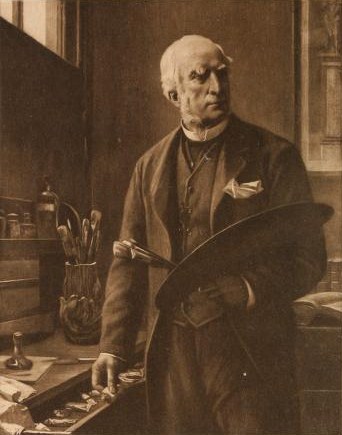 7 Chuwen (Dec. 22nd) –“self-generating play”, a highly creative “time weaving” type of energy that can sometimes conjure up things of an unusual nature; Maya birth energy of both Sir Henry Cole and John Callcott Horsley who collaborated to bring into being the first Christmas card. At this time Venus can be seen with the New Moon in the evening sky, at the time of the Ursids Meteor Shower.

8 Eb’ (Dec. 23rd) – the “resurrection” of the pathfinding energy of vitality, associated with the “dew of life”; a day which the Maya devote to the Celebration of Personal Life, as was in place in 1994 when Nelson Mandela won the election to become the first democratically elected State President of South Africa.

9 B’en (Dec. 24th) – the “outward projection” of “personal authority”, this time correlating with Christmas Eve and the Maya birth energy of Charles Dickens, whose works so vividly highlight 19th century social injustices. Completion of the second Tzolk’in cycle for little Prince George of England. At this time Mars can be seen with the waxing crescent moon in the evening sky. 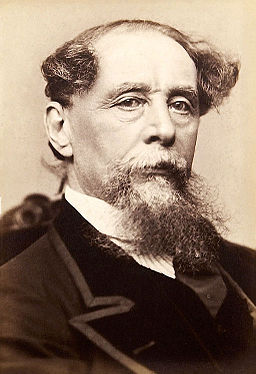 10 Ix (Dec. 25th) – a “source” based energy associated with the jaguar and the mysteries of the earth, this time correlating with Christmas Day, the 100th anniversary of the Christmas Truce on the Western front in 1914, and Justin Trudeau’s 43rd birthday

11 Men (Dec. 26th) – “inspirational Eagle” – a Burner Day that can bring change or a new form of Higher Vision, this time correlating with Boxing Day

12 Kib’ (Dec. 27th) – a “gathering together” type of energy, associated with the ability to “survey”, clean things up, and ultimately restore order

13 Kab’an (Dec. 28th) – transformational movement (or earth movement), a powerful force that can bring either heavy weather conditions, or significant “movement” of an evolutionary nature – this time in conjunction with Dame Maggie Smith’s 80th birthday, and the Dia de los Inocentes in Mexico (Feast Day of the Innocents), in remembrance of the Biblical story of the children who were slain on the order of King Herod.