House, home, temple, introspection, dreaming . . . these are some of the many ideas associated with Ak’b’al and this trecena. For the thousands who are still locked into their homes by ice and snow, such things will continue to be the focus, as it will be for those who are starting the long clean-up from an interminably long winter.

But whether snowbound or not many opportunities will be available during this Ak’b’al trecena for “looking inward” in order to determine new approaches to action. With the ancient Aztec patron of this time frame being Itzpapálotl (Obsidian Butterfly), representative of the “war within the heart that leads to truth”, it is intriguing to see how many events are scheduled to take place at this time that are oriented around overcoming the trials and tribulations of life. 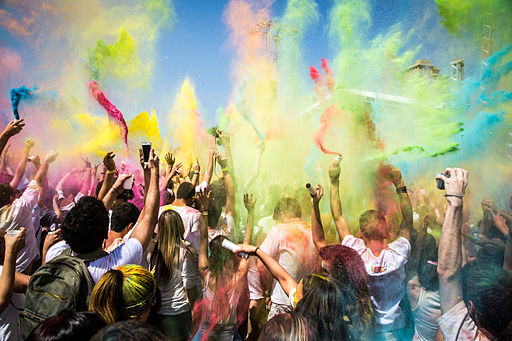 These include outright fun things such as the colourful Holi festival in India and elsewhere, International Women’s Day events, and a number of significant events associated with civil rights – specifically events and issues associated with the life of Dr. Martin Luther King Jr., beginning with the return of his birth energy on the second day of this trecena. As Dr. King was born under the influence of this 13-day period we can surmise that this influence could well have helped him to formulate the “Dream” that was so influential to the civil rights movement at that time.

I still have a dream, a dream deeply rooted in the American dream – one day this nation will rise up and live up to its creed, “We hold these truths to be self evident: that all men are created equal.” I have a dream . . . 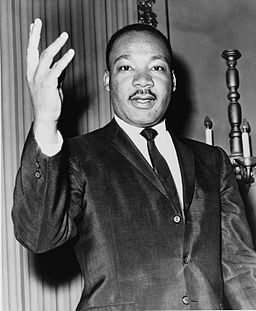 Martin Luther King Jr. in 1964. Photo Credit: Dick DeMarsico, World Telegram staff photographer [Library of Congress. New York World-Telegram & Sun Collection, Public domain, via Wikimedia Commons]. This trecena brings a return of his Maya birth energy, a revisiting of his civil rights accomplishments in Alabama, and the return of the energy that was in place when his memorial was unveiled in Washington D.C. in 2011.

In the past this energy sequence has brought a number of “hidden secrets” into the open, as in the exposing of the Watergate affair during the early 1970’s that led to President Nixon’s impeachment, and the exposing (by WikiLeaks in 2010) of a cache of more than 250,000 diplomatic cables and classified documents pertaining to correspondence between U.S. diplomats and their allies and partners around the world.

In May of 2012 this trecena saw tens of thousands of Occupy Wall Street activists clash with police in protest demonstrations across the U.S. and around the world as people vented their frustrations concerning austerity measures, tax hikes, and high unemployment. In early January of 2013 aboriginal groups across Canada engaged in Idle No More protests during this trecena to bring attention to the urgent need for improvements in government implementation of aboriginal rights and agreements.

One cycle later, in October of that year, the “darkness” aspect of this trecena played itself through in many different ways, from the shutdown of the U.S. government, to the horrific typhoon in China that affected four million people, to the blizzards and storms in the U.S. Midwest and Northeast that triggered widespread blackouts, to the nationwide shutdown of cell phone service in Canada. With all the shutdowns, stoppages, outages, it was one thing after another. 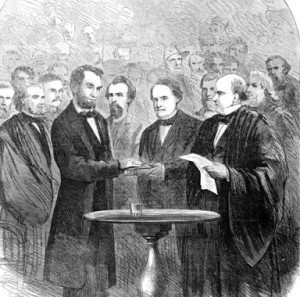 Within U.S. Congressional chambers at that time issues associated with morality and ethics had become so acute that near the end of the trecena the Senate Chaplain felt it necessary to scold lawmakers for their “shameful” behaviour, and to include prayers for members of Congress to be delivered from transgressions, smugness, selfishness, “stubborn pride”, and “from the hypocrisy of attempting to sound reasonable while being unreasonable.” That seemed to help as things seemed to improve in that realm immediately thereafter.

Represented symbolically as “Temple” or “House”, Ak’b’al is often associated with “dreaming”, and with the exploration of deep mysteries. This is a great time for reflection, for good old-fashioned “soul-searching”, and for the unburdening and cleansing of “old issues” to make room for new possibilities. During this period these are the energies that will come into play:

1 Ak’b’al (Mar. 4th) – the “initiation” of “darkness” (or “contemplation”), in association with deep mysteries; often a good time for reflection and “dreaming”; the 150th Gregorian calendar anniversary of the second inauguration of President Abraham Lincoln

2 K’an (Mar. 5th) – a dynamic type of energy often aligned new possibilities, this time in conjunction with the Full Moon. Maya birth energy of Dr. Martin Luther King Jr. who put forth such passionate calls for freedom, justice, and brotherhood during the 1960’s 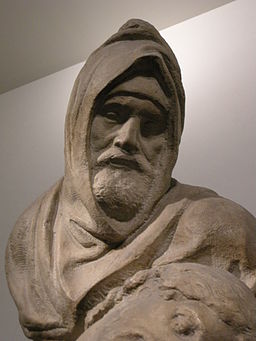 Face of Michelangelo depicted in his Pieta Bandini. Photo Credit: I, Sailko [GFDL (http://www.gnu.org/copyleft/fdl.html), CC-BY-SA-3.0; CC BY 2.5 via Wikimedia Commons

3 Chikchan (Mar. 6th) – “the activation of lifeforce”; an important Burner Day oriented around the idea of “announcing the fire”, the type of energy that can sometimes “charge” people to take action, particularly if pressing issues suggest the need for consciousness raising – this time in conjunction with the  start of the colourful Holi festival in India, and the 540th anniversary of the birth of Michelangelo Buonarroti (although Michelangelo was not born during this trecena he WAS born on an Ak’b’al day).

4 Kimi (Mar. 7th) – a “defining” force associated with “absolute foundations” representative of the sun in combination with “death” or the point at which “all is revealed” so that regeneration can begin, this time in conjunction with the 50th anniversary of “Bloody Sunday”, the first Selma civil rights march (in 1965). Also the day of the funeral for Ernest Cote, the 101 year old D-Day veteran and war hero who was known for his strength and bravery,

5 Manik’ (Mar. 8th) – a “blessing” or “precision” type of energy associated with reciprocity, at this time in conjunction with International Women’s Day (with its theme this year of “Make it Happen”), the return of Daylight Savings time, and the beginning of the re-enactment of the 54-mile Selma- to-Montgomery march in Alabama, in honour of the struggle for voting rights worldwide. 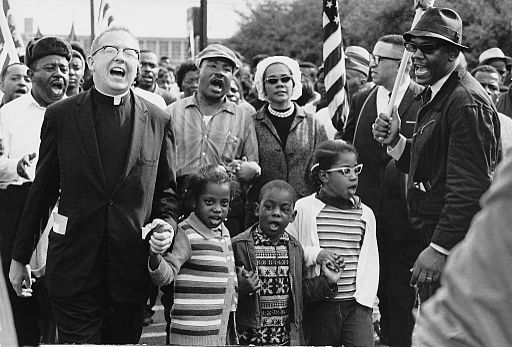 6 Lamat (Mar. 9th) – an “everywhere” type of energy associated with the heralding of new ideas, this time in conjunction with the first day of the 59th session of the Commission on the Status of Women, held at United Nations Headquarters in New York, attended by members from all regions of the world. This is taking place 10 years after U.N. Secretary-General Kofi Annan introduced a sweeping proposal under this same Six Lamat influence, as a blueprint to help the U.N. fulfill its promise to reduce world poverty, ensure international security, and uphold human rights.

7 Muluk (Mar. 10th) – a “self-generating”, shape-shifting type of energy associated with water; the type of energy that, in the past, has been quite pivotal in its attention-getting capacity, as when Senator Robert F. Kennedy announced his candidacy for the Democratic presidential nomination in 1968. Just over 4 years ago this was the energy in place when Yale astronomer Pieter van Dokkum and Harvard astrophysicist Charlie Conroy made public their findings that there could be some 300 sextillion stars in the universe (3 trillion times 100 billion or 3 + 23 zeros)

8 Ok (Mar. 11th) – a “double sun” type of force, symbolic of the “resurrection of love, guidance, and loyalty

9 Chuwen (Mar. 12th) “outwardly projecting artistry” – the energy that was in place in 1789 when the Bastille was stormed in Paris, marking the beginning of the French Revolution, and in January 2013, when U.S. President Barack Obama and Vice-President Joe Biden were sworn-in for the second time. At this time it corresponds with World Kidney Day.

10 Eb’ (Mar. 13th) – “foundational animating vitality”, at the time of the conclusion of the re- enactment of the Selma-to-Montgomery march

12 Ix (Mar. 15th) – a “gathering together” type of energy oriented around earth forces and deep mysteries; this time in conjunction with the 4th Gregorian anniversary of the beginning of large anti-government protests that flared into the Syrian Uprising. As of January 2015, the UN estimate for the number of people killed in that country since then is some 220,000, along with millions who have been displaced.

13 Men (Mar. 16th) – transformational Eagle; a high-energy type of force that can be world- shaping, as was in place last year when NASA tested a new Low Density Supersonic saucer- shaped vehicle designed to land on Mars