It seems that on this 9 Kab’an “Day of Lights”, the first in a series of light-related days celebrated worldwide for Diwali, the sun itself decided to put on a rare show. Today’s solar eclipse was a rare hybrid, during which an annular solar eclipse changed into a total solar eclipse. An explanation of this phenomenon can be found here, at Universe Today.

Four years ago, also on a 9 Kab’an day, NASA captured an image that is a great example of the kind of celestial light show that is available for viewing by those with the right kind of equipment. This was the Butterfly Nebula, one of NASA’s most spectacular discoveries. 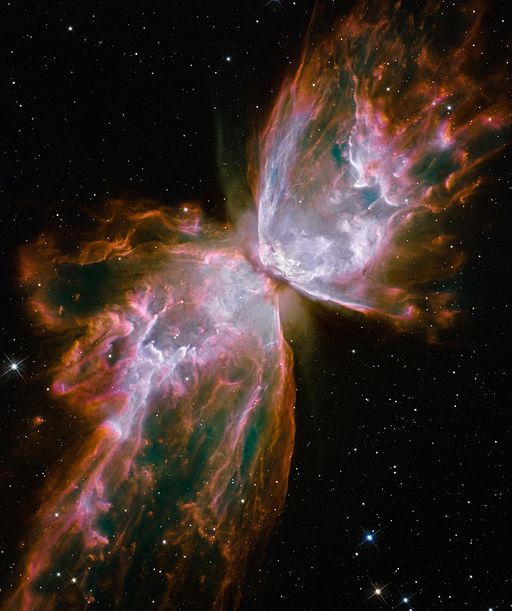 For a further explanation of Diwali, and some spectacular images, click here. For those living in the Greater Vancouver area (or those who want to visit) there is a major DiwaliFest under way, being celebrated for 11 days (Oct. 29th to Nov. 8th). For info. (including videos) click here. For a great “Non-Indian’s Guide to Diwali”, click here.

While we are on the subject of celebrations, perhaps we should say happy Maya birthday to Pope Francis, born on a 9 Kab’an day in 1936. Is it just a “coincidence” that his predecessor, Pope Benedict XVI, was elected on a 9 Kab’an day? During that event, in 2005, could the future Pope Francis have sensed that he would be the next in line?

And speaking of “coincidences”, which in the Maya calendar are essentially energy alignments, something that happens extremely frequently is the appearance in the newspaper, on TV, or on the Google home page of news items that relate to individuals whose Maya birth energy matches (on, or within a day or two of) the day in which the item appears. This happened again on this 9 Kab’an day when Google highlighted the life and work of Shakuntala Devi, the mathematical genius known as the “Human Computer”. Google was honouring what would have been her 84th birthday on Nov. 4th, but her Maya birthday is 9 Kab’an, which is today.